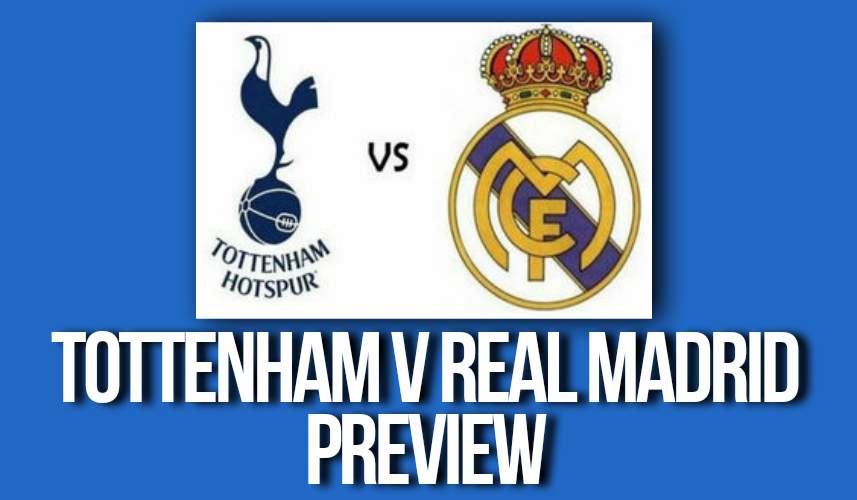 The eleven-time winners of the UEFA Champions League and La Liga title holders, Real Madrid, have not got off to the kind of start it likes in the ongoing 2017-18 season. They are struggling on the 3rd spot presently on the La Liga table. They are on twenty points. Five clear points below current leaders and arch-rivals Barcelona.

The eighteen goals they have scored from their nine local outings is low by their own high standards. The prolific Ronaldo finding the back of the net just once.

But the silver lining for Los Blancos going into their major Group outing at the Wembley against Tottenham is that they are on an unbeaten run of six games in the past thirty days. Their only draw coming at the Bernabeu against their November 1st rivals in the 1st leg of the Champions League.

Real are on identical points with Tottenham in the Group H cluster. They would like to go one up on the English club at the Wembley this week.

No stopping Ronaldo's Goal form in the UCL

Much in contrast to his form in the La Liga this season, Ronaldo looks to be all fired up in the UCL. He has accounted for five of the seven goals his side has scored so far.

The only serious omission for the Tottenham Hotspur v Real Madrid Wembley clash will be injury-prone Gareth Bale .He has been out since September with a calf injury. This was sustained during a match against Borussia Dortmund.

The dangerous Benzema and Isco will be there along with Ronaldo to spear-head the Real attack. Toni Kroos, Casemiro, Luka Modric, Marcelo and Sergio Ramos despite being components of the mid-field and back space are attacking players of the highest quality and goal-scorers in their own right.

Spurs on a roll in the Premier League

Tottenham's form in the English Premier League has been better than that of Real's in the La Lig. Mauricio Pochettino's men have truly been on the ascendance. The Lilywhites are in the 3rd spot of the EPL Table. Given their current form they are likely to edge past current runners-up Manchester United. They were on equal points with them.

As for the Wembley UCL clash, it could be the stoic Spurs defense to the fore with folks like Toby Alderwield, Jan Vertoghen, Eric Dier and Harry Winks holding forte against Real's dominance in ball-possession and shooting prowess. A major role will be played by the incredible Hugo Lloris who warded of as many as eight shots on target at the Bernabeu in the 1st leg and conceded just once and that too, a Ronaldo penalty.

Spurs will be looking to hit back on the break and with men like Harry Kane, Del Alli, Christian Eriksen and Heung-Min Son upfront. The Real defense are sure to be caught napping more than once. That's where the goals for the hosts could come.

For Los Blancos, there's also the danger of the over-zealous Marcello, Ramos and Varane to leave gaps at the back in their eagerness to attack. Harry Kane, with his fantastic scoring abilities, has been the cynosure of many European club. Real Madrid were heading the list. However a release clause of over £200 million has kept him beyond reach of potential suitors.

Zidane will in all likelihood adopt the 4-3-1-2 formation he did in the 1st leg. Ronaldo and Benzema acting as strikers while Mauricio Pochettino will go for a 3-4-2-1 with Kane in the striker's role.

A close encounter can be expected on Wednesday despite the bookmaker odds being slightly in favour of a Real Madrid win. A draw looks a strong possibility once again.