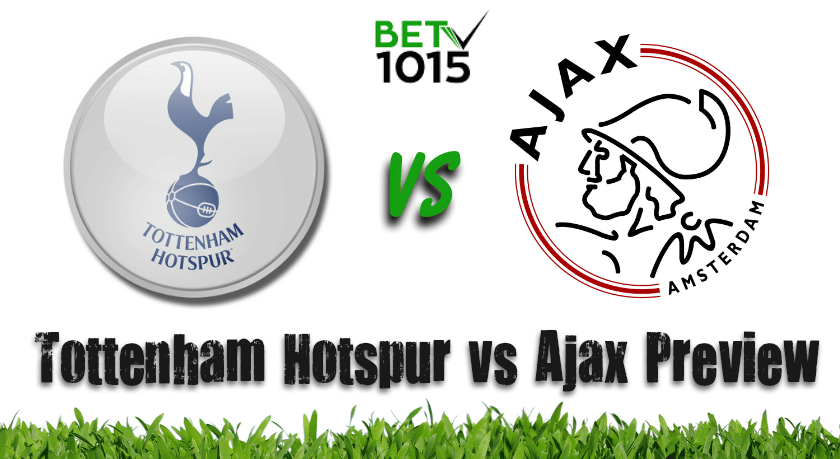 Check out the bonus and odds on offer from our list of New betting sites below.

A weary Spurs get ready to host the Dutch League leaders Ajax at the Tottenham stadium for the first leg of the UEFA Champions League (UCL) semi-finals on Tuesday night.

For probably the most important clash in his career, Mauricio Pochettino will be without his talismanic striker Harr Kane out with a long-term injury and his most in-form player Heung-min Son out on a yellow-card suspension.

So, it will be left to the likes of Lucas Moura, Christian Eriksen, Fernando Llorente and Del Alli to deliver for the Spurs on April 30th.

Tottenham suffered a Premier League setback when they succumbed to their first loss at Tottenham stadium against an un-fancied West Ham thus jeopardizing their chances to stay in the Top four of the EPL up to some extent.

Pochettino had insisted he was not thinking about Tuesday night when he chose his starting XI for the West Ham game.

Players like defenders Jan Vertonghen and Kieran Trippier, mid-fielder Victor Wanyama and striker Fernando Llorente were not risked, but in all probability make the cut for the first leg.

Meanwhile, Ajax star Donny van de Beek has put the pressure on Tottenham ahead of their Champions League semi-final meeting next week, hailing Mauricio Pochettino's side as the favourites to reach the final.

The Amsterdam side themselves have been nothing short of sensational, dispatching off favourites Real Madrid and Juventus on their way to the last Four.

The Eredivisie leaders currently share the top spot with PSV Eindhoven on 80 points, but having scored 16 goals more than the latter, Ajax have a clear chance of ending title-holders for the 2018-19 season what with only two more games to go.

As for Pochettino, the Argentine manager is in uncharted territory, having never got this far in the Champions League with progress to the round of 16 his previous best run.

But, nevertheless his attacking and high-pressing tactics have earned him successes against German and English power-houses Borussia Dortmund and Manchester City in his run-up to the UCL semi-finals.

Spurs will have to be extremely wary of their Dutch opponents who have distinctly revelled in away games as they demonstrated with their wins in Madrid and Turin earlier.

Their lighting fast “hit-on-the-breaks” tactics have left opponents gasping and most of their goals have come that way. Which makes them likely to score at least once if not more on Tuesday.

Despite Kane and Son's absence bookmakers are giving the hosts a slight edge for April 30th's first leg at 7/5 and 2/1 for an Ajax win.

For a draw it's 12/5 which definitely seems a good bet.

So far, Erik ten Hag's men have proved all the bookmakers online wrong.