Tottenham Hotspur vs Burnley – Spurs to Banish Clarets at 13/2 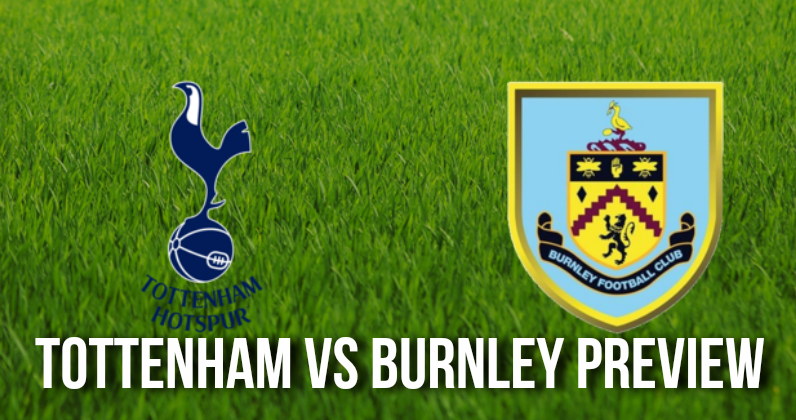 Tottenham were truly unlucky to have lost the Wembley game to Chelsea 1-2 and it was a simple error on part of goal-keeper Hugo Lloris that cost them a point and handed three to their opponents.

Sunday's opponents, Burnley, will be much easier opposition and an opportunity for the Mauricio Pochettino's men to collect three comfortable points.

As for Burnley, the swagger post the stunning upset handed out to champions, Chelsea, seemed to have given way to a limp after being humbled by West Bromwich 0-1 in a home game.

Sean Dyche's men, despite cornering two-thirds of the ball possession were able to come up with nothing.

Strikers Sam Vokes and Robbie Brady ran out of goal-mouth ideas against a resolute Baggies defense .

When it will boil down to finding holes in the Tottenham defense (that's among the most parsimonious when it comes to giving away goals) the task of scoring will just become that much harder for the visitors.

The Tottenham attack comprising of Harry Kane, Del Alli and Ben Davies will not just aim to win but rack up as many goals as they can, for in a close contest at the top of the Points Table, goal differences are going to matter a lot.

Kyle Walker-Peters (who debuted so impressively against Newcastle) was benched in the big game against Chelsea.

But the 20-year old could very well find his way back into the Spurs defense on Sunday.

Harry Kane will be on the look-out for his 100th goal for his club and no better opportunity could present itself than the one at Wembley on August 27th.

Burnley will have to capitalize on whatever few chances they are going to get and the kind of easy ones squandered by the likes of Jeff Hendrick, Ben Mee and Jon Walters against West Brom last weekend aren't going to get the Clarets anywhere at the Wembley, especially against a side as formidable as Tottenham.

Since the time of their re-entry into the Premier League in 2014, Burnley haven't been able to win any of their six outings against the Spurs.

four of them being defeats.

It promises to look no different this time. But the Spurs could be a bit wary after Sean Dyche's boys' shock away win over Chelsea not so long ago.