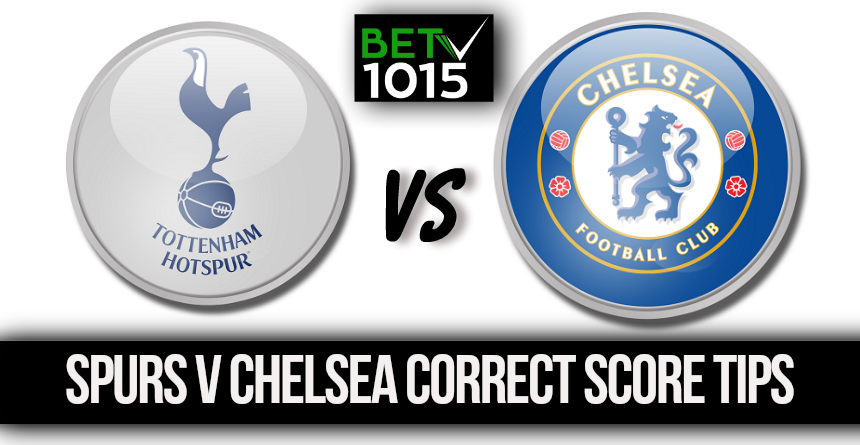 * The Tottenham vs Chelsea Odds are taken from online bookmaker Betsid and were correct as of 07/01/2019 – subject to change.

Tottenham vs Chelsea Where To Watch

Tottenham host Chelsea for the first leg of the semi-finals of the EFL Cup on Tuesday night at the Wembley stadium. Coach Mauricio Pochettino will be desperately wanting to lay his hands on some kind of silverware while Blues boss Maurizio Sarri will want to avenge the losses to their London rivals in both their encounters during 2018.

For the Spurs, Jan Vertonghen and Mousa Dembele look like returning to action in time for January 8th's match. Central defender Vertonghen has been out with a thigh injury since Tottenham’s 1-1 draw at Barcelona in December-mid while Dembele was missing owing to ankle trouble.

Both Pochettino and Sarri will in all likelihood field the same starting line-ups they did in their Premier League matches to Cardiff City and Southampton respectively.

Chelsea's inability to create chances as they did against Southampton could plague them on Tuesday as they will be coming up against a side who have been very high on scoring and conversions.

Spurs have pumped in as many as 36 goals starting December from just 11 games in all forms of competition, the last one being a 7-0 rout of Tranmere Rovers in the third round of the FA Cup.

Chelsea in the meantime have managed just 15 from the same number of outings.

The Blues will as usual have to primarily depend on their talisman, Eden Hazard, to pull something out of the hat if they were to make any headway on Tuesday, given that forwards Alvaro Morata and Willian haven't been in the best of forms.

As for Tottenham, it's hard not to see one of the front three getting goals – Christian Eriksen, Del Alli and Harry Kane all look like hitting the back of the net.

The Spurs will obviously miss the services of the in-form Son Heung-Min, away for the Asia Cup, but the side still are rich in attacking resources even without the quicksilver South Korean around.

While Tottenham beat Watford, West Ham United and Arsenal to progress to the semi-final stage of the EFL Cup, Chelsea overcame Liverpool, Derby County and Bournemouth making is quite evident that Pochettino's side are the more battle-hardened of the two.

Betfair are wagering on the hosts to take the first leg at Wembley on January 8 as the odds (subject to change) below, suggest.