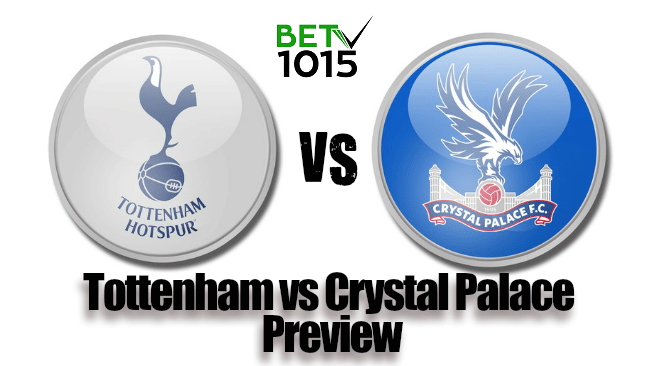 Tottenham Hotspur's horror show in the Premier League continued when a late own goal by Toby Alderweireld against Liverpool sent the West London club spiralling to their fourth defeat in five games.

Mauricio Pochettino's side have, in fact, looked outstanding at times but goalmouth flaws have plagued them on a regular basis.

Moussa Sissoko and Del Alli missed sitters in the Liverpool game while the likes of Christian Eriksen and Harry Kane have not been at their best.

Spurs have had to depend more on their side-actors like Lucas Moura and Son Heung-min for goals. A team that was averaging more than a goal per match for better part of the season have managed to get only four from their last five games.

Spurs now have the unique opportunity to make up for all their wrongs when they host Crystal Palace in their “brand new” stadium on Wednesday night of April 3rd. This is the first competitive game to be played at this ground. After nearly two whole seasons of playing “home' games at the Wembley, Spurs are finally moving into their new 62,000-capacity ground on the site of the old White Hart Lane, a project that has cost the club £850 million.

Pochettino was without Eric Dier for the weekend defeat at Liverpool and will be hoping that the key midfielder returns. Harry Winks should be back after missing the last match owing to a strained hip, while Serge Aurier could also return from a pulled hamstring.

Pochettino who had started with a 3-5-2 formation against Liverpool had switched to a 4-4-2 system which put pressure on their rivals at Anfield in the second half. This could prompt the Argentine coach to adopt a similar formation against Palace tomorrow. The starting XI in such an event could look like this.

Roy Hodgson's Crystal Palace have been following a strange pattern of alternate wins and defeats since early February ending with a 2-0 victory over relegation candidate Huddersfield Town last weekend.

The Eagles have interestingly fared better in their away fixtures this season and will look to capitalize on that score at Tottenham stadium on Wednesday. Palace's only injury concern is Mamadou Sakho, so Hodgson could well go with the same XI that beat Huddersfield. James McArthur was brought on for Max Meyer at half time of that game and he will be hoping for a 30th league start against the Spurs on Wednesday.

Palace will overwhelmingly bank on the brilliance of forward Wilfried Zaha who has scored in each of his last three away Premier League games, managing four goals in total.

No player has ever scored in four consecutive Premier League away appearances for the Eagles.

Tottenham have won 11 of their 19 Premier League meetings against Crystal Palace, drawing 5 times and losing 3 games. However the visitors have the recent distinction of knocking out Spurs in a FA Cup clash 2-0 at Selhurst Park in January.

Spurs desperately need a win if they are to remain in the Top Four. Even more so because Manchester United (currently in the 5th place) have caught up with them points-wise. The Devils are behind the London club only due to an inferior goal difference.