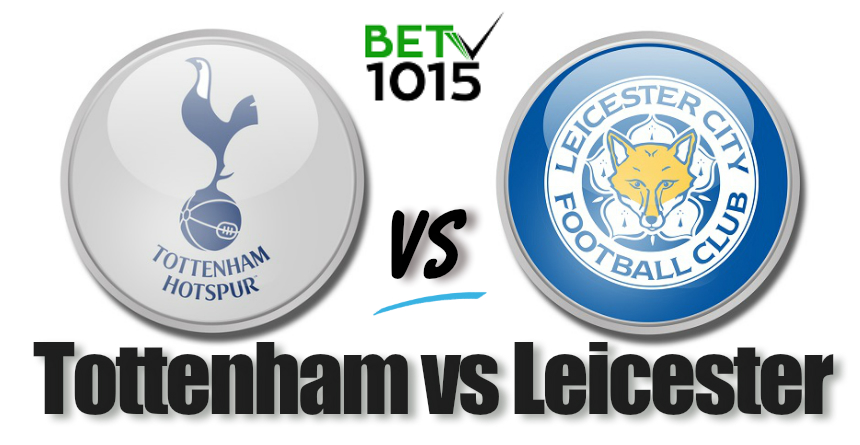 * The Tottenham Hotspur Vs Leicester City odds are taken from online bookmaker Betfred and were correct as of 09/02/2019 – subject to change.

Tottenham Hotspur Vs Leicester City Where To Watch

TV Channel:​ ​SKY Sports Premier League
When Is Kick Off?: Sunday 10th February
​What Time Is Kick Off?: 13:30 GMT
​Where Is It Played?: Wembley Stadium

Bet £10 on this EPL match and Get £40 in Free Bets for the Champ's League next week.

Tottenham seemed to have shrugged off the absence of star forwards Harry Kane and Del Alli, winning three Premier League games on the trot and are now gearing up to receive Claude Puel's Leicester City at the Wembley on February 10th, Sunday.

The bad news for the Spurs is that both Kane and Alli will be out for at least a month with further woes coming in for Mauricio Pochettino in the form of Ben Davies's injury and another mid-fielder Harry Winks just one yellow card away from a ban.

Ben Davies has missed the last three games with a groin injury he sustained in the EFL Cup semi-final against Chelsea and remains a major doubt for immediate fixtures. Fernando Llorente, dropped from last Saturday's 1-0 win over Newcastle could make a start upfront against the visiting Foxes. Lucas Moura, Christian Eriksen and Son Heung-Min will the other protagonists in the forward space.

Son is in excellent touch and with goals from his last three games could be given the role of the lone striker if Pochettino decides to opt for the 5-4-1 formation of play.

After defeats to Chelsea and Crystal Palace in the EFL Cup and FA Cup respectively, Tottenham are suddenly less burdened, having to compete on two fronts only instead of four.

Tottenham's expected line-up in a 4-3-3 formation:

The Foxes, too, have been beset by injuries with Marc Albrighton and Daniel Amartey ruled out of the Wembley clash. Leicester fans are looking forward to new signing 21-year old Belgian mid-fielder Youri Tielemans to make his debut against the Spurs on Sunday.

With 35-year old Wes Morgan a spent force in the defense, it will be upto the likes of Harry Maguire and Jonny Evans to mind things at the back. The Foxes though will still bank on their star players like Jamie Vardy, Demarai Gray, Harry Maguire and the creatively attacking James Maddison to deliver.

Claude Puel's team have been well below par of late and their only win in 2019 have come from a 0-1 victory away at the Goodison Park on New Years’ day. Post that, they have gone through 4 winless Premier League games, the only redeeming feature in that spell being a 1-1 draw with Liverpool.

A 2-1 FA Cup defeat at Newport County was added humiliation for the midlands club.

Leicester City's likely starting XI for Sunday in a 4-2-3-1 formation:

Bookmakers are wagering on a 2-0 win for the hosts, but Leicester have the capacity to surprise as they have demonstrated against top-flight opposition like Chelsea, Manchester City & Liverpool before.

A win for the Spurs will keep them within 2 points of Manchester City and in the hunt for the title with 12 games remaining.