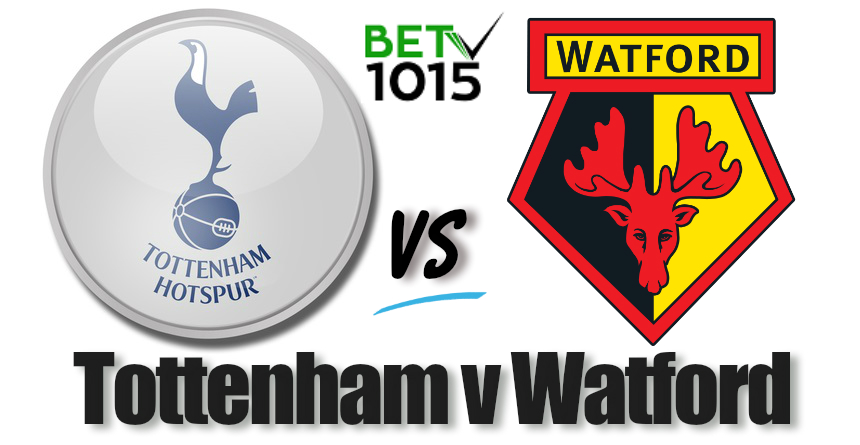 * The Tottenham Hotspur vs Watford odds are taken from online bookmaker Betsid and were correct as of 30/01/2019 – subject to change.

Tottenham Hotspur vs Watford Where To Watch

TV Channel:​ Sky Sports Live Score
When Is Kick Off?: Wednesday 30th January
​What Time Is Kick Off?: 20:00 GMT
​Where Is It Played?: Wembley Stadium

Having been eliminated from two competitions in quick succession, Mauricio Pochettino doesn't have much to look forward to as far as a silverware goes. Moreover, any hopes of a Premier League title were dealt heavy blows after recent defeats to the Wolves and Manchester United.

The Argentine coach has sorely missed the services of the likes of Dele Alli, Christian Eriksen, Son Heung-min and Harry Kane, all of whom are genuine goal-scorers.

The return of Son from international duty should provide some relief to a seriously depleted Spurs side going into Wednesday's clash with Watford.

Ben Davies, Alli and Kane are obviously out with long-term injuries. Moussa Sissoko is expected to return after recovering from a knee injury. Eriksen is also expected to return and along with Son restore some parity to the Spurs attack. Hugo Lloris looks all set to replace Paulo Gazzaniga given the latter's unimpressive show in recent outings.

Javi Garcia's Watford, meanwhile, are in the midst of a splendid run having lost just one of their previous 8 Premier League games and entering the 5th round of the FA Cup by beating Newcastle 0-2 in an away game last weekend.

The Hornets are now on the 7th spot of the EPL table and look to be on their way to their best performance in a season since the time they finished 9th way back in 1986-87.

They are likely to remain without Abdoulaye Doucoure, who is expected to be absent with a knee injury until at least the weekend.

Garcia had astonished fans by making 11 changes for the match against Newcastle, which means all his key players have been rested before the Wembley outing tomorrow night.

The Hornets, though, haven't had a very good track record against top half teams this season losing to Liverpool, Manchester City, Manchester United, Arsenal, Chelsea and Leicester City, although their 2-1 win against their Wednesday's opponents back in September will give them some comfort going into the Wembley clash.

Watford do not have a good history against the Spurs,though, their September 2018 win being their lone success from their last 9 outings with the North London club since 2012, not to speak of the 7 games they have lost in that period.

The only thing going for the visitors will be a depleted Spurs without the likes of Kane and Alli around and the fact that the Lilywhites have lost both their last fixtures at the Wembley in rapid succession.

But bookmakers are tipping the hosts to take 3 points from Wednesday's game. Even a draw is likely to keep Spurs comfortably ensconced in the 3rd spot which they are in currently.