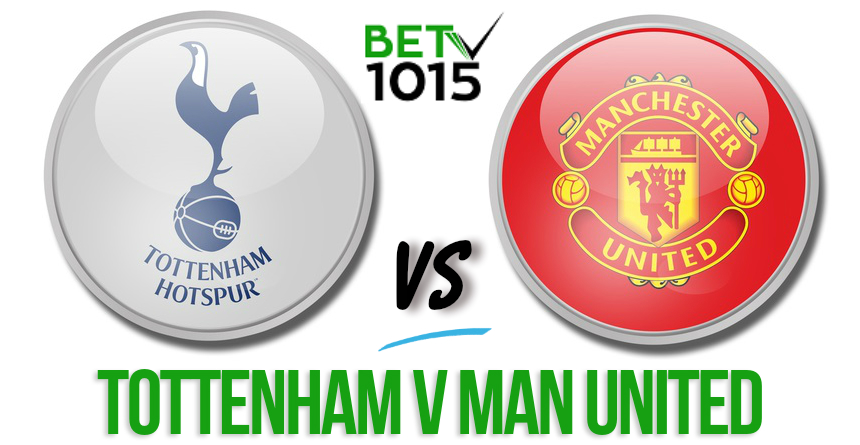 * The Tottenham v Manchester United Odds are taken from online bookmaker Betsid and were correct as of 10/01/2019 – subject to change.

The Red Devils gifted new manager Ole Gunnar Solskjaer with a seventh straight win in all forms of competition when they beat Newcastle 2-0 in their first Premier League clash of the year on January 2 and have been churning out one high-octaine performance after another under the 45-year old Norwegian.

Front-line players like Paul Pogba and Romelu Lukaku who appeared jaded under Jose Mourinho have been looking their influential selves once again.

Lukaku, who missed the first games under Solskjaer due to Rashford’s excellent performances upfront, however was among the goals in United's recent wins over Bournemouth and Newcastle.

The Belgian international again found the back of the net against Reading in a FA Cup clash on January 5 thus putting pressure on Solskjaer to have him in the team's starting line-up against Tottenham Hotspur on Sunday.

Since Solskjaer has been playing with just one striker up top, it is quite likely that either Lukaku or Rashford will not start and that one of them could come in later on in the game. The other two protagonists of the attack will be most likely Juan Mata and Anthony Martial that will complement Solskjaer's 4-3-3 formation.

Alexis Sanchez is expected to be fit for the Tottenham clash after he suffered a minor hamstring injury in the Reading game but he’s not likely to feature in Sunday's big clash.

Both Sanchez and Romelu Lukaku will be aiming to force their way into United’s starting XI, for it's hard to see the excellent Marcus Rashford being left out of the proceedings in such a vital game.

Anders Herrera, Nemanja Matic and Paul Pogba will man the midfield space while Ashley Young, Victor Lindelof, Phil Jones and Luke Shaw will make up the back four.

Barring the 1-3 shocker against Wolverhampton Wanderers on December 29, Mauricio Pochettino's Spurs have been on a winning spree, registering victories in all their remaining seven games since their defeat to Arsenal at the Emirates five weeks ago.

Son Heung-min and Harry Kane have been among the chief destroyers for the 3rd placed Tottenham this season getting 12 and 20 goals.

Heung-min Son will of course not be around after Sunday's Wembley clash as he will be away on duty for his country, South Korea, in the Asia Cup.

Lucas Moura who is expected to fill in for Son is now ruled out having limped out of the side's 7-0 FA Cup win at Tranmere with a knee injury.

Incidentally, it was Moura's double strike that helped Tottenham beat Manchester United 3-0 earlier in the season at Old Trafford.

Eric Dier, down with appendicitis and Victor Wanyama with a knee injury are still out. Furthermore, Belgian duo Jan Vertonghen and Mousa Dembele returned to training ahead of the FA Cup clash but were rested in the 0-7 Tranmere win on Saturday.

For the January 13th's clash, Pochettino will adopt the 4-2-3-1 formation packed with the same combination of players that walloped Everton and Bournemouth a fortnight ago. As many as 16 goals have been pumped in since then from their four outings and it will be the Fab Forward Four of Kane, Del Alli, Son and Eriksen who will be expected to carry that momentum forward at the Wembley on Saturday.

Of the 9 meetings since 2015, honors seem to have been shared between the two with United winning in five and Spurs in two, although it must be said that Pochettino's side have been on the ascendance of late.

After wins against mostly weaker sides, United are expected to stumble in their first acid test under Solskjaer. Hence odds are on the hosts to take three points from Sunday's big clash at the Wembley. At the best, it could be a draw if the Red Devils play to their full potential.