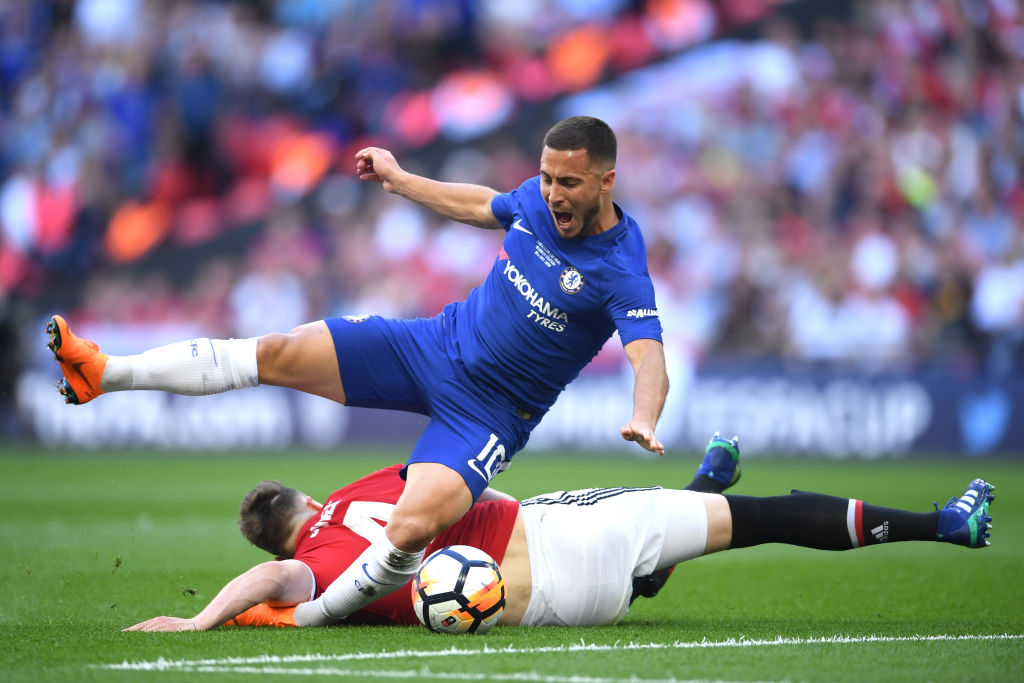 Eden Hazard has reportedly been pinning his hopes for a response from Real Madrid before he signs a fresh contract with his present club, Chelsea. The 27-year old ace Belgian international has made little secret of his desire to move to Madrid. With just a couple of years left for his contract with Chelsea to expire, the management at Stamford Bridge could come under pressure to sign a new deal for their star forward.

Hazard is believed to be looking for guarantees from Real Madrid that they will approach him in 2019 in event he refuses an offer from Chelsea this year.

The West London club have ridden to the top of the table this season largely on the back of Hazard's on-field exploits and it would be a big blow if he were to leave.

Meanwhile at the Emirates, Aaron Ramsey will run down his contract at the end of the season with Arsenal which means he could leave them for “free” at the end of it.

The 27-year old Welsh midfielder who came over from Cardiff City for £5 million in June 2008 has played 338 games for the Gunners and scored 59 goals in his decade-long stint with the club.

Ramsey has been linked with probable moves to Spain and Italy as well as rival English clubs like Liverpool and Manchester United. Arsenal coach Unai Emery may not be too eager to retain the veteran mid-fielder keeping in view the emergence of players like the 22-year old Nigerian, Alex Iwobi, who could fill in for Ramsey.

Despite leading the Premier League table, Chelsea and Liverpool are on the lookout for reinforcements. French club Lyon's Nabil Fekir was strongly linked to a summer move to Anfield that fell through, but it could well be revived come January next year. A move to bring in Genoa striker Krzysztof Piatek is also rumored to be in the works.

Paul Pogba may well have to stay put at Old Trafford despite all his differences with coach Jose Mourinho given that European sides haven't shown any interest in the Manchester United mid-fielder while on the other hand the United management may have to battle to retain David De Gea. Mourinho has managed to fight off interest from Real Madrid for the ace Spanish goal-keeper considered to be the best in the world.

De Gea is reportedly tired of the Red Devils's inability to seriously challenge for Premier League and Champions League titles. The last thing United would want is for him to run down his contract which expires at the end of the season making him a free transfer candidate.

A £275,000-a-week deal is rumored to be on the cards to retain the prized custodian at Old Trafford for one more year.

Some transfers rumored to be in the pipeline.