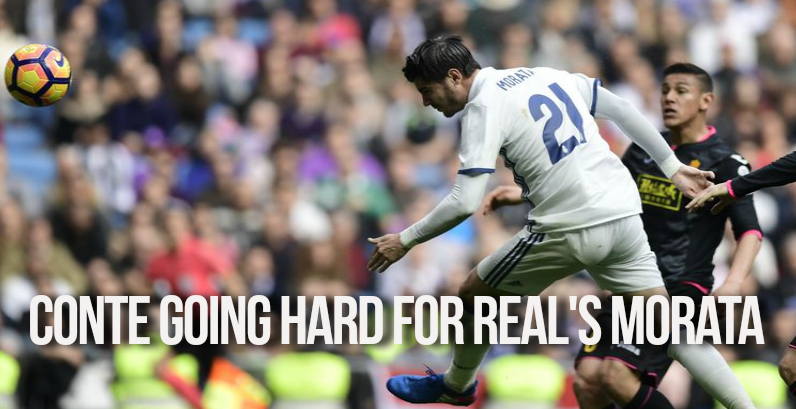 Antonio Conte's Chelsea are still undecided over the fate of their prime striker, Diego Costa, at the Stamford Bridge. The Spanish international forward is being rumoured to re-join his former club, Atletico Madrid. However a Costa Chelsea exit looks to be on the cards.

Costa was plagued by intermittent injuries in the 2016-17 season. His erratic form coupled with his controversial on-field behavior has left him with very few suitors. This despite his stature as a scorer. So much so that there are additional rumours afloat that he may be loaned out to Turkish club, Besiktas.

A Return to Atletico for Costa

Costa has expressed a desire to return to Atletico and has spurned offers from China fearing that he may not be on the Spanish international radar during next year's World Cup in Russia.

Conte Misses out on Lukaku

Conte's plan was to bring in Everton striker, Romelu Lukaku, to replace Costa. However his plan's were dashed when Manchester outbid him to grab the mercurial Belgian striker.

Chelsea have managed to snare 24-year old Roma defender Antonio Rudiger for £29 million, following the German-born full back's impressive show in his country's Confederation Cup triumph. Rudiger is expected to fill in for Cesar Azpilicueta who looks set to leave Stamford Bridge amidst increasing interest from Barcelona for the veteran Chelsea back. Azpilicueta's right-hand position in the three-man Chelsea defence formation make Rudiger an ideal choice for that space.

Meanwhile, the not-so-regular player category has witnessed frantic activity. 21-year old Chelsea midfielder Ruben Loftus-Cheek, will be on loan to Crystal Palace. This will be Frank de Boer's first signing as Palace Manger. He has edged out the likes of Newcastle, Southampton and Brighton in competition for the Chelsea mid-fielder.

Loftus-Creek joins youngsters like Tammy Abraham and Kasey Palmer who have also been loaned out to Swansea and Huddersfield respectively.

Sierra Leonese-born Nathaniel Chalobah is another young talent set to make a permanent move to Watford in absence of any assurance from Antonio Conte at Stamford Bridge. 20-year old England-born attacking midfielder Izzy Brown could be out on loan to Brighton by the end of the week.

The breaking news at Stamford Bridge is that Diego Costa has already bid adieu to his Chelsea team-mates even with his future hanging in balance.

Chelsea will be desperately hunting for a striker. They are heard to be going all-out for Real Madrid forward, Alvaro Morata, in a £70 million bid to snare him away from Manchester United even as strong rumors of the Spaniard's confirmed entry at Old Trafford are rapidly gaining ground.