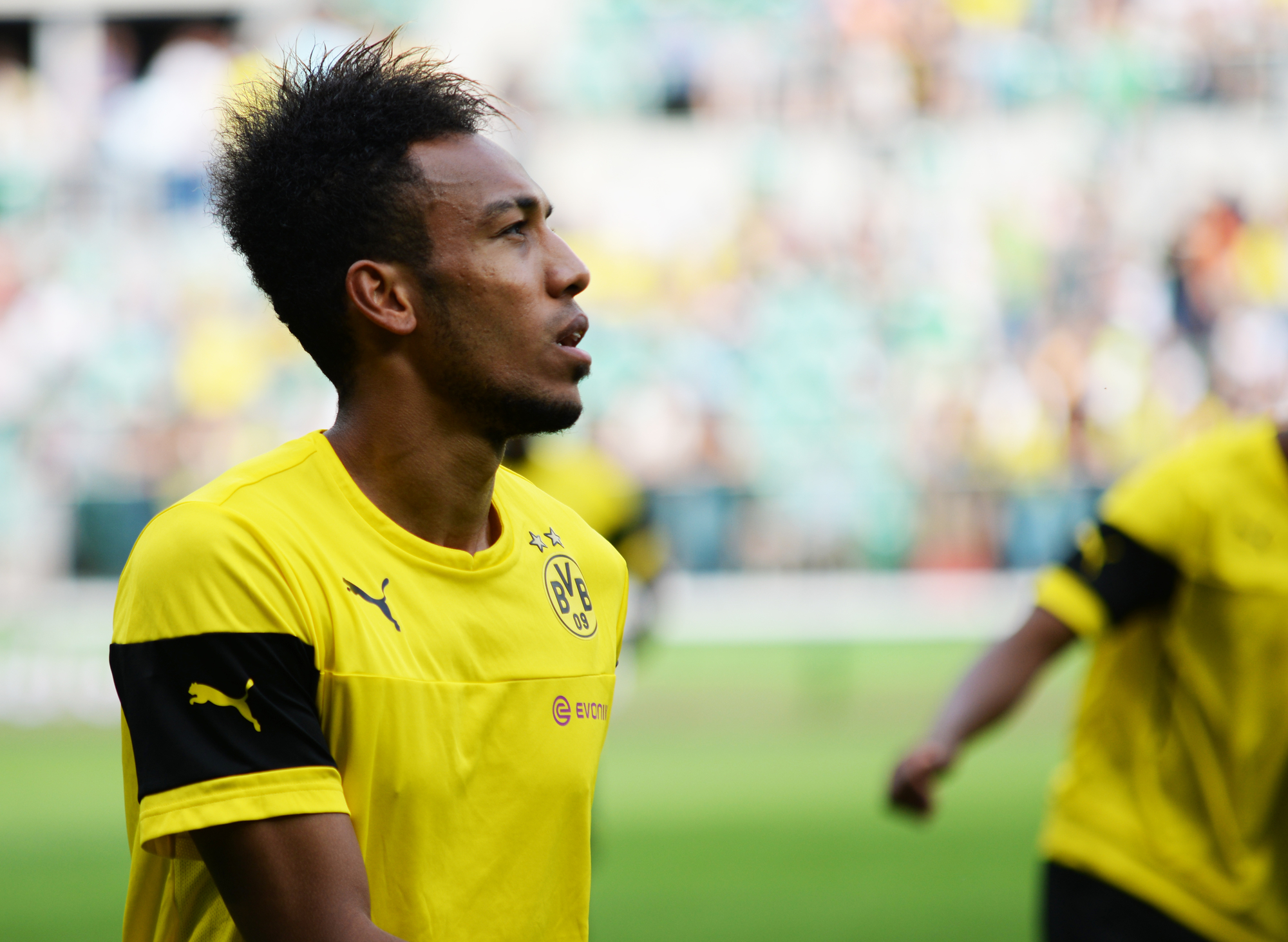 Arsenal made a record signing of £56 million for Borussia Dortmund forward Pierre-Emerick Aubameyang.

Arsenal's 1-3 humiliation at the hands of Table bottom-scrapers Swansea at the Liberty Stadium on Tuesday night was overshadowed by the news of the Gunners' record signing of £56 million of Borussia Dortmund forward Pierre-Emerick Aubameyang, eclipsing the £46.5 million spent by them on French striker Alexandre Lacazette in July.

The 28-year old French-born Gabonese, Aubameyang, has been one of Bundesliga's top scorers getting as many as 141 goals from his 212 appearances for Dortmund spread over four seasons.

The pre-closure of the transfer window has been marked by further frenetic activity at the Emirates. Henrikh Mkhitaryan, the Manchester United mid-fielder has joined the Gunners post-Alexis Sanchez's move to Old Trafford a week ago.

Mkhitaryan has commenced his stint with Arsenal, taking momentarily to the field during the Swansea clash. Another last-minute stunner in the Arsenal transfer saga has been the departure of striker Olivier Giroud to Chelsea in a £18 million move.

Mesut Ozil stays put at Emirates on a new 3-year contract that will earn him £350,000-a-week in wages.

While Giroud leaves for Stamford Bridge, Blues forward Michy Batshuayi heads for Borussia Dortmund on a loan deal till the end of the current 2017-18 season.

Meanwhile under-played Paris St. Germain mid-fielder Lucas Moura leaves the French giants for English shores. The 25-year-old Brazilian who had joined PSG for £33.5 million in 2013. He has featured in barely six games for his club this season despite scoring 46 goals from his two hundred plus appearances.

Moura's £23 million move to Tottenham Hotspur should see him flourish under Spurs manager Mauricio Pochettino and become a brilliant addition to Harry Kane & Co. The Brazilian will be expected to play a much bigger role here, having fallen behind in Paris in the new era of the Neymar-Kylian Mbappe-Edison Cavani combine.

Meanwhile Manchester City's bid to lure in Algerian striker, Riyad Mahrez, came a cropper as it was met with stiff resistance from a determined Leicester City who were not willing to part with him for anything less than £90 million. The City management, incidentally, were willing to cough up £60 million for the 26-year old.

Further news flowing out of Leicester suggests that striker Islam Slimani could leave on loan to Newcastle.

Another player joining the Magpies on loan just before the January 31 deadline was the 29-year old goalkeeper from Sparta Prague, Martin Dubravka.

In another see-saw move, Ghanaian forward Andre Ayew re-joined his old club, Swansea City, after having moved to West Ham in 2016.

The 28-year old forward's come-back transfer dented a hole of £18 million in the Swans' coffers, but he already seems to have made his mark with a goal in his club's 3-1 win over Arsenal on Tuesday.

Meanwhile 20-year old forward, Ademola Lookman's “stubborness” in leaving Everton for Germany paid off, with the young German let out on loan to RB Leipzig. Toffees coach Sam Allardyce was unwilling to part with Lookman especially after having sold off winger Aaron Lennon to Burnley.

Lastly, Leicester City midfielder, Andy King, who has seen his role at the club trimmed over the years departs the Foxes in a loan deal to Swansea City.