Manchester United and Chelsea deals for Morata fall through; James Rodriguez on loan to Bayern Munich 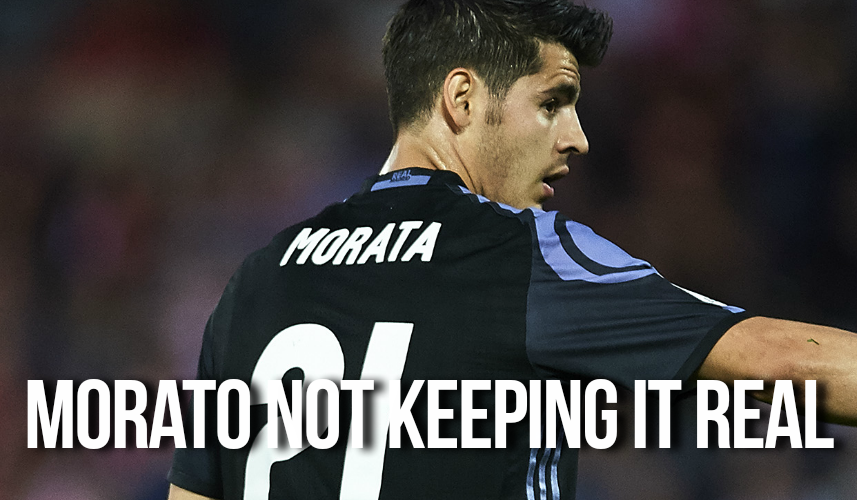 While there is pressure from some quarters on Alvaro Morata to stay on at Real Madrid, the 24-year old Spanish striker has almost made up his mind not to stay on at Bernabeu.

Morata's desire to feature in as many as starting XI's for the season could be dashed. Zidane doesn't consider him good enough to be in it. This is quite natural when a forward line is crowded with the likes of Ronaldo, Benzema, Bale and Isco. This despite the striker getting 20 goals from his 43 appearances for the club. This is much better than the 12 he got from his 47 outings for Juventus in the 2015-16 season. For Morata to be making a move abroad, it is felt that many a top notch club would like to see a player with 50 or more matches played per season.

Morata is a skillful striker and is good with both his feet and head. However it is felt that he lacks that extra bit of genius and improvisation. Especially needed to break through into a stellar Real Madrid front line.

Zidane is still willing to play the Spanish striker between 40 to 50 games in the coming season. Howver whether he will be able to feature in key matches still remains a doubt.

Meanwhile it is being rumored that Morata is miffed at being priced out of Manchester United and Chelsea transfer deals. Real were demanding £80 million from the English clubs. Manchester United was reportedly willing to go up to £70 million for the striker. Italian club, AC Milan, has shown interest in Morata. However they made it clear that they will sign him “only on our conditions.”

Meanwhile, James Rodriguez, has been loaned off by Los Blancos to Bundesliga giants, Bayern Munich. He has already made a mark immediately in helping the club to a 2-0 win over Werder Bremen in the Telekom Cup final. The 26-year old attacking Colombian midfielder who had won the “golden boot” in the 2014 Brazil World Cup had been signed by Real Madrid for a record £85 million, but failed to live up to expectations at the Bernabeu. The Colombian had also earlier missed out on his club's UEFA Champions title win over Juventus.

Bayern will pay Real Madrid 5 million Euros (£4.4 million per season) for Rodriguez each season for the two-year deal. That amount could increase with the success of the Bavarian club. The star Colombian seems happy with the move to Munich. Especially playing for a trophy-winning side alongside the likes of Thomas Muller and Robert Lewandowski.