Sergio Aguero looking for a way out of Manchester City; Chelsea hot contenders for Argentine striker 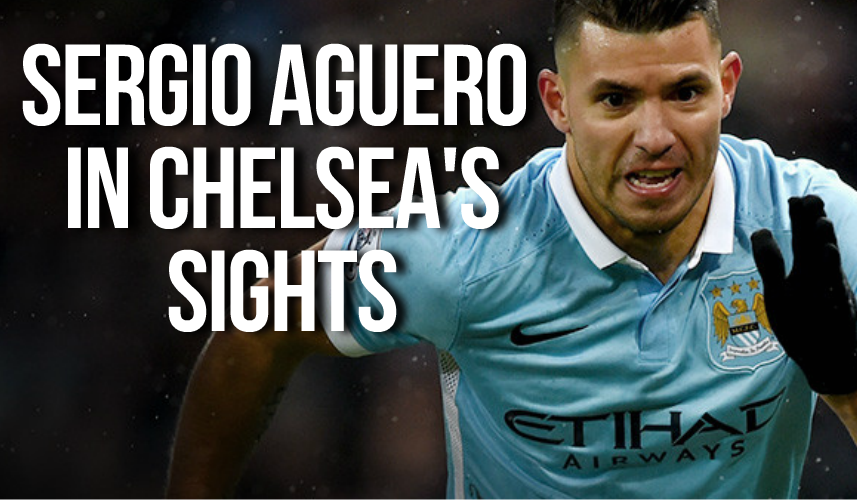 Sergio Aguero is on Chelsea's radar due to recent setbacks in the transfer markets. In their quest for a striker to replace Diego Costa, Chelsea have reportedly made an offer of £88 million for Juventus striker, Gonzalo Higuain, which the Italian club promptly turned down. The Old Lady, in fact, paid a similar amount last season. In order to lure away the Argentine striker from Napoli.

Stamford Bridge's bid for Real Madrid striker, Alvaro Morata, has come a cropper, too. Chelsea's offer of £63 million being far below the £80 million demanded by the Spanish giants.

Trending
What does Each Way mean in football betting First Goalscorer?
Another hot piece of news doing the rounds is that the West London club is readying a £60 million bid for Man City striker, Sergio Aguero.

The senior Argentine marksman is not happy after Guardiola seemed to found a better upfront role for 19-year old Brazilian Gabriel Jesus at the Etihad.

With his future under a cloud, Aguero could become a free-agent. As a result in the sights of many a English and European heavy weight. Further, Aguero has made it clear that he doesn't want to be warming the benches in a World Cup year. This is something he fears could ensue if he were to spend another season with City.

With Pep Guardiola giving the green light for Aguero, Chelsea could be seen going all guns blazing for City’s top striker of the 2016-17.

Meanwhile, Manchester United are very close to finalizing a £44m deal for Inter Milan's Ivan Perisic. The 28-year old Persic apart from being a 57-match veteran for his country, Croatia, is a multi-purpose player who can double up as a winger and attacking midfielder, just the kind of player Mourinho wants upfront.

United are also keen to rope in Tottenham midfielder Eric Dier. They are willing to offer up to a maximum of £60 million for the English international.

The big miss-out for United has been Antoine Griezmann. He was the 1st choice at Old Trafford much before they paid a staggering £75 million for Everton's Lulkaku. In fact, Mourinho was reportedly eyeing Alvaro Morata after the Greizmann failure. However he eventually homed in on Romelu Lukaku.

Griezmann has reportedly signed a fresh contract with his existing club, Atletico Madrid. Including a buy-out clause of £89 million. But a move out of Vincente Calderon for the French super-striker just can't be ruled out.