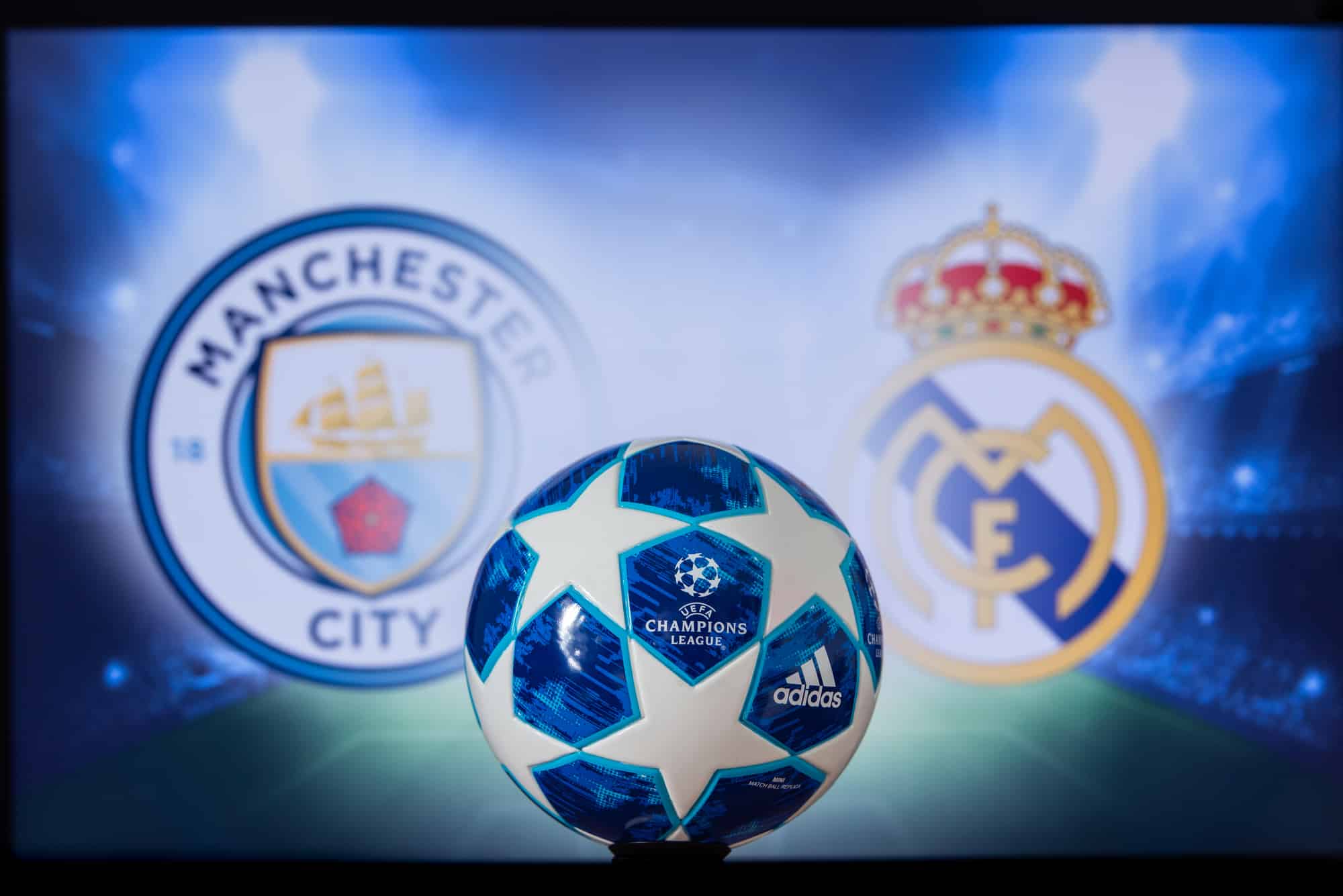 Manchester City's stellar performance in the 1st leg at the Bernabeu will give them lot of confidence going into the return fixture at the Etihad on Friday night. Pep Guardialo's men registered a memorable 1-2 win on February 26 after Isco gave hosts Real Madrid the lead in the 60th minute.

City bounced back spectacularly with goals from Gabriel Jesus and Kevin De Bruyne in the 78th and 83rd minutes.

Zidane's Los Blancos have been in excellent touch after the Covid-19 break, winning 10 games on the trot to clinch their 34th La Liga title. The Real attack has lost some of its goal-scoring edge though, after the departure of Cristiano Ronaldo last season to Juventus.

The La Liga giants have found the back of the net just 21 times from their 11 League outings post the pandemic break, which averages to less than 2 goals per game, although their defence and midfield have strengthened considerably as the season progressed.

But running into a City attack will be a different ball-game altogether and that too at the Etihad. City's return from the break would have been spectacular but for two defeats from the 10 games they played in that phase.

Guardiola's men have pumped in 34 goals in those fixtures averaging 3.4 goals per match.

Even without their talismanic scorer, Sergie Aguero, not around for most of the games, City have had no problems in finding the back of the net frequently.

Folks like Raheem Sterling, Kevin de Bruyne and not-so-regulars like Phil Foden and Riyad Mahrez have shared in the spoils of late.

Zidane who has an uphill task of winning by at least a two-goal margin on Friday, may go for a conventional 4-3-3 formation with two wingers or a 4-4-2 with two strikers.

All their forwards except Mariano Diaz who recently tested positive with for COVID-19 are available for selection for the Etihad clash. Eden Hazard and Marco Asensio are available despite being injured for most of the season.

Anyone among Asensio, Hazard, Rodrygo and Vinicius has a fair chance of starting the match. Karim Benzema, who's been in sublime touch lately, seems to be the only forward in the Real Madrid side who has cemented his position in the starting eleven.

Isco also has a good chance of playing in the tie after starting in the first leg at the Bernabeu.

While there is little fault to find in the eleven-time UCL champion's history, it is City's record against Spanish clubs in the tournament that is worrisome.

Real and City have met six times so far and the statistics are deadlocked at 2W/2D/2L for both.

With both teams in good nick, an immensely exciting duel seems to be on the cards.

UK Bookmakers are betting on Man City to go through to the Round of 8.

But with the quality the visitors have in their arsenal in the likes of Benzema, Hazard, Asensio, Vinicius and Isco, a comeback by Zidane's men at the Etihad cannot be ruled out.