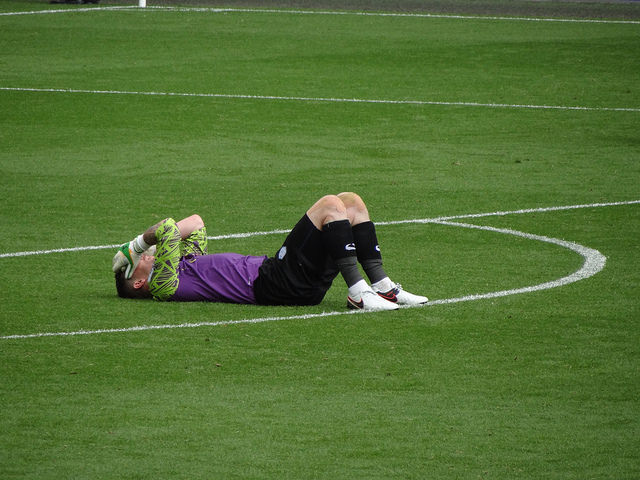 Few quarter-finals in the history of the UEFA Champions League (UCL) have ended in the way it did on night of April the 17th at the Etihad stadium.

In one of the most sensational second leg names, Tottenham Hotspur edged into the semi-finals of the championship for the first time, overcoming hosts Manchester City on away goals with the aggregate score reading 4-4.

The game took off on a relentless pace with Raheem Sterling opening the scoring for City in customary fashion shooting in a brilliant Kevin De Bruyne cross to make the aggregate 1-1 in just the 4th minute of play. (Tottenham had led the first leg 1-0).

Spurs lost no time in going ahead when Son Heung-min's shot squirmed past goalie Ederson in the 7th and Spurs doubled the lead through the Korean again, this time a curler into the far corner of the net. 3-1 to Spurs in the 10th minute of play.

A minute later, Bernardo Silva reduced the deficit with a shot that deflected past Spurs custodian Hugo Lloris.

Sterling converted again through a De Bruyne pass to bring City level and conclude the most breathless first 20 minutes ever to be seen in European football.

City moved ahead in the second half with Sergio Aguero crashed home their fourth on the stroke of the hour giving pep Guardiola's team the lead for the first time in the double-legged tie.

Fernando Llorente put Tottenham in the lead in the 73rd bundling in from a corner via his hip, the goal given after a VAR check for handball. In one last extraordinary twist, City fans and players who burst into celebrations when they thought they had snatched victory through Sterling's shot past Lloris just a minute before the final whistle, were stunned to find the goal disallowed by VAR.

Despair for Spurs turned to immediate ecstasy. Nothing can take away the scintillating football City put on display but due credit must be given to their rivals who dug deep, took their chances and emerged triumphant.

All this on a night when they did not have their prime striker Harry Kane. The South Korean talisman Son has risen quickly to the challenge, moved into the vacuum created by the injured Kane's absence, typifying the London team's bold approach with his two superb early goals.

This was a Spurs side that needed a draw in Barcelona and came back from Nou Camp with an astonishing 2-2 result.

It is a tribute to the resilience of Pochettino's management of his resources that they now stand only two games away from their first Champions League final.

A day before the mesmerizing drama at Etihad, another one got unfolded in Turin, Italy, when Italian champions Juventus were humbled by a young and rampaging Ajax side on away goals.

The scintillating Amsterdam outfit's dream run continued when they overcame an early Cristiano Ronaldo goal to hit back within six minutes in the 34th. Donny van de Beek controlled a Hakim Ziyech shot and slotted one past Juve goalie Wojciech Szczesny.

Juventus who dominated proceedings for better part of the first half found the roles reversed when Ajax mounted immense pressure post interval and were rewarded when De Ligt glanced a downward header past an immobile Szczesny in the 67th minute to make it 2-3 in aggregate.

The tournament favorites had 23 minutes to save themselves from ouster but that wasn't to be, as Ajax didn't let the control slip and could have gone ahead even further had not a Ziyech curler to the top corner of the Juve net been disallowed.

£100-million star Ronaldo's frustration showed when he made a needless lunge at Joel Veltman and was red-carded.

This was the first time the Portuguese superstar got knocked out of the competition since Juventus beat his previous club Real Madrid in May 2015.

Ronaldo, recruited at a cost of £99.2m in the summer, was intended to provide the final piece of Champions League-winning know-how for a Juventus side that had lost two finals in the previous four seasons.

For Ajax, it was an encore of their sensational away win over Real Madrid in the previous round last month and now set themselves up for a semi-final clash with Tottenham Hotspur.

Meanwhile at Nou Camp, Barcelona made short work of Manchester United, building up on their 0-1 away lead at Old Trafford to ram home three more. Lionel Messi accounted for two of those with the third coming from Phillipe Coutinho.

Barcelona outclassed the Red Devils in what was to be Ole Gunnar Solskjaer's fifth defeat in eight matches.

The Catalans were also helped by some sloppy defending by the English side that was especially marked by goalkeeper David De Gea's howler from a gentle Messi drive which he let slip from under him for the second goal of the game.

Liverpool built upon their 2-0 lead over Porto at Anfield to bang in four more away in Portugal, winning by an aggregate of 6-1. All the Big Four of Jurgen Klopp's Reds – Mohammed Salah, Roberto Firmino, Sadio Mane and Virgil Van Djik – chipped in with goals. Liverpool progressed to their second successive semi-final of the UCL where they meet Barcelona.

As for Pep Guardiola’s Manchester City, their dream of a season quadruple ended with their UCL elimination with only the English Premier League, the FA Cup and the League Cup silverware left.