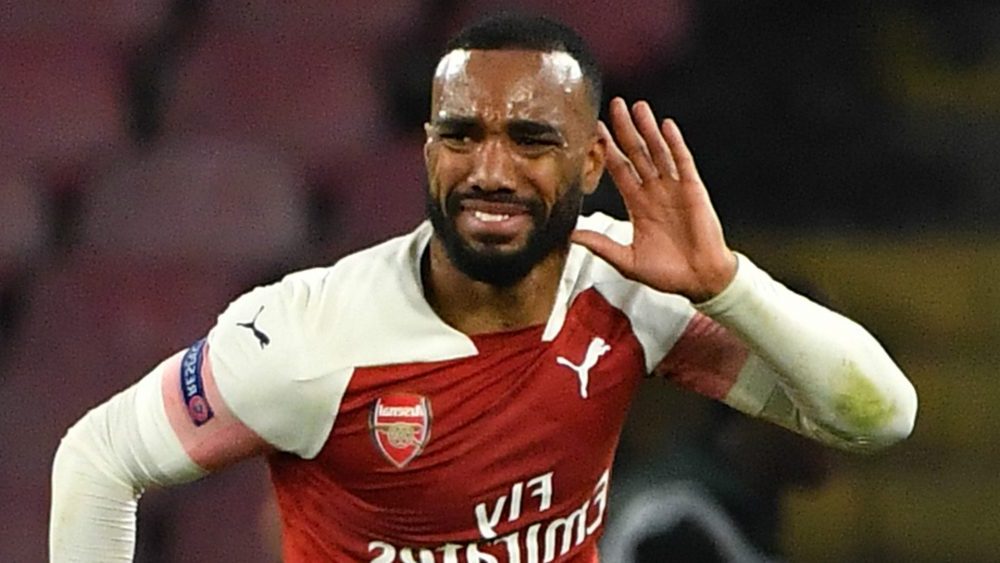 2018-19 UEFA Europa League: Arsenal and Chelsea sail into the semis.

Arsenal and Chelsea sailed into the semi-finals of the UEFA Europa League, registering wins over Napoli and Slavia Praha respectively in quarter-final clashes held on Thursday night.

There were apprehensions about how Unai Emery's Arsenal would fare at Naples given their dismal record in away games.

But the Gunners put on a very professional display and built on the 2-0 lead they had managed in the first leg at the Emirates. Alexandre Lacazette's free-kick into the top corner in the 36th minute sealed the win after the hosts had enjoyed the better of the early chances.

The 36-year old Arsenal goalkeeper Peter Cech, slated to retire this summer, was on the top of his game, saving a certain goal from a Jose Callejon shot.

Napoli had their chances, too, with Arkadiusz Milik's goal ruled offside and Callejon coming close on one occasion but otherwise the Serie A side struggled to make an impression.

Arsenal are scheduled to host Valencia in the first leg of their semi-final on 2nd May. In a all-Spanish quarter-final Valencia trounced Vallencia 5-1 on aggregate to move to the next stage. Valencia dominated both the quarter-final legs, winning their away game 1-3 and the second one at home 2-0.

Meanwhile, at Stamford Bridge, Chelsea secured a place in the 2018-19 Europa League's final four by beating Slavia Praha 5-3 on aggregate.

Chelsea, ahead 0-1 by virtue of an away goal last week at Prague, were cruising at half-time at Stamford Bridge with a 5-1 aggregate lead.The Chelsea goals came from Pedro in the 5th and 27th minutes, Oliver Giroud in the 17th and an own goal from Praha defender Simon Deli in the 9th.

The visitors narrowed the gap through two splendid long-range strikes from Petr Sevcik in the 51st and 54th minutes.

Praha threatened to come back strongly, but 45 minutes was too short a time to make up for a 4-goal deficit.

Chelsea, despite their initial flurry of goals, looked unconvincing for better part of the remainder, struggling in aerial duals and physicality as the visitors produced more shots over 90 minutes (11) compared to the nine of the Blues.

Maurizio Sarri's Chelsea now travel to Germany for the first leg of their semi-final tie with Eintracht Frankfurt on 2nd May Thursday.

Eintracht Frankfurt overturned a 4-2 first-leg deficit to defeat Benfica on the away goals rule. Goals by Filip Kostic and Sebastian Rode sent the German club, who trailed 4-1 at one stage in the first leg, through to a first European semi-final in 39 years.