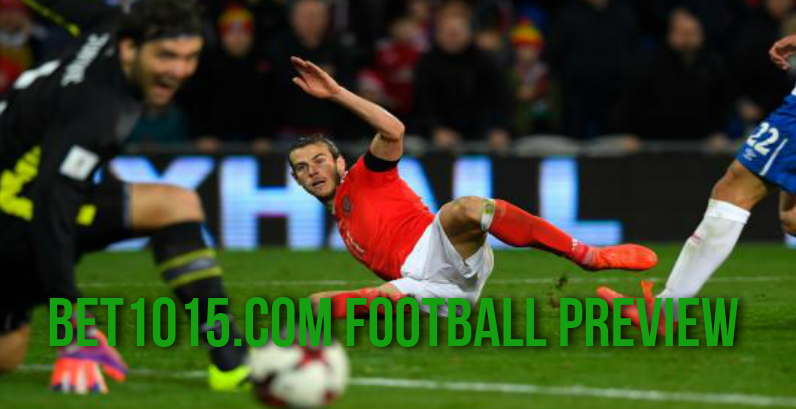 For Wales vs Serbia it's a must win game for the Welsh if they are not to fall by the wayside on their road to Moscow 2018. A profusion of draws (4 from 5 games played so far) and just a solitary win have relegated Chris Coleman's side to the 3rd place in the Group F cluster with only 7 points to their credit.

Wales' weekend opponents, Serbia, by contrast are the Group toppers. They are ahead of the Welsh by a clear 4 points.

The visitors to Belgrade have been dealt a severe blow by way of their star player, Gareth Bale's suspension. Further more, the Real Madrid forward was able to feature only in the dying minutes of his team's UEFA Champions win at Cardiff thanks to a calf injury. Defender Neil Taylor is out, too, for the Belgrade clash on a red-card suspension.

Coach Coleman has gone ahead and included 5 uncapped players in a 23-man squad. However when it boils down to the final playing XI, he probably won't take any chances and stick to the usual suspects.

In the absence of Bale, he will depend on Burnley's Sam Vokes and West Brom's Hal Robson-Kanu to do the scoring. The midfield for the starting XI could comprise of Aaron Ramsey, Joe Ledley, Joe Allen and Harry Wilson (who is one of the five uncapped players). The defence leadership would be in the hands of proven names like Everton's Ashley Williams and Tottenham Hotspur's Ben Davies. James Chester (Aston Villa), Joe Walsh (MK Dons), Tom Lockyer (Bristol Rovers) and Gethin Jones (Everton) are some of the other names from which candidates for the defensive positions could be chosen to assist Williams and Davies. For the goal-keeper's spot, Crystal Palace's Wayne Hennessey looks the obvious choice for the Belgrade trip.

Despite a formidable defence, the Serbians have conceded more goals than Republic of Ireland and Wales. They have just one clean sheet out of the 5 games to show, a 0-3 win over Moldova. Wales have the attacking firepower, even without Bale, to get a goal or two to exploit such weaknesses. It is here where players like Ramsey and Joe Allen come in.

Wales problems could get compounded by another match between Republic of Ireland and Austria. The Irish share 11 points with Serbia at the top of the table in the 2nd slot. Even a draw with Austria would suffice to keep them where they are right now. Which means even a win for Chris Coleman's men would not be enough.

The Welsh's last visit to the Red Star stadium was a horrific 1-6 trouncing way back in 2012. Few expect such a score line to be repeated again. But bookmakers' odds, nevertheless, point towards a Serbia win with a probable scoreline reading 2-1. But a Wales (sans Bale) could very well spring a surprise.