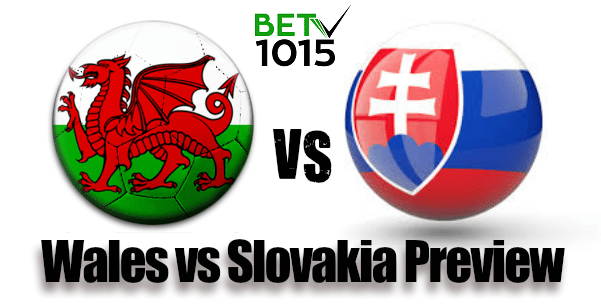 Wales open their Euro 2020 qualifying campaign at Cardiff City stadium where they will host Slovakia on Sunday, the 24th of March in a game of the Group E cluster that also has teams like Hungary, Azerbaijan and Croatia. Slovakia have already registered their first win of the Group beating Hungary 2-0 on Friday at the Stadion Antona Malatinskeho in Trnava and lead the Group with 3 points.

Ryan Giggs, the new Welsh coach, will be dealing with a slew of injuries going into the Cardiff clash. Stoke City striker Sam Vokes, Derby County winger Tom Lawrence and Chelsea centre-back Ethan Ampadu are definitely ruled out while star Arsenal midfielder Aaron Ramsey, Swansea winger Daniel James and Bournemouth midfielder David Brooks look doubtful starters for the Sunday game. Ramsey, who missed Wednesday's friendly against Trinidad and Tobago in Wrexham will feature in the match against Slovakia as confirmed by manager Giggs.

Wales will obviously be looking to their prime scorer Gareth Bale whose form at Real Madrid has been under a cloud this season. But recent performances against Celta Vigo and in a friendly against China seem to suggest that the winger-cum-striker may have found his touch.

Bale is expected to play the role of the lone striker in a 4-2-3-1 formation that Giggs is most likely to adapt.

The starting XI for Wales will look like this:

As for Slovakia, with former Liverpool centre-back Martin Skrtel retiring, 21-year-old Denis Vavro is expected to partner Milan Skriniar at the heart of Slovakia's defence against Wales. With the injured midfield Vladimir Weiss ruled out, Zenit St. Petersburg winger Robert Mak is expected move in for duties on the left flank.

Slovak team coach Pavel Hapal will probably go with a formation similar to Wales with a starting line-up as follows:

Wales playing at home obviously look the bookmakers' favourites as the Betfair odds below suggest:

Betfair Odds on Wales vs Slovakia