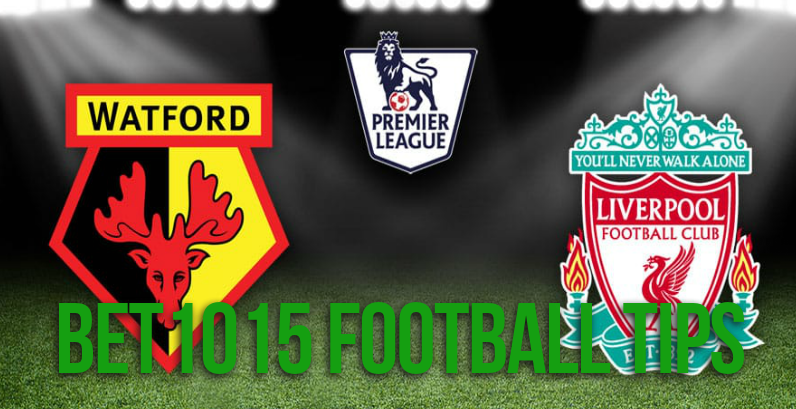 With Manchester United having held their city rivals to a draw at the Etihad on Thursday, the need for Liverpool to collect three points from their away game against Watford at Vicarage Road on Monday becomes imperative.

The Reds' performance against giant-killers Crystal Palace in which they faced a 1-2 humiliation, left a lot to be desired. With even a 72 per cent possession rate, Jurgen Klopp's men couldn't find goals with forwards Emre Can, Firminio, Origi and Coutinho coming a cropper.

A rather shaky Liverpool now prepare themselves for a trip to Vicarage Road to face Walter Mazzarri's Watford. They too haven't been in the best of forms of late. Coming out of an embarrassing 0-2 loss to relegation case, Hull City, the Hornets will be happy to cling on to the 10th spot they are in presently on the EPL table and not slip further.

It will be up to Watford forwards like Troy Deeney, M'Baye Niang and Etienne Capoue to exploit the glaring weakness at the Liverpool back. This was  something that was manifest at Selhurst Park last Sunday when they crumbled under counter-attacking Palace. Barring a game against West Bromwich, the Reds have conceded in each of their last eight Premier League outings.

The Hornets like many Premier League sides are more comfortable at home having accounted for 8 of their 11 wins this season at Vicarage Road. Liverpool on the other hand have lost 4 away games compared to just 2 at Anfield. The Reds recent run of form has been much better than their forthcoming Monday rivals, though. Their 7-match unbeaten run was punctured only by the loss to Crystal Palace and fans can expect the Reds to be back to their winning ways on Monday. Odds heavily favour a win for them at Vicarage Road.

Being only 1 point ahead of 4th placed Manchester City and 2 points ahead of 5th placed Manchester United, it's imperative that Jurgen Klopp's men collect three points from their Watford game, as both City and United have played one game less. The last time these two teams met at Anfield, the result was a 1-6 licking of Watford. So, it's an opportunity now for Walter Mazzarri's men to settle scores.