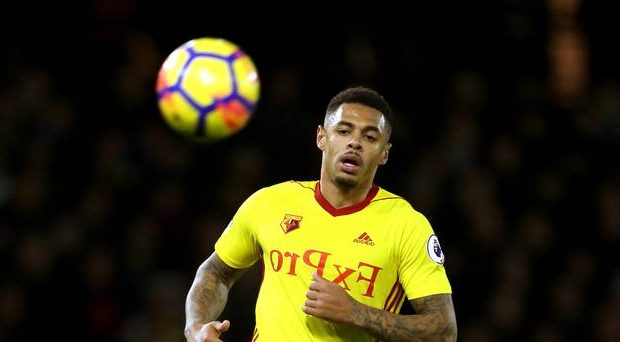 While Manchester United are still struggling to get out of the woods, a confident Watford will be approaching their Saturday's home game with the Red Devils with a stunning string of 4 Premier League wins behind them.

United redeemed themselves from one of their worst ever starts to the season by registering only their second win from four outings against Burnley at Old Trafford.

The Red Devils are struggling to find the find the right answers as far their defense is concerned and Mourinho's worries at the back have been further compounded by the absence of Luke Shaw out with in a head injury in England's 1-2 UEFA Nations League loss to Spain last weekend.

The Portuguese coach who has been under immense pressure of late will probably go in for the same back line combo that featured in the Burnley win – Anthony Valencia, Eric Bailly and Phil Smalling. But with the likes of Phil Jones, Marcos Rojo and Diogo Dalot all on the injury list, the obvious choice seems to be Ashley Young. Alexis Sanchez, Romelu Lukaku and Jesse Lingard will be back from their international duties and expected to comprise of the attacking trio against Watford.

Marcus Rashford and Anthony Martial will probably be introduced sometime in the latter part of the game depending on how the proceedings pan out.

De Gea had his first clean sheet in months against Burnley but will be under pressure against a rampaging Watford attack.

For the Hornets, Troy Deeney and Andre Gray are likely to feature as the striking duo in coach Javi Gracia's unusual 4-2-2-2 formation that has earned him great success so far.

The back-line of Daryl Janmaat, Craig Cathcart, Christian Kabasele and Jose Holebas have done a decent job so far but have conceded a goal in each of their last 3 Premier league games, a point Mourinho won't fail to notice.

Watford have scored at least two goals in all of their four Premier League outings this season with attacking mid-fielder Roberto Pereyra leading the list of the club's goal-scorers with two and Deeney and Gray one each.

The Hornets have managed to beat their weekend visitors just once from their previous six games while losing the remaining five. United's last visit to Vicarage Road was a 2-4 win and bookmakers are wagering on an encore on Saturday.

But in the kind of form the hosts are in, one should be keeping their fingers crossed. Manchester United, who are in the 10th spot on the EPL table after 4 games will be looking to earn a valuable three points and close the yawning gap of six points at the Vicarage Road on the 15th.

* Watford v Manchester United Best Odds taken from the leading online bookmakers and were correct as of 13/09/2018 – subject to change.