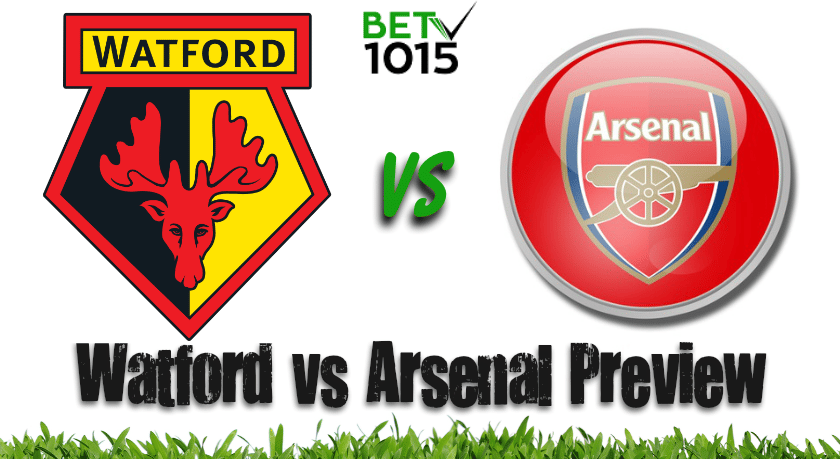 Coming out of a stunning FA Cup semi-final win over Wolverhampton and following it up with a 4-1 thrashing of relegation candidates Fulham, Javi Garcia's Watford are a buoyed up lot going into Monday's home clash against Arsenal.

The Hornets have lost four of their last ten Premier League games and have shown a propensity to capitulate in the face of top-class opposition – the defeats coming against Tottenham Hotspur, Liverpool, Manchester City and Manchester United. Arsenal currently placed fifth on the EPL table is one more such side the Hornets will have to deal with.

But it's the Gunners awful record in away games that will give the Hornets a lot of confidence.

Coach Unai Emery's men last won an away game in early February when they beat EPL table bottom-scrapers Huddersfield Town 1-2. Their most recent loss on the road was against Everton at Goodison Park a week ago. Apart from that, they have also conceded games to unfancied sides like Southampton and West Ham this season.

It's their spectacular performances at home that have propelled them to the vaulted position they find themselves in on the Premier League table presently.

The Everton loss has piled on a lot of pressure on the Gunners who have no other option but to keep on winning if they wish to remain in the fight for a place in the Top Four and a spot in next season's Champions League.

The Gunners, though, were hugely boosted by their mid-week 2-0 win over a powerful Napoli in the first leg of a UEFA Europa League Round of 8 clash at the Emirates stadium. Aaron Ramsey who looked in exceptional form and got one of the goals for Arsenal in that game will be a key figure in the Watford clash.

For Watford, Gerard Deulofeu is once again back in the attack after having been relegated to the bench in the FA Cup clash against the Wolves. The only casualty in an otherwise fully fit Watford side would be centre-back Tommie Hoban due to injury.

Javi Garcia will in all probability adopt the 4-3-1-2 formation with a starting XI that could look this: Foster (goal); Femenia, Mariappa, Cathcart, Holebas; Hughes, Capoue, Doucoure; Pereyra, Deulofeu, Deeney.

Unai Emery will be unable to call upon centre-back Rob Holding, right back Hector Bellerin, midfielder Granit Xhaka, or forward Danny Welbeck due to injury woes. The Gunners’ main weakness of late has been a propensity to let in goals with Bernd Leno allowing one or two to slip in that looked easily avoidable.

Another key to Arsenal's success at Vicarage Road on Monday will be Pierre-Emerick Aubameyang who with 17 goals and five assists is the side’s top scorers.

The odds are very much in favour of Arsenal to take three points from April 15th's Vicarage Road game, but it's their weak history in away games that could weigh on them.

Arsenal are currently in the 5th spot with 63 points and could pip Chelsea from the Top Four provided they beat Watford and the Blues were to lose their weekend game to Liverpool. Watford who are currently on the 10th spot with 46 points and just one behind the Wolves and Everton will have to battle it out to break into the Top 8 and a place in the UEFA Europa League.