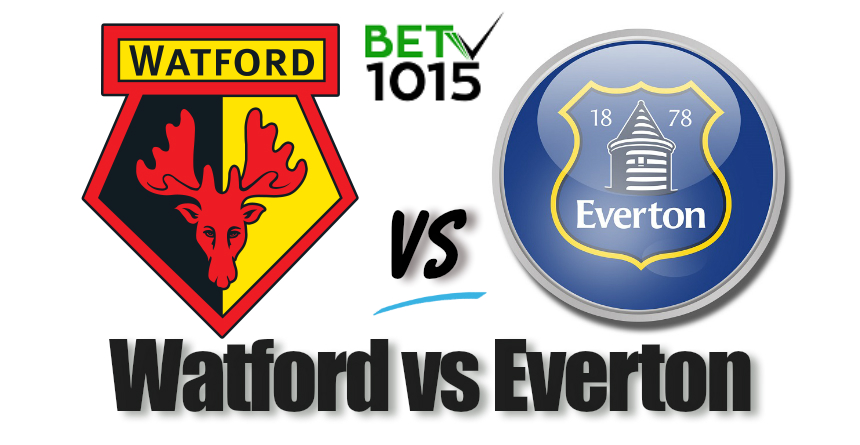 * The Watford vs Everton odds are taken from online bookmaker Betfred and were correct as of 08/02/2019 – subject to change.

Watford vs Everton Where To Watch

TV Channel:​ ​SKY Sports News/BT Score
When Is Kick Off?: Saturday 09th February
​What Time Is Kick Off?: 15:00 GMT
​Where Is It Played?: Vicarage Road

Both Everton and Watford have been plagued by poor recent performances but have somehow managed to stay in the Top half of the Premier League table and they must have indifferent shows from Bournemouth and Leicester City to thank.

Marco Silva's move to effect five changes in their mid-week defeat to Manchester City was mystifying, dropping leading scorers Richarlison and Gylfi Sigurdsson in a 4-3-3 formation. He will need to start with both forwards against Watford and continue with Idrissa Gueye who was very impressive in the midfield with City. The Toffees will have to watch out for set-pieces, the 19 goals they have conceded in such situations being the highest among all sides.

Watford survived in what could have been an embarrassing defeat at the hands of minions, Brighton, thanks to some stellar work between the posts by the 36-year old Ben Foster. The back-line of Daryl Janmaat, Adrian Mariappa, Craig Cathcart and Jose Holebas was all at sea against a spirited Brighton attack but with the visiting Toffees attack so out of color they may have less to worry about. Javi Gracia's men have been low on goals, getting just one from their previous three Premier League outings.

Garcia will probably go for a 4-4-2 he's been adopting all along with Troy Deeney and Andre Gray in strikers' roles.

Bet £10 on this Premier league match and Get £40 in Free Bets for the Champions League next week.

After Watford's re-advent into the Premier League in 2015, these two have met on seven occasions with both registering two wins each, although the Hornets record at home against the visiting Toffees have been impeccable.

The last three scores at the Vicarage Road for Watford against their weekend visitors are 1-1, 3-2 and 1-0.

The Toffees have collected just 11 points since December start – only the Premier League's bottom two, Huddersfield Town and Fulham have earned fewer.

Bookmaker's odds favor Watford to collect 3 points from Saturday's Vicarage Road fixture with Everton in danger of slipping out of the Top Ten.

The Toffees have conceded defeat in 11 of their last 15 outings in all forms of competition, indicating a serious slump in form and will need a miraculous show down the line if they are to turn things around.