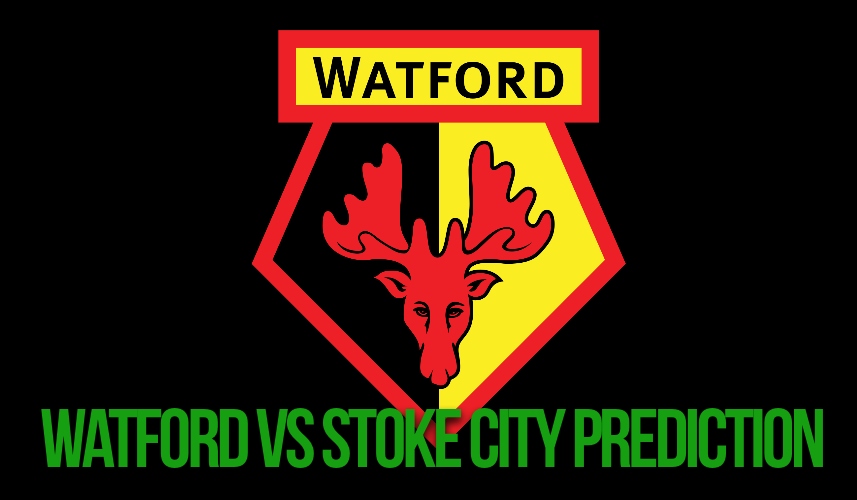 The exit of their key man upfront Xherdan Shaqiri and Bruno Martins Indi at the back owing to ankle and groin injuries have magnified their woes. Even without Shaqiri around, the Potters have quality in their attack in the form of Jese, Peter Crouch, Diouf and Choupo-Moting, but for some reason their record of just a lone win from their last seven games seems hard to explain.

A defense that consists of folks like Kurt Zouma and Ryan Shawcross and Jack Butland, England's international goalkeeper have conceded as many as twenty goals which is embarassingly the worst record of all Premier League teams this season.

By contrast, their weekend opponents, Watford, are on a much stronger wicket. The Hornets are in the 5th place even after having lost to Chelsea on Saturday 2-4.

Marco Silva's men will rue their missed chances, especially a couple of sitters by Brazilian striker Richarlison that would have brought some parity to the Stamford Bridge match.

Marco Silva's introduction of defensive midfielder Ben watson in place of striker Troy Deeney when the scores were level at 2-2 is also inexplicable, especially when the Hornets were dominating play.

Pereyra, Deeney and Richarlison all looked threatening in the goal-mouth in the Chelsea clash and will prove to be a handful for the Stoke defence at Vicarage Road on Sunday.

The Hornets only two losses this season have come against top flight clubs Manchester City and Chelsea, but oddly enough, they are yet to win a game at home despite their lofty position (presently 6th) on the Table.

Watford have drawn all three games at Vicarage, the first being a tough 3-3 against Liverpool and the remaining two against not-so-formidable Brighton & West Brom.

Since their entry into the Premier league in 2015 after a seven-season hiatus, Watford have won just one encounter against their weekend visitors and lost three.

Stoke's last visit to Vicarage Road was a 1-0 win, but not many are expecting the visitors, in their current state of misery, to do an encore.

Marco Silva's men are favourites to emerge victors from October 28th's outing and continue their dream run in the ongoing 2017-18 Premier League season. This is in stark contrast to the 2016-17 season where they had finished at 17th and somehow staved off relegation.

For Stoke City currently on the 17th spot on the Table, a defeat would mean slipping deeper into relegation territory.