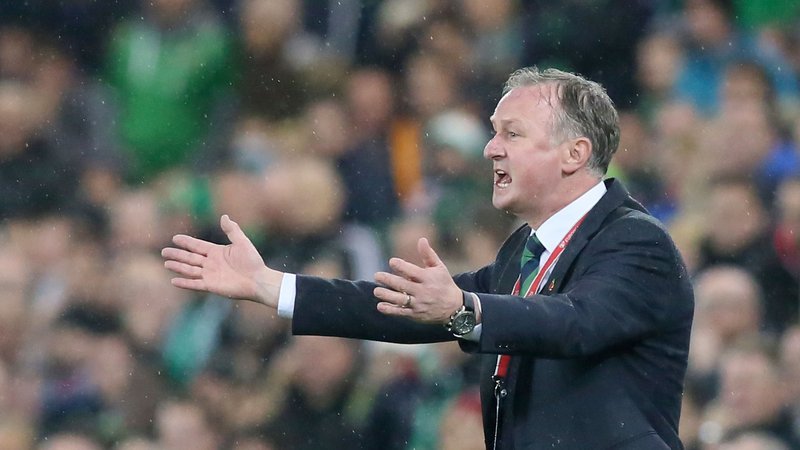 [fcrp_feat_sc sc_id=”6680″]Tony Pulis booted out of West Bromwich; Who will take-over at the Hawthorns and be the next West Brom new Manager?

After the huge defeat of 0-4 to Chelsea on Saturday and with just two wins from his last twenty one games Tony Pulis's future at the Hawthorns was a forgone conclusion. Monday morning saw the exit of the 59-year old Newport-born West Bromwich manager, ending his 2-year tenure at the club. Rumour mills are working overtime as to who the next manager could be.

At the top of the bookmakers' list is Michael O'Neill, the Northern Ireland national coach and former international with 31 caps for his country. Although Northern Ireland did not make it to the WC 2018 in Russia, O'Neill's boys went down fighting gamely to a powerful Switzerland in a 2-legged play-off.

Alan Pardew (5/1) is a surprising 2nd choice considering he got the sack as Crystal Palace manager in as recently as December 2016. This for a poor of run of losing games. It pushed Pardew's side to the brink of relegation.

The 3rd favourite is Derek McInnes (6/1). Scottish club Aberdeen's current manager. He is also being sought after by Glasgow-based Rangers F.C. . McInnes along with O'Neill and Pardew are among those shortlised by chairman John Williams and West Bromwich's Chinese owners. The 46-year old Scotsman is also finding favour among West Brom fans.

The next favourite to become West Brom new Manager at the Hawthorns is Sam Allardyce (8/1). The ex-England and current Crystal Palace manager. This is surprising because he seems to be faring no better than his predecessor Alan Pardew at Selhurst Park. That point aside, the 63-year old Allardyce said that a potential offer from West Brom would not excite him in any way. Hence why he is disinterested in the job. But in the tumultuous world of English football moods and intent could rapidly change.

With Chris Wilder begins those batch of potential coaches whose odds start beyond 10/1. Wilder, the present coach of EFL Championship club Sheffield United could be considered a rank outsider.

The last but not the least is surprise Leicester-sacking victim Craig Shakespeare at 20/1. But there are many who believe that Pulis's situation is not as bad as Shakespaeare at the time he was booted out of Leicester. So that could rule him out.

The next few days would definitely keep any gambler on his toes. One could surely look at the names crowding the 16/1 odds. But right now, Northern Ireland's Michael O'Neill at odds of 4/1 seems to be the hot favourite.