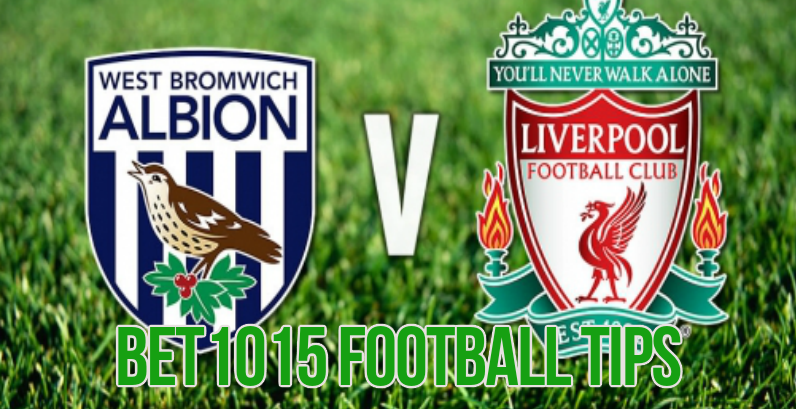 Despite last Saturday's loss to Southampton, the Baggies are still rooted to the 8th spot.

It's a position they have been holding steadfast since December. They now prepare to take on 3rd placed Liverpool.

The Reds have just come out of a tough 1-2 win at the Bet365 Stadium against Stoke City.

It's a matter of fortune that Tony Pulis's side have managed to stay in the top ten in spite of losing 8 of their 16 Premier League since December.

Liverpool, despite their position in the Top Four, have not much to cheer either about of late.

At the 3rd place with 63 points and having played the full quota of 32 matches, they are behind Chelsea and Tottenham Hotspur by 12 and 5 points respectively.

The latter two having played one match less than Jurgen Klopp's men.

The problem with the Baggies have been that their inability to find the back of the net in recent games.

Barring their surprising 3-1 win over Arsenal, they haven't scored from 5 of their last six games. Their top goal-getter, Salomon Rondon, hasn't got a goal in 2017 so far. Gareth McAuley and Nacer Chadli have also been below average of late.

The defence has been leaking goals losing by margins of 0-2 to teams like Watford and Crystal Palace and 0-3 to Everton.

This does not bode well for them against an attack-oriented side like Liverpool.

They have been by far the highest scorers in the Premier League in the 2016-17 season. Unlike other top half clubs and some bottom half ones, Tony Pulis's side have been almost as bad at home as on the road. Against 7 away defeats, they have 5 at home.

While on the other hand, Liverpool's away record contrasts starkly with that at Anfield.

While the home record reads W11/D4/L1 the away is W7/D5/L4. Liverpool have been stunned into defeats earlier in the season by bottom half teams like Burnley, Leicester City and Bournemouth in away fixtures.

In their last visit to Anfield, the Baggies had narrowly lost 1-2 to their weekend opponents.

So, despite bookies clearly favouring a Liverpool win in Sunday's clash, the proceedings could turn out to be much tougher than it looks.

The Reds' last three visits to The Hawthorn's had all ended in draws and the one preceding that was a 0-3 shocker in August 2012.