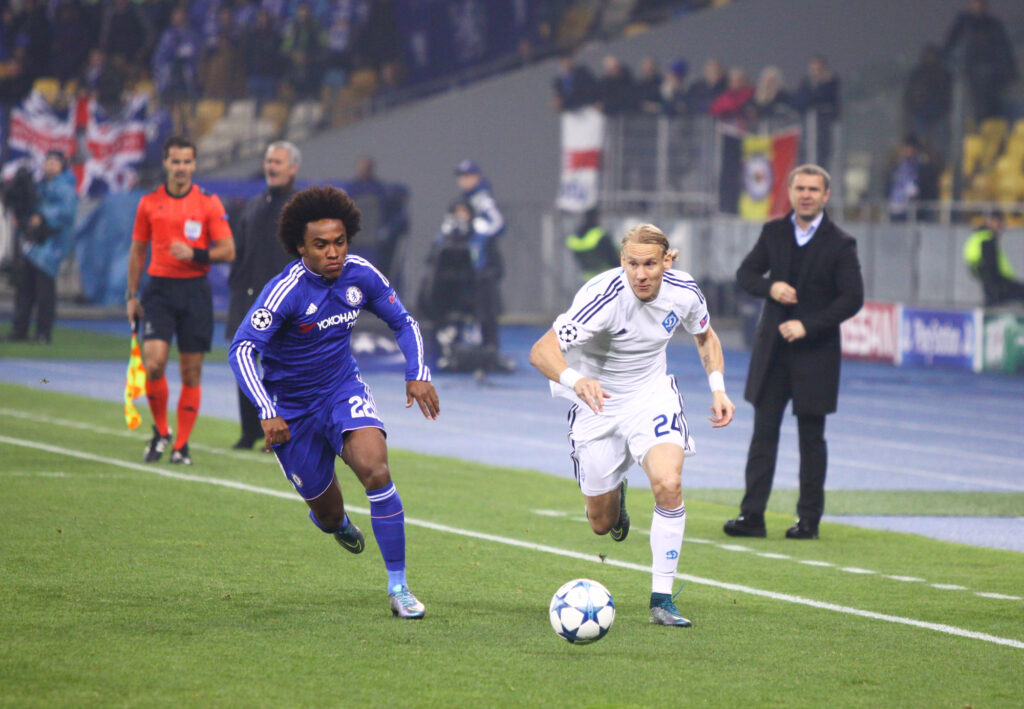 Willian has confirmed that Barcelona were the only club to make an official bid for his services over the summer.

Manchester United made an official enquiry over the Brazilian’s situation back in May after it became clear his relationship with Antonio Conte was strained.

He has since made it clear that he wishes to stay at Chelsea, now managed by Maurizio Sarri, for the 2018/19 campaign.

Speaking to ESPN Brasil, Willian revealed that United never actually made a bid for his services, although Jose Mourinho was certainly interested.

“I always made it clear that what I wanted was to stay in the club,” he said. “The only club I knew that really made an official offer for me was Barcelona.”

The prospect of a swap deal with Chelsea involving Willian and Anthony Martial seemed like a real possibility back in May and early June. United’s transfer window, however, has not been as smooth as that.

Attempts by Mourinho to bolster his wide options have failed this summer. Perhaps the club feels as if the signing of Alexis Sanchez January was enough. Either way, the main area of priority lies at centre-back, and remains unresolved with the transfer window closing on Thursday night.