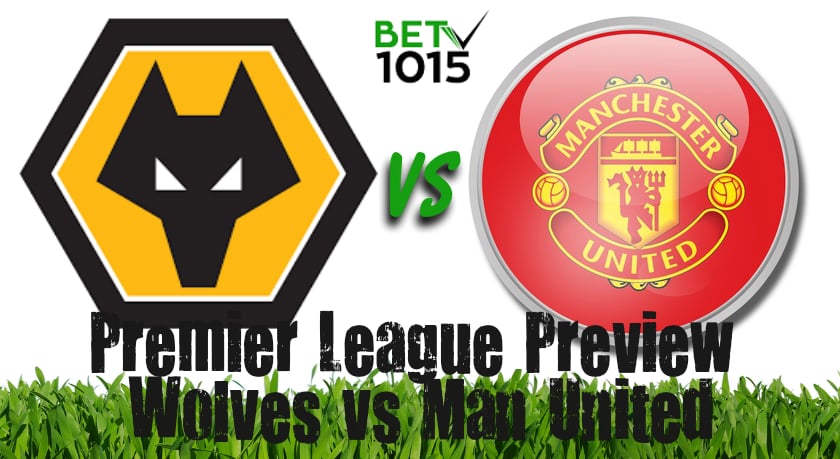 The Red Devils' confidence after their huge 4-0 win over Chelsea in their Premier League opener at Old Trafford could very well get punctured at the Molineux stadium on Monday night when they face a very difficult Wolves side.

The Wolves beat Manchester United twice at Molineux last season and drew at Old Trafford and the Red Devils weren’t the only ones to be shocked out of their wits by Nuno Espirito Santo's men. The Midlands giant-killers who notched up an impressive seventh spot on the Premier League table in the 2018-19 season, mustered as much as 16 points from their 12 outings with Top 6 opposition, with 10 of those points coming at home.

The Wolverhampton's EPL opener, though, away at the Bet365 stadium can be described as sketchy at the best, drawing 0-0 with Leicester City and with the usually prolific Diogo Jota failing to capitalize on a couple of easy scoring chances.

Comparatively, Manchester United enjoyed a much more productive start to their domestic campaign last weekend as they thrashed Chelsea 4-0 at Old Trafford. However, the score line was rather flattering for the Red Devils and spoke more about Chelsea’s weaknesses than anything else, so Ole Gunnar Solskjaer will have to temper his optimism ahead of Monday's Molineaux clash.

As for fitness, United have a clean bill of health and Solskjaer will find it hard to drop anyone from the XI that faced Chelsea. Wolves look nice and settled under manager Espirito Santo who leads the team for a third consecutive season. Santo has managed to snare back a couple of experienced loan performers in Raul Jimenez and Leander Dendoncker on permanent deals and both seem equipped to enjoy another impressive season.

Jimenez is 9/2 on the Betfair Sportsbook to score first while Martial who is on 49 goals for United in all competitions carries odds of 6/1 to open the scoring.

As for the United’s defence, 80-million-pound import from Leicester, Harry Maguire, has undoubtedly added steel and composure to the backline while Aaron Wan-Bissaka has already shown glimpses as to why he was so highly valued in the transfer circuit with his dazzling performance against Chelsea at the back and also along the flanks.

Wolves, meanwhile, are unbeaten in their last 8 league games at Molineux and have netted an impressive 16 goals in the process. They failed to score against a Big 6 side in only one of those home outings, so they definitely have the goods to trouble this new look Manchester United back line. That being said, Wolves failed to keep a single clean sheet in their 12 meetings against the Top six in 2018-19 and now face a United side that scored in 17 of their 19 Premier League away fixtures last season.

Which is why both teams are tipped to score on Monday but given the Wolves’ fantastic record against the bigger oppositions, a 1-1 correct score prediction should be a safe bet. Even a 2-2 score line looks a possibility.