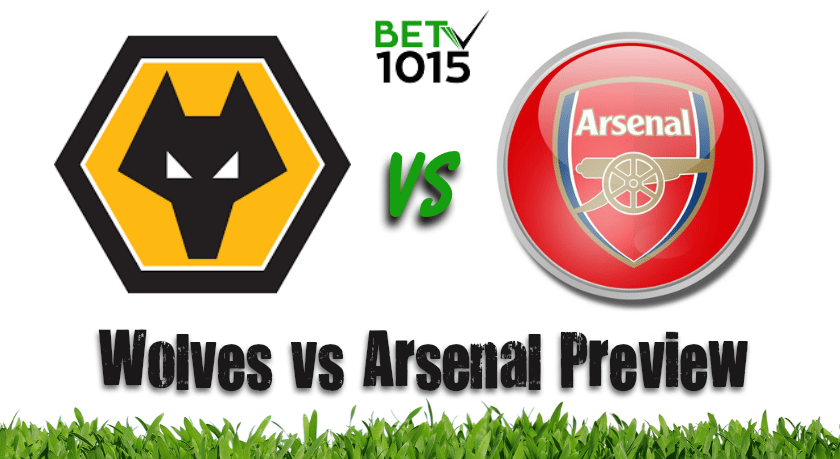 Check out the top bonus offer from our list of New betting sites below.

Arsenal's job of remaining in the Top Four of the Premier League was made that much harder by their shock 2-3 home defeat to bottom-half side Crystal Palace.

The Gunners are a point behind Chelsea whose drawn game against Burnley helped them to move into the 4th place for the moment.

Which makes Arsenal's trip to the Molineux stadium on Wednesday night all the more significant.

Having played a game less than Chelsea, April 24th's outing against the Wolves presents an opportunity for Unai Emery's men to pip Chelsea from the Top Four. But easier said than done.

The Gunners' away-game boogie was broken when they prevailed over a powerful Napoli 0-1 away in Italy.

They had also won by a similar margin against Watford at Vicarage Road a few days before that.

Their match against Crystal Palace saw them hog as much as 73 per cent of the possession but to little effect. Palace, in fact, scored more shots on target despite their measly possession.

The Gunners defense will definitely be put to test at the Molineux. Their frailties at the back seriously exposed by Palace in the weekend defeat.

Sokratis will be back from his two-match yellow card League ban. He will line up with Laurent Koscielny and Nacho Monreal at the back.

The decision to rest players against Crystal Palace, after beating Napoli on Thursday, backfired and the Gunners could be back to full strength to face the Wolves.

Aaron Ramsey will miss out on the Molineux game, having picked up a thigh injury in Naples.

Nuno Espirito Santo has remained consistent with his selections this season having been relatively free of injuries. The Wolves will field a full-strength squad that could see Leander Dendoncker return for Morgan Gibbs-White in midfield. Diogo Jota, Raul Jimenez and Matt Doherty will be key threats to the Arsenal goal on Wednesday night.

The Wolves have punched far above their weight in just their 3rd Premier League entry. Holding top sides like title-holders Manchester City and Arsenal to draws earlier in the season. Adding wins over Chelsea, Manchester United, Tottenham Hotspur and Everton.

They even made it the semi-finals of the FA Cup where they unexpectedly lost 2-3 to Watford.

Their form in the last one month has come under a cloud, though, with just one win from the five games played in that period. Their last two outings were a 1-3 to Southampton and a 0-0 draw against Brighton, both lower bottom-half sides.

For both Arsenal and Wolves a draw could be a most welcome result at the Molineux as it will help propel them into the Top Four and Top Eight respectively.

The Wolves are in the 10th spot currently with 48 points accumulated from their 34 games and are on equal points with 9th placed Leicester City who have played a game more with 35 outings to their name.

Our predicted Wolves Vs Arsenal Score betting tips is a low score draw which can be backed at 6/1 with Bet365.