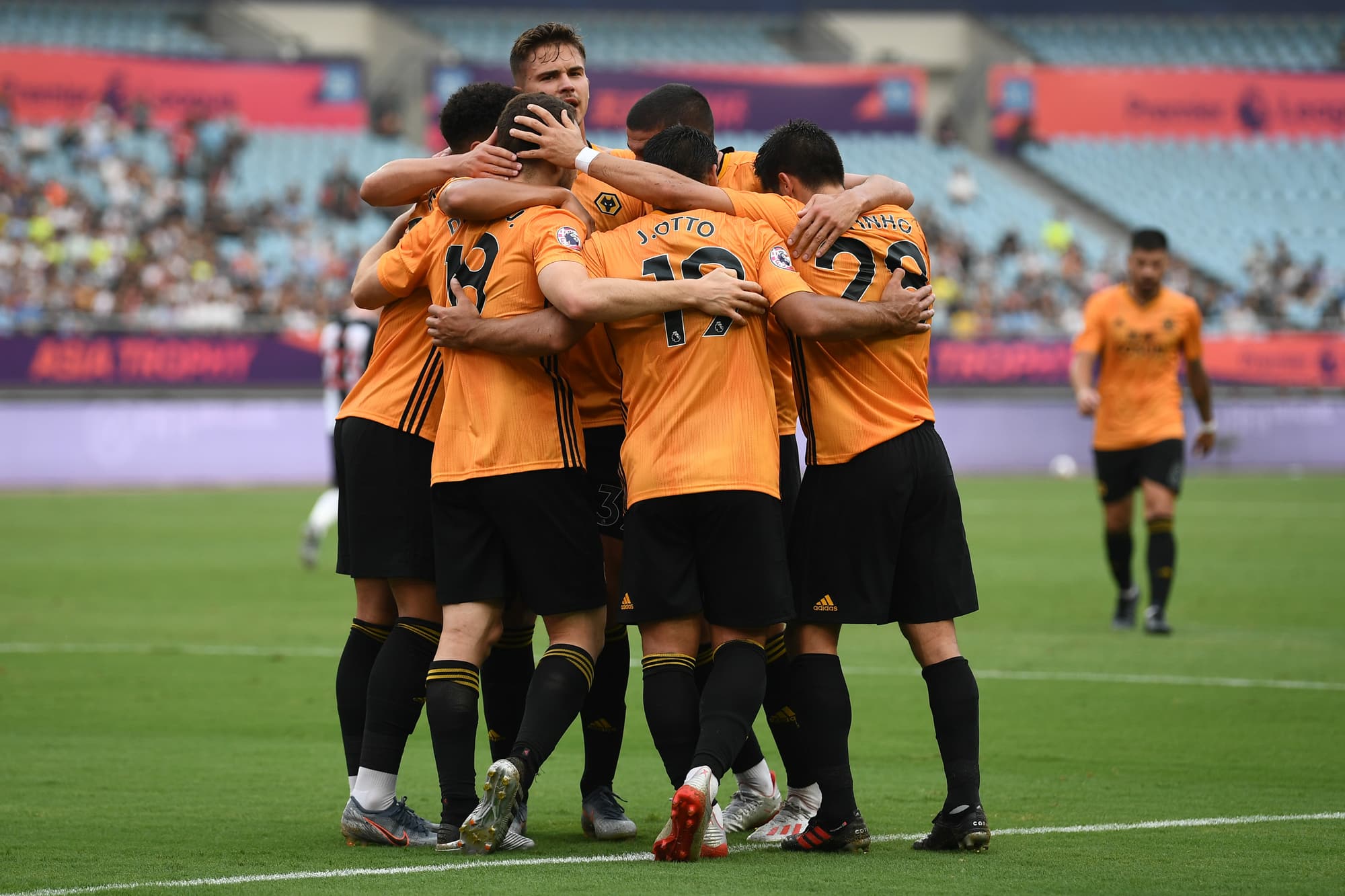 A late strike from Pedro Neto consigned Frank Lampard's Blues to their second consecutive defeat as Wolves came from behind to win 2-1 at the Molineux stadium on Tuesday evening.

It was a drab first-half where the visitors showed some initiative through Christian Pulisic who forced a corner in the 21st minute. Ben Chilwell's precise delivery was met by a Olivier Giroud leaping high but the Frenchman but put his header over the crossbar from just eight yards as a golden chance went abegging.

The Wolves playing with a back five looked content on sitting back and soaking in the Chelsea pressure, their only effort before interval coming from Neto when he struck powerfully to keeper Edouard Mendy from 20 yards.

Despite the Blues attacking, Wolves keeper Rui Patricio was hardly tested but he did come under serious threat when Kurt Zouma's thumping header from a Mason Mount corner thumped the crossbar a minute before the break. Giroud was unable to react quickly enough to put the loose ball from the crossbar rebound away.

The visiting Blues made amends for their misses in the first-half when they found their opener in the 49th minute. Giroud continued his good run of form as he eluded Willy Boly to take Chilwell's lovely low ball and deliver a left-footed volley that went through Patricio's grasp.

The ball crept over the line before the goalkeeper clawed it back, but goal-line technology awarded the opener to the Blues.

Lampard's men could not build on the goal as they allowed the Wolves to seize the initiative. Fabio Silva thought he got the hosts' equalizing goal when he put the ball in the net 6 minutes later but the flag went up for offside.

The hosts drew level in the 66th minute when Thiago Silva's headed clearance fell to Daniel Podence who tricked Chilwell and Reece James with dummies before his chipped shot flew past Mendy to the near post.

Lampard may have had reason to feel aggrieved at Wolves' leveller, which followed a corner awarded to the hosts despite the ball having appeared to go out off Boly.

The game built up a frantic pace as the visitors survived a penalty scare in the 81st minute. Neto went down under James' challenge inside the Chelsea box but referee Attwell reversed his own decision when he found there was minimal contact between the two players after checking the pitchside monitor.

Nuno Espirito Santo's men scenting a winner by now, moved forward with Neto careening into the rival area and beating Zouma on a one-on-one before arrowing in a shot into the far corner to give his side a win inside two minutes of stoppage time.

Chelsea's failure to create chances after Giroud's opener was inexplicable as they allowed the hosts' pace and trickery in attack to take over. The Blues are still momentarily on the 5th spot but will inevitably slip southwards as sides below them forge ahead of them once the midweek fixtures are over.

The Wolves too have broken into the top half after Tuesday night's win but are not likely to stay on the 10th spot they presently are on for long.

Man of the match: Pedro Neto