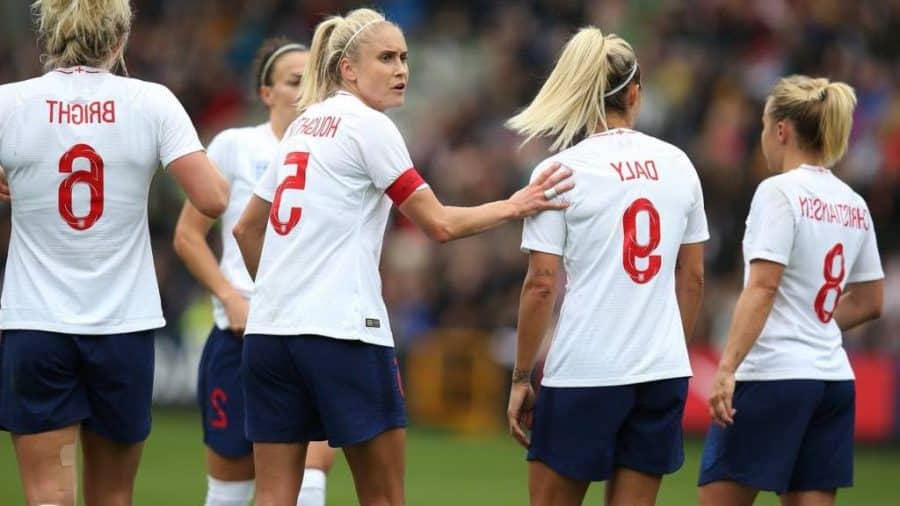 Sweden created a major upset when they knocked out one of the tournament favourites and World No.2, Germany, to progress into the Final Four. Germany, who in their run-up to the quarter finals had won all their Group games and maintained clean sheets conceded their only goals of the tournament to Swedish forwards Sofia Jakobsson and Stina Blackstenius and ending up losers with the end score-line reading 1-2. For the World champions of 2003 and 2007, Saturday night's Round of 8 defeat was their first in 12 international encounters.

Sweden now face Netherlands, who made it to the semi-finals for the first time courtesy two second-half goals against Italy through Vivianne Miedema and Stefanie van der Gragt in the 70th and 80th minutes. The 22-year old Miedema who plays for Arsenal in the FA WSL is already Netherland's all-time top scorer with 61 goals. The Dutch who earlier beat strong outfits like Canada and Japan in their Group fixtures look poised to progress into the finals being tipped to win Tuesday night's semi-final clash against the Swedish, although both are placed neck-to-neck at 8th and 9th in the FIFA women's world rankings.

Earlier, England stormed into their second successive World Cup semi-finals on the back of an emphatic 3-0 win over Norway at Le Havre on Friday night. Goals from Jill Scott, Ellen White in the first half and a brilliant strike from Lucy Bronze in the second sealed the issue for Lionesses. But the English women now run into the formidable United States, the titled holders, who have just come out of an emotional 1-2 win over hosts France.

The Americans sailed into the semis on the back of a stirring performance from 33-year old Megan Rapinoe who scored in each half of the quarter-final game at Parc des Princes, Paris. Post the 1-2 win over the French, Jill Ellis's now head for a semi-final showdown with England in Lyon next Tuesday as they seek to retain their crown and win a fourth World Cup in eight editions. Not many are betting on a English upset as the odds below would suggest.

The United States women's have gained from strength to strength from being third places in 2003 and 2007 World Cups to runners-up in 2011 and eventually champions in 2015.

A USA-Netherlands final look to be on the cards.