Home Football betting World Cup 2018 teams: Which 32 nations are on their way to Russia?
1. 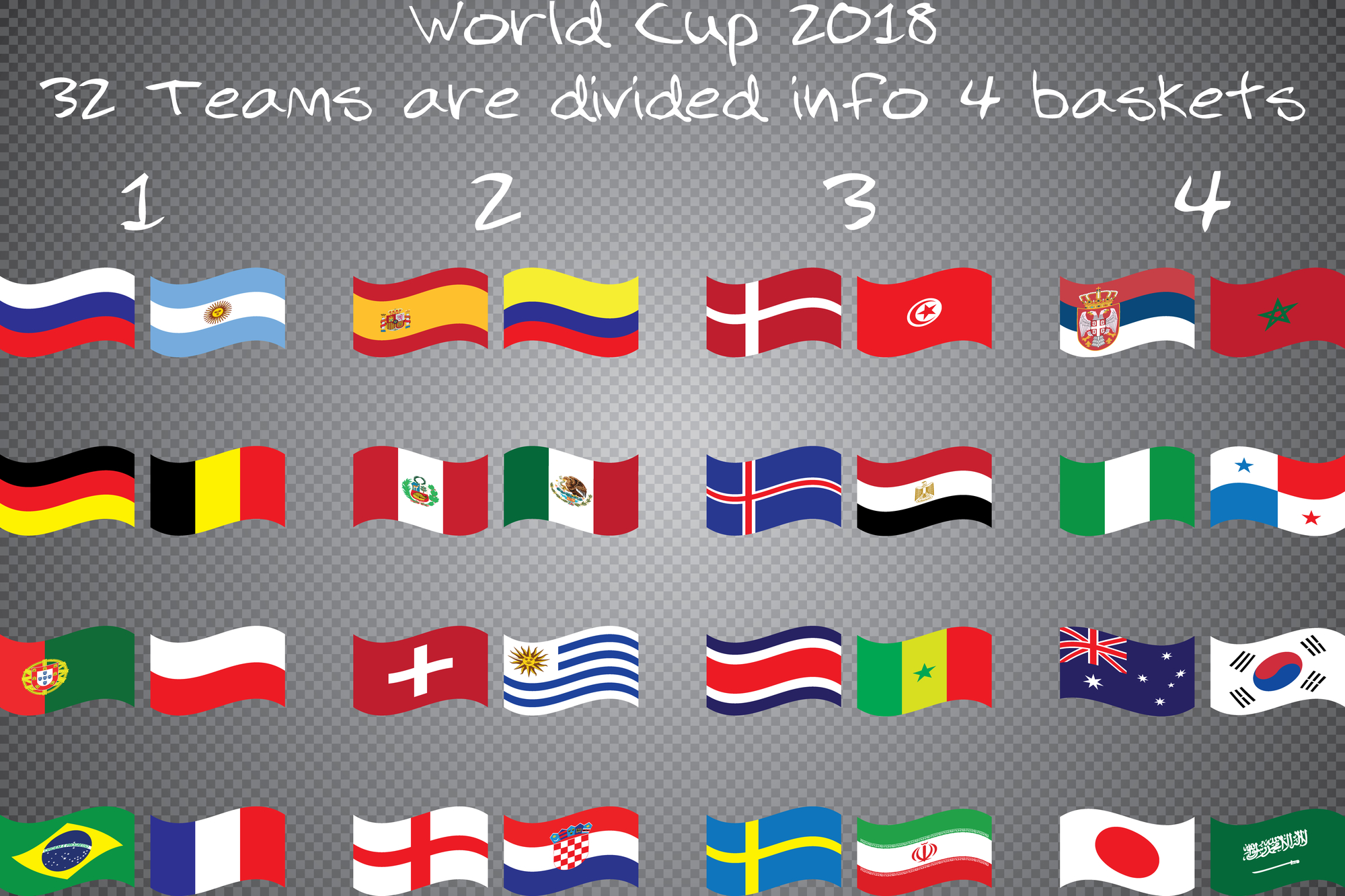 The 21st FIFA World Cup kicks off on the 14th of June. The group stage is set and 32 World Cup 2018 teams will battle it out on the pitch for the glory of the Jules Rimet Trophy. [toc]

Only eight nations have ever won the World Cup. The 2018 edition could see a new country defy the odds and win the tournament. However, the chances of a country such as Germany, Spain, Brazil or France winning the competition again are quite high. There are 32 World Cup 2018 teams, and anything can happen on the pitch.

Since 1990, the tournament has been won by a European nation five out of seven times. The only country outside of Europe to win the World Cup in the last 28 years was Brazil. The South Americans won it in 1994 and 2002. Could another odd numbered year be lucky for them?.

While there is a long list of nations returning to the tournament, there are three big nations that will miss out. The Netherlands, Italy and the United States all failed to qualify for the World Cup 2018. All three will have plenty of soul searching to do as they watch the following nations compete in Russia from June to July.

See which World Cup 2018 teams sit in which Group and see the latest betting odds for the win Group market.

Hosts Russia headline Group A. The Russians didn't have to go through qualification and enter the tournament without having to push their players in competitive matches. The team does have a possible doping scandal over its head. It could haunt the team as the World Cup kicks off. The Russians are joined by Saudi Arabia, Egypt and Uruguay. The Egyptians are led by Liverpool's Mohamed Salah and were seconds away from missing qualification. Salah's penalty on the last day of qualifying saved them and booked their ticket to Russia. Uruguay will be considered the favourites to go through in the group thanks to the star power of Edinson Cavani and Luis Suarez.

Portugal and Spain are the two heavyweights in Group B. The Iberian nations will be battling it out for first in the group. Based on the season of Portugal's Cristiano Ronaldo, the Portuguese better hope he performs better for his country than club, or they will be going home early. Morocco and Iran round out the group. It will be difficult for the two sides. However, Iran could be a dark horse. It's just too bad Portugal and Spain are in the group.

France are being tipped by many as the best of the World Cup 2018 teams. The French team have so many good players it's scary. Hugo Lloris, Thomas Lemar, Paul Pogba and Dimitri Payet are just four of the names that should be in the French squad. It will take a mighty side to overcome the French in Group C. Therefore, it's more likely the other three sides will be playing for second. Australia, Peru and Denmark will battle for the other qualification place in the group.

Is Group D a group of death?. Perhaps it is with Argentina, Nigeria, Croatia and Iceland competing for the top two qualification spots. Iceland had a real coming out party at the Europe 2016 tournament. The nation continues to get better every year. Croatia is a strong nation that is regularly at the top tournaments. Meanwhile, Nigeria is always one of Africa's top nations. It is questionable how talented this Super Eagles team is, however. Finally, there is Argentina and Lionel Messi. Argentina were runners-up at the 2014 World Cup, losing to Germany in the final. The team were not good in qualifying and were pushed to the brink of elimination. Argentina have the talent to be one of the best World Cup 2018 teams, if not the best. But will they play to their potential?.

Group E shouldn't be taken lightly. Most fans will think Brazil are the best team in the group and will go through easily. They may top Group E, but Switzerland, Costa Rica and Serbia are all quality teams. Costa Rica were one of the teams that prevented the USA from qualifying for Russia 2018. They are a good side and could reach the second round. Group E will be tough to call and it could turn out to be just as much a group of death as Group D.

Speaking of groups of death (is that getting repetitive?) Group F has some serious heavy hitters in it. Reigning World Cup winners Germany headline the group and are joined by Mexico, Sweden and South Korea. Although Germany are the best side in the group, the other three teams have the ability to take points off of each other.

Belgium were the hipster team of the 2014 World Cup. The Belgians go into the tournament as one of the best World Cup 2018 teams, and some will have the side as a dark horse winner. Thanks to Romelu Lukaku and company, Belgium have the quality, but will they go deep into the tournament? England, Panama and Tunisia join Belgium, and it is really a two-horse race. England should join the Belgians in the second round, but things don't always work out for the English so easily.

Poland, Senegal, Colombia and Japan make up Group H. It is the most wide-open group of all the World Cup 2018 teams. Poland have a number of high-profile players including Robert Lewandowski. If he can score goals early and often, the Polish should qualify for the second round. Colombia have their fair share of top players, including Monaco's Radamel Falcao. Senegal have Sadio Mane in tow, while the Japanese are always well trained. Group H is open to whichever team gets hot.