Is there any fixing in Horse Racing?…and the Yellow Sam Betting Coup 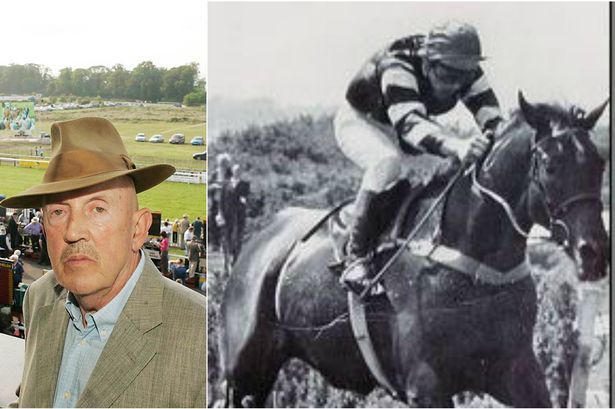 No matter how hard it is to admit, fixed matches are a reality we can’t shake off. Match rigging is pretty common in football and team sports. However, what’s most surprising is the fact that it even takes place in horse racing and individual sports.

Many of you might be wondering how fixing can be done in horse races. After all, the “actors” aren’t humans – they are horses.

Did you forget the fact that trainers and jockeys play a major part in horse races?. From what we’ve seen so far, almost everyone can be bought in the world of sports, and they’ll do anything to earn their money.

With that being said, fixing is pretty hard in horse races. Horses are unpredictable and there’s no way of guessing the winnings horse right.

Even if you bet on favourites, you can’t be sure – over the years, we’ve seen many underdogs leave favourites in the dust. Although it occurs far less often than in football, for example, there are still too many horse races that are rigged.

How Can a Horse Race be Rigged?

The sad truth about rigged horse races is that not all horses (and jockeys) are in it to win it.

Everyone wants a piece of the pie and after a few failed races, it’s easy to convince someone to take their money and run.

The jockey might not even be on it – he may be told to simply put off winning a race by the trainer/owner of the horse who have jumped on the chance to win some money.

On the positive side, horse racing is pretty hard. In horse race betting, punters bet against each other – the track simply gets a cut of the monies (takeout). Due to this, the house itself doesn’t exactly have any reasons to rig a race. However, individuals have.

To rig a horse race, jockeys or trainers either “dope” horses, substitute them just before a race or sabotage other opponents’ horses.

If it’s just a trainer/owner involved, they can influence a jockey to put off winning.

Fixing a complete order of a race is out of the question since there are too many variables involved, not to mention too many people.

Meddling with today’s electronic betting systems is almost out of the question – it’s simply too risky with the level of protection nowadays.

This leaves jockeys, trainers, and horse owners the three most likely culprits for fixed horse races.

There’s plenty of money to be made on horse racing and you can bet that everyone wants a piece on the action. When you add betting exchanges into the mix where punters can profit from the defeat of a horse, you can easily see how horse races can be fixed.

In the past, we’ve been witnesses of many betting scandals involving horse races. One of the biggest coups in horse racing was perfectly executed by legendary gambler Barney Curley.

An Irish punter and philanthropist, Curley regularly scored big at the races (and other sports). His Yellow Sam betting coup in 1975 remains one of the largest in the betting industry. Even though it was proven that he did nothing illegal, he orchestrated a coup that brought many people money and himself millions.

Curley’s own horse, Yellow Sam, was quite a slow horse Barney bought for the race in question. Barney Curley himself instructed the horse’s trainer to specifically train the horse for an obscure race at Bellewstown which featured amateur jockeys.

Before the Mount Hanover Bellewstown race, he put the horse through a series of races in unfavourable conditions.

Up until the race, Curley spent his time putting people in place. On the day of the race, Yellow Sam was at 20-1 and large sums of money were bet on the horse by Curley’s acquaintances.

This is where it gets fun.

In such a case, bookies would drastically reduce the horse’s price. Curley’s men placed large bets at around 300 betting shops across Ireland.

The shops tried to contact the track, but it was available via only two telephone lines.

The first one belonged to the Extel Company – the one that supplied racing data to betting shops. This line was supposedly cut and unavailable.

The second one was a public telephone. Leading up to the race, Curley instructed dozens of his associates to make fake inquiries over the phone just before the race, leaving the bookies in the dust.

They couldn’t contact the track and Curley’s plan worked to perfection.

As he already had a reputation as a gambler, he knew that his appearance at the races might give off his plan. Still, he couldn’t make himself stay away, so he watched the race concealed in a thicket of gorse and Yellow Sam won.

Curley became a very popular figure in Ireland and the UK afterward as the man who tricked the bookies.

To date, no one has been able to prove the illegality of his orchestrated scheme. It led to many bookies amending their rules for good.

Barney Curley claimed he never did anything illegal – he outwitted the system and taken advantage of unique circumstances.

As things stand now, we’ll never know if he earned his money legally. Nevertheless, it’s a case that proves that horse races can be fixed one way or the other.

In 2014, Curley was once again in the headlines after being linked to 4 horses that won races and cost bookmakers over £2 million.

The legendary gambler was probably at it again, but there’s no proof of it. Even worse for bookies, Curley has reportedly won many similar coups with no one to prove it. 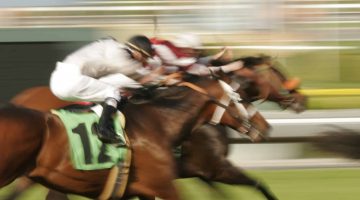 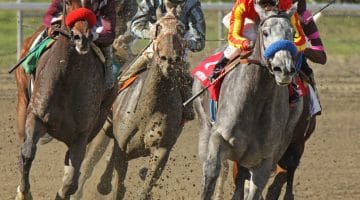 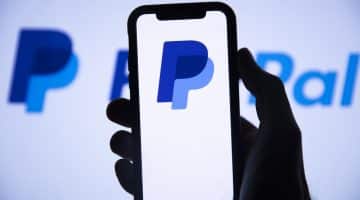 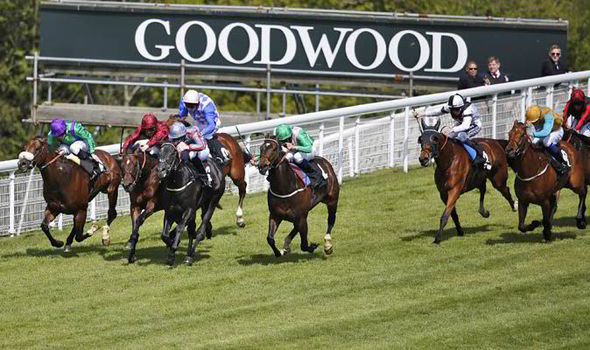