The MVP Contenders – “NFL” The Most Valuable Player Race at 2018 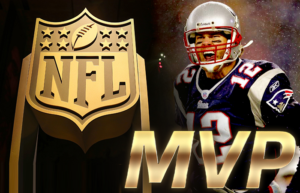 The 2018 NFL season is right around the corner, and I can’t wait for the action to get underway. While lots of bettors are focused on the team-oriented wagers, there are a plethora of bets you can place regarding the individual performances of each player.

For example, take the NFL’s Most Valuable Player award. Right now, on SportsBetting.ag, you can choose between a host of players and place a wager on if they’ll take home the trophy for the league’s most valuable player.

If you’re interested in seeing how the prices have changed over the last few months, here’s what the NFL MVP odds looked like back in April.

The plan for this blog is to help you organize your thoughts and narrow in on a few selections that might be worth your time. It’s not just about who can win the award; we also need to see if there is enough value attached to make the bet worthwhile.

You’ll see what I mean below.

Follow along as I run through the list of the top contenders who have +5000 or better odds to win the MVP. These odds are courtesy of SportsBetting.ag, as of August 9th.

Here’s what I mean about unlocking the bets that provide value.

For example, I think that Packers quarterback Aaron Rodgers has a chance to win the MVP award, just as he did in 2011. But at +600 and a worse price than defending MVP Tom Brady? That doesn’t scream out “value” to me.

I’d have no problem betting on Rodgers at +1200 or even +1000, but +600 just seems a little light for a guy who is coming off of a severely injured collarbone. That’s why I didn’t include A-Rod has one of my 5 best value plays for this bet.

To see who is included, just keep on reading!

The 5 Best Bets on the Board

Before we start placing wagers on who will win the NFL’s Most Valuable Player award, we must look at the facts that surround the recipient of this coveted honor.

Just from those three key points, here’s what we can gather.

The winner of the 2018 NFL MVP is going to be a starting quarterback on a team that makes the playoffs.

We can’t completely write off a running back or a receiver winning the award, but data is data, and it would be an outlier year if either scenario were to occur.

With that being said, let’s take a look at the 5 bets that I believe are the most lucrative.

Those of you who watched the 2017 NFL season closely know that Carson Wentz was on the brink of winning the MVP award. Wentz led the Eagles to a 10-2 record through 12 games and was absolutely crushing the competition.

Despite getting injured during their Week 14 game versus the Los Angeles Rams, Carson was able to toss 33 touchdown passes, ending up just 1 short of leading the entire NFL.

The fact that the former North Dakota State University QB only threw 7 interceptions and had a rating of 101.9 tells you everything you need to know.

The Eagles will have their signal-caller back at the helm in time for the Week 1 home game versus the Falcons, and it’s a perfect spot for Wentz to jump right back on the horse. If you thought that Carson had weapons around him on offense last season, wait until you see the Eagles lineup in 2018.

The main pieces are back, plus Carson gets a new deep-threat toy in Mike Wallace. Pairing rookie tight end Dallas Goedert with Zach Ertz could make this unit unstoppable in the red zone.

I fully expect the Eagles to have a monster season and be in the running for the number-one overall seed in the NFC. Should that pan out and Wentz stays on the field, he’ll be on the short list for MVP candidates.

The +1000 price tag is plenty of incentive to get me on board.

In my eyes, Tom Brady deserves to be the favorite to win the 2018 NFL MVP award. He won his third MVP trophy in 2017 after another rock-solid season in Foxborough, something we have gotten used to seeing by now.

Forget about the fact that he’s 41 years old, ladies and gentlemen. He’s in arguably the best shape of his life, and here’s what’s even more impressive. He’s playing as well or better than he ever has during his 17+ years as the Patriots’ starting quarterback.

“Tom Terrific” is coming off a year in which he led the NFL in passing yards, and his team finished atop their conference with a 13-3 record. It’s no wonder he took home the 2017 MVP award. The only question I find myself asking is why he is hanging out at +800 instead of +550 or +600.

You know he’s going to put up monster numbers, and we’d all be shocked if the Pats didn’t roll through the AFC East and win the division for a 10th straight year. There isn’t a safer bet for a player to be in the running for this award, which makes this wager so easy to place.

Rather than hope and wish that he’ll have a big year, know that he has already established his dominance and superiority. Simply put, it’s a foregone conclusion that he’ll perform well.

I think +800 is more than a fair price for Tom Brady. He’s the face of the NFL, and that won’t change until he hangs it up for good.

Before you balk at the idea of Jared Goff winning the NFL MVP award, you should really look at his development and the prospects of the Rams this upcoming season. Where shall I start?

How about with Jared Goff, the quarterback? Despite sitting out of the final game of the season due to their playoff seeding being already solidified, Goff put up some pretty gaudy numbers for a second-year player.

I understand the hype about Todd Gurley, who I believe is the league’s most complete running back. But remember what I said at the top of the page, folks?

This award is essentially designated for the quarterback among the best 3 or 4 teams who has the sweetest overall numbers. Being that the likelihood of that happening is greater than 1 in 16, this wager piques my interest.

The Rams are going to be dynamite this season, and their 23-year-old QB from California is going to be a big reason why.

The New Orleans Saints might not be as much of a lock to play well in the NFC as the Rams or the Eagles, but I’ll tell you this right now. Drew Brees is the biggest “lock” to throw for over 4,300 yards in that entire conference.

You’d have to go all the way back to his 2005 season as a member of the San Diego Chargers to find the last time Drew Brees finished a season with less than 4,300 yards through the air.

The emergence of Alvin Kamara and the running game in the Big Easy undoubtedly correlated into Drew’s numbers taking a hit, but it’s not as bad as you think.

If the Saints win 12 or 13 games and end the season with the best record in the NFC, it’ll be a near certainty that Drew Brees is one of the favorites to win the MVP award.

In the case that the Saints don’t play that well and are trailing in some ball games, that’ll just mean Brees gets to air it out even more than planned. Either way, the Saints QB should find himself near the top of most MVP ballots at season’s end.

The +1600 price tag by no means isn’t the most appetizing on the entire board, but I have been watching the NFL long enough to understand how things work. If the Saints have a spectacular season, Drew Brees will be a serious factor in the discussion for the MVP award.

Kirk Cousins isn’t just set up for success in 2018, my friends. He has everything laid out right in front of him, hoisted up on a silver platter.

The defense in Minnesota is daunting and is unquestionably one of the top-5 groups in all of the NFL. Cousins has Adam Thielen and Stefon Diggs lining up as his starting wideouts, representing the best 1-2 punch of receivers in the entire league.

Dalvin Cook returns to the starting backfield, giving “Captain Kirk” another target to throw to and another form of ammunition. Tight end Kyle Rudolph has proven to be a beast in the red zone.

Cousins has virtually everything he needs to take his game to the next level.

Kirk was a good quarterback during his tenure in Washington, but now it’s time to be great. After all, owner Zygi Wilf decided to pay Cousins at least $84 million over the next three years, making Kirk the highest-paid player in the league.

The only way the former Michigan State QB can return value on this sizable contract is to bring a Super Bowl to Minneapolis. Given that it should be almost impossible to fail in his current situation, I like Cousins as a sneaky pick to win the MVP award in 2018.

The Vikings are projected to win as many games as any team in the conference, and Cousins has gone over the 4,000-yard passing mark in each of his three seasons as a starter. He should be in line for around 4,500 yards through the air and should have no problem surpassing 30 touchdown passes.

Assuming he does that and the Vikings finish around 12-4 and atop the NFC North, you better believe Kirk will be one of the nominees to win the MVP award.

I could see this price falling to +1200 if the Vikes start out hot, so the time to grab Kirk in an MVP futures bet is right now.

As you probably already know, the lines will get more and more accurate, and it will get even tougher for us to find betting edges once the season starts. Before the season begins is a fantastic time to scour the most reputable and NFL-friendly gambling and virtual sports betting sites and look for wagers that propose value.

The MVP award is the greatest single achievement a player can obtain as far as individual awards in the NFL go. This blog was intended to shed some light for all the readers out there who are contemplating placing a bet on who will win this award.

The truth is, it’s almost inevitable that a quarterback from one of the most successful teams will take home the hardware.

I unveiled the preseason odds for a handful of players, and I even focused on the five contenders who not only can win the award but can provide value given the price the bookmakers are offering.

If you think there’s someone else out there with better value, then be my guest and place the wager. These are the five bets I’m latching onto, and I’ll be hoping to cash in at season’s end!

The post NFL Most Valuable Player Race 2018 – Looking at the MVP Contenders appeared first on GamblingSites.com.