Did you know that William Hill are currently offering the best Premier League top scorer odds on Sergio Aguero at 10/3?

However, there are two chief reasons to believe that he can make up this deficit and that Sergio Aguero’s odds to top the Premier League scoring charts will prove profitable.

First is that Hazard is currently converting over 30% of his chances this season, which is almost certainly a rate that is unsustainable throughout a 38-game campaign.

And the second is that Hazard’s Belgium teammate is now fit again to provide the ammunition to Aguero’s top-scorer challenge.

Here are some thoughts on all of the Premier League top scorer frontrunners.

The impact of Kevin de Bruyne and his partnership with Aguero

De Bruyne has only managed 30 minutes to date this season when introduced as a second-half substitute on the opening day against Arsenal, injuring a knee in training soon after.

He’s now back training and in line to return for the Premier League clash with Burnley, where Man City are emphatic favourites at 1/14 and Aguero’s odds are 2/5 to score in this fixture for the third successive season.

De Bruyne was the primary supplier of Aguero’s 21 goals last term and comfortably topped the Man City statistics for chances created. He crafted 105 in the last campaign, with David Silva next best on 61.

In fact, KDB’s direct assist count for Aguero is into double figures across the past two seasons.

Even without De Bruyne, City head the Premier League in terms of goal attempts. They should become even more dominant in this field now he’s back.

City have had 174 goal attempts in eight games. Chelsea are the only other team to have had more than 117.

What’s more, Aguero also leads the way for individual goal attempts with 38. Again, he should now be more dominant in this area too with De Bruyne back. 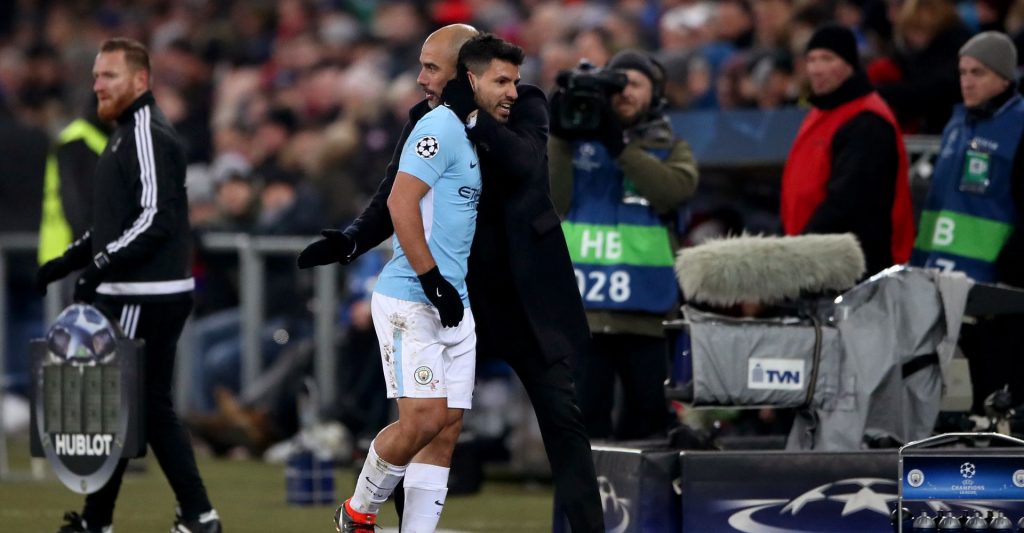 Where the three-time Premier League winner has been struggling is in a statistic called ‘Big Chances’. He’s had only one since scoring a hat-trick against Huddersfield in City’s second game. Unsurprisingly, De Bruyne comfortably led the way last term for Big Chances Created.

So, Aguero sits second in the scoring charts, despite being without his leading supplier. The assister is now back ahead of a favourable run of games that sees City face Burnley, Southampton and Bournemouth at home in their next six.

This seems the best time to bet on Aguero’s odds to be the Premier League top scorer and don’t forget that you won’t get better odds anywhere than the 10/3 that we’re offering you.