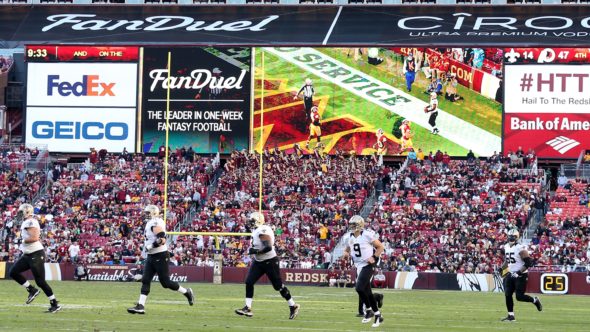 FanDuel opened its first retail location for sports betting this weekend at a horse track in New Jersey.

The fantasy sports company, and now bookmaker, officially opened shop at the Meadowlands Racetrack in East Rutherford, NJ, a stone’s throw away from MetLife Stadium where the NFL’s Giants and Jets play.

The retail location, which comes just two months after the U.S. Supreme Court paved the way for state-by-state legalization of sports gambling, is part of the company’s new FanDuel Sportsbook.

The newly-established gambling division will enable fans to take a variety of bets, including live in-game betting with options to make parlays, over-unders, and teasers, across a number of sports. Most notably that includes the NFL, the NBA, MLB, and the NHL.

So…we did a thing!

FanDuel has been busy since the Supreme Court decision that relaxed gambling laws in the U.S. It has swiftly transitioned from a daily fantasy sports operator to a sports bookmaker.

In May, FanDuel agreed to a takeover deal with U.K.-based betting house Paddy Power Betfair, one of Europe’s largest bookmaking companies. Paddy Power Betfair already has a foothold in the U.S. through its TVG horse racing betting network and an online casino business in New Jersey.

#mc_embed_signup{background:#fff; clear:left; font:14px Helvetica,Arial,sans-serif; }
/* Add your own MailChimp form style overrides in your site stylesheet or in this style block.
We recommend moving this block and the preceding CSS link to the HEAD of your HTML file. */

Deals are being made at a lightning pace as companies with gambling interests work to establish their businesses in states where sports betting has been legalized. FanDuel’s partnership with Paddy Power Betfair, and its first of what will likely be several brick-and-mortar locations for sports betting, give it an edge over daily fantasy sports rival DraftKings—for now.

DraftKings, meanwhile, is reportedly looking to raise another $200 million from investors to dive deeper into sports gambling, according to Axios. The company recently struck deals with Del Lago Resort & Casino in New York and Resorts Atlantic City to offer online sports betting services. It has also teased a sportsbook app.