Westgate SuperBook to Expand Brand Across US In Post-PASPA America 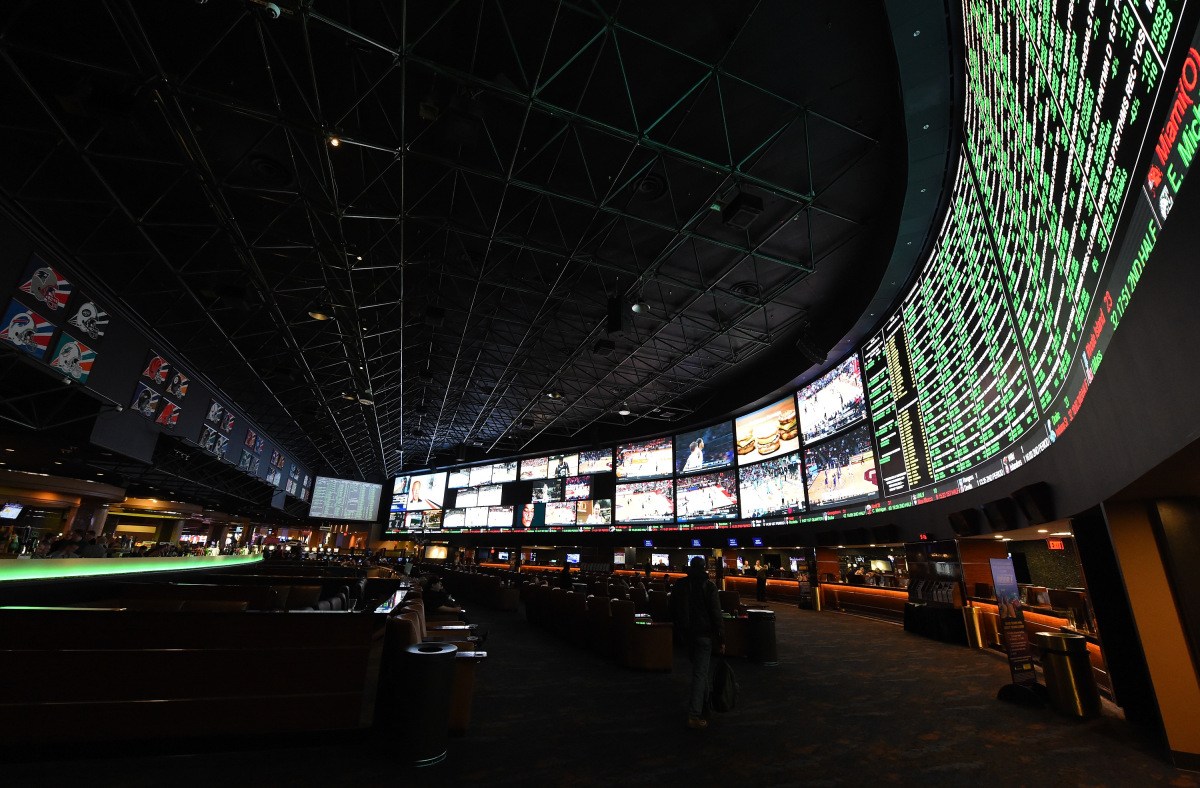 The Westgate SuperBook in Las Vegas is the biggest sportsbook in the world and it’s expanding to even greater levels thanks to the new gaming climate in the US.

With 350 seats and a massive 220-foot-by-18-foot 4K video wall, the 30,000 square-foot Westgate SuperBook is the biggest sports book in the world. (Image: Ethan Miller/Getty Images)

Westgate is planning to capitalize on opportunities from the US Supreme Court striking down the ban on state-sanctioned sports betting with a new company that will export the SuperBook brand across America.

The company will operate as a separate entity under the Westgate umbrella and will be headed by the casino’s long-time Vice President of Sports Operations, Jay Kornegay.

Kornegay gave OnlineGambling.com a quick heads-up on the venture, prior to the official announcement. The new company intends to form partnerships with casinos across the land, much in the way British bookmaker William Hill has partnered with casinos Nevada and New Jersey, he explained.

We plan to start a new SuperBook company in the next 45 days,” Kornegay said. “We’ll be looking to find new partners to operate their sportsbooks, whether it’s tracks, Native American casinos, or OTB’s. You name it we are looking to expand our brand. We’re looking to offer something that is different than what is out there right now.”

Home of the SuperContest

The SuperBook was established in 1986 — when the Westgate was the Las Vegas Hilton. At a time when sports books were little more than an afterthought for Las Vegas casinos, it aimed big — 30,000-square-feet big.

In 1988, it launched the SuperContest, which has grown into the biggest NFL handicapping competition in the world. This year, on its 30th anniversary, it attracted over 2,700 contestants and paid out a $1.3 million first prize.

While the off-Strip venue was the market leader in the early days, it lost some ground to competition from the new giant Strip resorts that were built in the 1990s and 2000s.

When Kornegay took over in 2004, he wanted to recapture the SuperBook’s edge in the market so he instigated a complete overhaul.

He broadened the betting menu, introducing lines on different types of sports and more propositions. The SuperBook was offering options gamblers couldn’t find anywhere else. This is the ethos he wants to export nationwide. Today, the SuperBook still has the biggest and most exotic betting menu in Nevada.

“There will be a huge market swarming to these new, legal sports books, spreading across the country,” he told the Las Vegas Review-Journal Monday.

“I feel the expansion of sports gaming will follow the same path as the cellphone business. It’s infant stages in this country now, but we’ll see sports gaming options almost on every corner someday. It’ll be like the UK, where they’re as common as barbershops.”

The post Westgate SuperBook to Expand Brand Across US In Post-PASPA America appeared first on Casino.org.