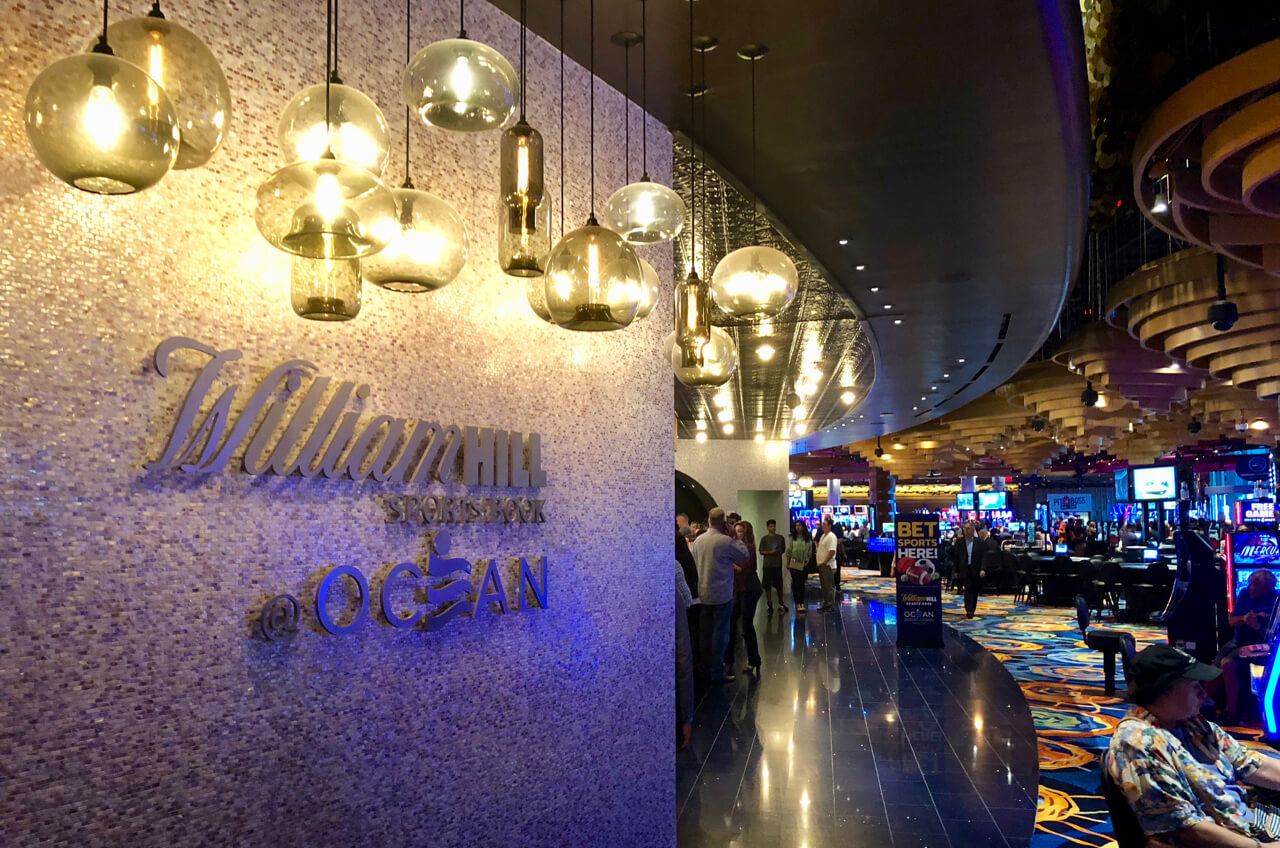 William Hill is in early talks to form a sports betting partnership with Penn National Gaming, according to reports in the UK media over the weekend.

The newly opened William Hill sportsbook at Ocean Resort, Atlantic City. A partnership with Penn National, America’s biggest regional gaming operator by number of states could give the British bookie unparalleled market access in the US. (Image: Ocean Resort)

The Times and City AM quoted “City sources” — a reference to London’s financial district — who said that talks were in “early stages.”

Penn National could be the biggest benefactor from the US Supreme Court’s decision to reject PASPA, federal legislation that prevented state-sanctioned sports betting. With 29 casinos in 16 states, the company is a superpower of the regional casino market, with the largest footfall across America.

A sports betting partnership with Penn would be a coup for William Hill, giving the British bookmaker unparalleled market access. Penn’s presence is due to increase from 16 states to 18 when its acquisition of Pinnacle Entertainment is finalized in the fall.

Recently, MGM agreed a partnership with Boyd Gaming, largely to enable both parties to compete with Penn as the digital sports betting landscape takes shape over the next few years. The deal will allow both parties to offer online gambling services in jurisdictions where either Boyd Gaming or MGM Resorts operate, increasing both operator’s reach to 15 states.

There’s been a period of furious deal making since the repeal of PASPA, as uk bookmakers jostle for strategic position in the emerging markets by partnering up with US operators. Those deals have escalated over the past two weeks as the first early-adopters, like New Jersey, Delaware and Mississippi, begin to roll out their operations.

William Hill is struggling on the domestic front having failed to complete a large-scale merger or acquisition like many of its competitors, while it deals with the fallout from the UK government’s decision to slash the maximum odds of fixed-odds betting terminals.

The company is looking to hit the jackpot in the US, where it is already the dominant sports betting player in Nevada and, recently, New Jersey.

At an earnings call of its own in late July, Penn National said it was preparing to launch sports betting operations imminently in three states.

Betfred Acca Insurance explained. Up to £10 Refunded on Losing 5 + Acca's by 1…