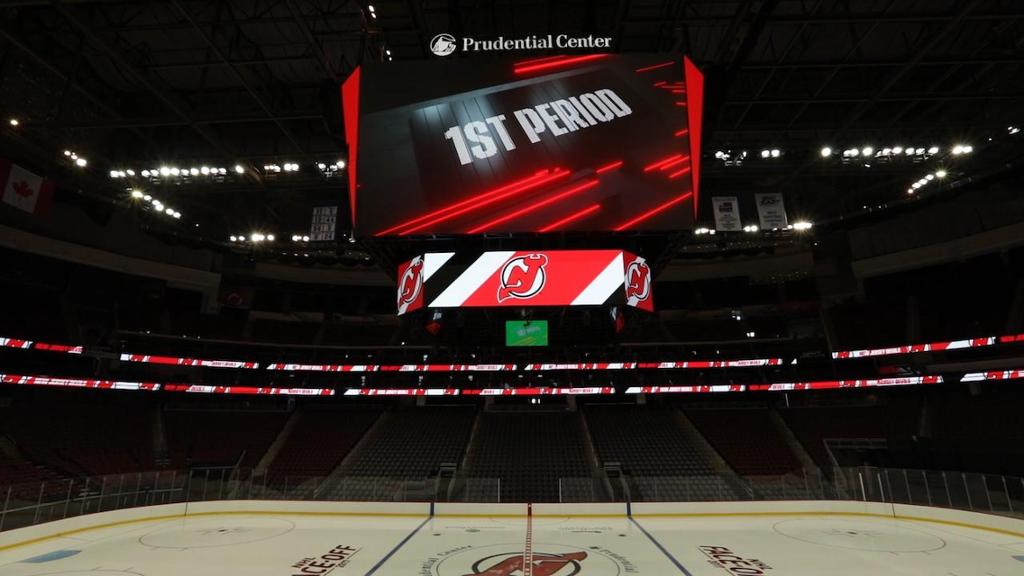 The National Hockey League continues to welcome William Hill with open arms. The rapidly expanding sportsbook brand will be present in another NHL arena this season after announcing a multi-year deal with the New Jersey Devils on Thursday.

The scoreboard at the Prudential Center in New Jersey, home of the NHL’s Devils, is four-stories tall. A new agreement with British bookmaker William Hill will feature the company logo as part of an in-game branding partnership announced on Thursday. (Photo: NHL.com)

The announcement comes just one month after William Hill and the Vegas Golden Knights reached a similar branding partnership.

The most notable part of the agreement will be the addition of the William Hill Sports Lounge – featuring a buffet of TVs with games, odds showing, a bar, and mobile-sports betting opportunities – to the Prudential Center. However, the sports lounge will not feature a live sportsbook.

William Hill CEO Joe Asher made it clear the move was another step for the company in establishing a foothold in New Jersey – where the company operates sportsbooks at Ocean Resort, Monmounth Park, and most recently Tropicana Atlantic City.

The deal also calls for William Hill’s logo to be displayed on signs inside the arena and on LED video boards during line changes. The Devils’ radio and television stations will run William Hill advertisements.

The Devil Is In The Details

Devils President Hugh Weber said the partnership is indicative of the team’s “commitment to creating a dynamic and engaging fan experience” and drew a parallel between the team’s roster – which features 14 foreign born players – and the British-based sportsbook.

“It was only natural that our first partner in this dynamic new category be a trusted, international brand like William Hill,” Weber said.

Weber’s connection in that statement might be stretching it, but it includes a key word: “first.”

The deal is a non-exclusive agreement, allowing the Devils to reach similar deals with other sportsbooks if they choose. Based on the only precedent, they might be tempted to do so.

One week after the Golden Knights became the first NHL team to partner with a sportsbook, the team announced another in-game branding partnership, this time with Las Vegas-based slot machine company AGS.

The Sun Never Sets On The William Hill Empire

William Hill is being aggressive about staking claim to their territory in New Jersey.

The sportsbook at Tropicana AC went live this week, becoming the third William Hill location in the state. That was simultaneous with a decision to sue New Jersey competitor FanDuel for copyright infringement.

The suit claims that FanDuel plagiarized William Hill’s tutorial betting guide. The two company’s rolled out their mobile betting apps in New Jersey at the same time earlier this year.

This fall the company reached a 25-year deal with Eldorado Resorts, which operates 21 casinos in 11 different states, and later expanded on a deal with Golden Entertainment to take over additional Nevada properties as well as in Montana and Maryland.

William Hill also partnered with IGT – after the latter company acquired a sports betting contract by the Rhode Island Lottery – to offer sports betting through the state lottery.