The 2018 Australian Open takes place between the 15th and 28th January in Melbourne. It is the first grand slam tournament of the season and will go some way in determining who will be the front runners in both the men’s and the women’s game this year. [toc]

Prior to the tournament, we lost a few big-name players. Serena Williams and Andy Murray both withdrew from the event.

While this was not good news for fans at the Australian Open, it gave the other players in the draw a little extra confidence ahead of the tournament.

In the men’s draw, there were fitness doubts over both Rafael Nadal and Novak Djokovic but the Spaniard looked comfortable in his opening round match to book his place in the second round. However Nadal was not really tested in the match and despite the ease in which he won, tougher challenges lie ahead in his quarter of the draw.

Novak Djokovic has spoken about his injury problems before the tournament and has asked his elbow ‘to behave’ ahead of his first-round match. The Serbian has not played competitive tennis for six months yet did not undergo any surgery during his time away from the court.

The former world number one has spoken about how the injury is not 100% but at a level where he feels he can compete. Unfortunately, while Andy Murray may not be involved, other top players including Nadal and Roger Federer are competing and if Djokovic is less than 100% fit, he will struggle in the latter stages of the event.

Djokovic fitness could be an issue and is at 10/1

Djokovic is available at 10/1 to win the Australian Open with Betfair.

So, with Nadal and Djokovic battling with their body, this leaves the door firmly open for Federer. The Swiss proved everyone wrong last year, coming back from an injury layoff to win the 2017 Australian Open.

The faster courts and match scheduling also helped last year and the courts are set to remain quick for the 2018 event.

Federer has planned his schedule carefully to ensure he is in peak condition for the tournaments he believes he can win and that includes the Australian Open. There is no doubting his fitness and just by having that, he is already one step ahead of his closest rivals.

When fit and determined to win, it is rare Federer has a bad day at the office and his draw looks favourable. It would be a surprise not to see him in the final.

Federer is 7/4 favourite with Unibet to win the 2018 Australian Open.

With many of the top players struggling with injury, this could be the year we see some emerging talent reach the latter stages of grand slam tournaments. Look out for Alexander Zverev (16/1 with Betfair), Andrey Rublev (125/1 with William Hill) and Denis Shapovalov (100/1 with Betfred) to cause some upsets.

With Serena out Svitolina looks safe at 7/1

Looking at the women’s draw and things have really opened up for the remaining players following the withdrawal of Serena Williams. 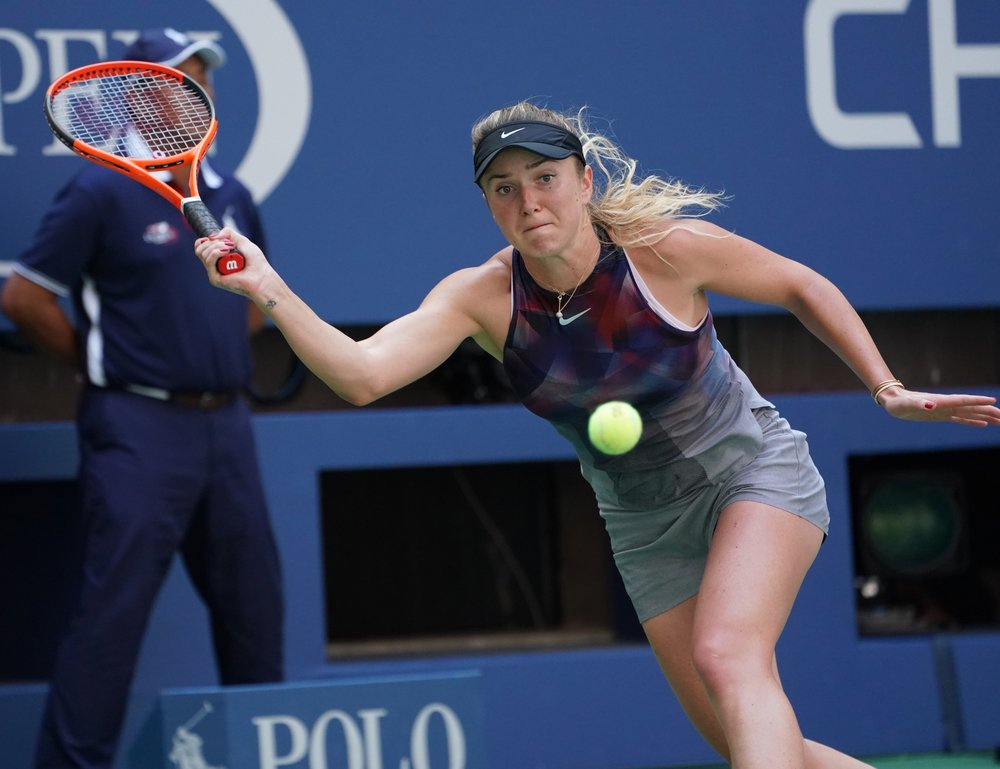 The news both Serena Williams and Victoria Azarenka were not taking part in the tournament would have been music to the ears of Elina Svitolina. The Ukrainian has just come off the back of a tournament win in Brisbane and in terms of hard-hitters in the women’s games, she is next in line following the two players who have been forced to withdraw.

She has yet to reach a grand slam semi-final but has a good seeding this year plus excellent form going into the tournament.

Svitolina is the 7/1 favourite with William Hill to win the 2018 Australian Open.

Federer made a great return to the top of the men’s game last year and this season it could be the turn of Angelique Kerber to come back strongly by winning the first grand slam of 2018.

Angelique Kerber a good bet at 10/1

The German endured a torrid 2017 but she has started this season with a clean slate and can put 2017 behind her in Melbourne.

She has dropped down the rankings and that the means the pressure if off, which will be good for the German. Kerber may need to beat Garbine Muguruza and Simona Halep to reach the final but at her best, she is capable of defeating both players.

Kerber is 10/1 with William Hill to win the Australian Open.

Caroline Wozniacki worth backing at 10/1

Caroline Wozniacki got off to a good start in her first-round match and looks set to have a good run at the tournament in which she reached the semi-final back in 2012. The Dane ended the 2017 season in good form, with a win at the WTA Finals and now would be the perfect time to win her first grand slam title and get 2018 off to a fantastic start.

Wozniacki is available at 10/1 with Unibet to win the 2018 Australian Open.

Other intriguing bets to win the 2018 Australian Open women’s singles title include Maria Sharapova (14/1 with Betfred), Belinda Bencic (22/1 with William Hill) and Madison Keys (20/1 with Betfred).