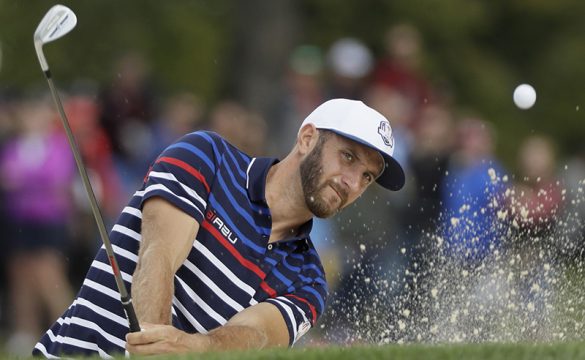 Rory McIlroy and Tiger Woods will lock horns in the Abu Dhabi HSBC Golf Championship next January to open their 2013 campaigns, with both players looking to lay down their markers for the year.

The world's top two players met in this year's tournament, with Woods getting the better of the Northern Irishman in the head-to-heads before losing out to Robert Rock, a development that stunned punters making golf betting tips.

While Woods may have gotten the better of his younger rival on that occasion, McIlroy more than had his revenge over the course of another sensational year for the 23-year old. Tiger picked up three tour victories to get himself back into winning ways, climbing back up to second in the rankings.

But McIlroy continued to eclipse the man who used to wear the king's trousers, clinching four tournament wins, including his second major title, not to mention the triumphant Ryder Cup victory, which the world number one played such a crucial role in.

He may still be some way behind the 14 major victories held by Woods but McIlroy is definitely showing that he has the talent to possibly challenge the American's intimidating total.

2012 has proven to many that Tiger is still a force in the game and definitely capable of adding another couple of titles to his major collection.

If Woods can find some real consistency next year, then he could have a chance of usurping McIlroy's popularity on the Betfair odds website, and challenging the Irishman for that number one spot.

Both players will be desperate to kick the new season off to a winning start when they meet in Abu Dhabi in January.