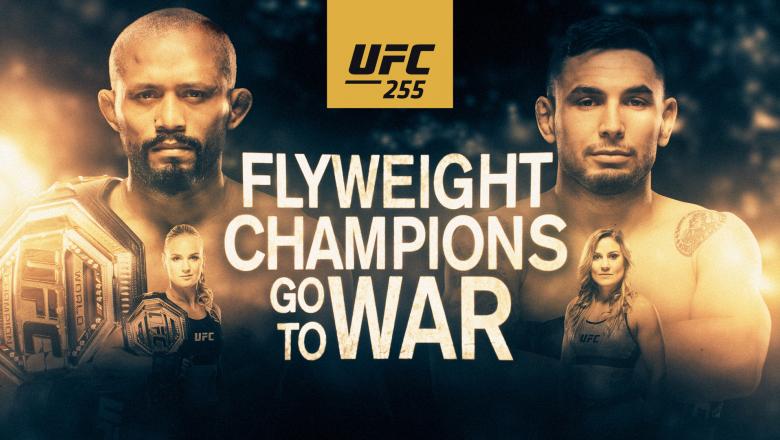 The UFC 255 pay-per-view event takes place this Saturday at the UFC Apex in Las Vegas, Nevada.

With just a few days to go for the event, let’s preview what should be an exciting main event between two of the most prominent finishers in the promotion. 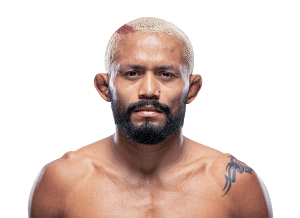 Figueiredo won the vacant flyweight strap following a completely one-sided and brutal first-round submission win over Joseph Benavidez back in July. “Dues Da Guerra” knocked Benavidez down an impressive three times in the first round before finishing things off with a rear naked choke that put the perennial contender to sleep.

Of course, he had already knocked Benavidez out in their February meeting earlier this year. However, an accidental headbutt leading up to the finish along with Figueiredo missing weight on that occasion meant a rematch was scheduled — and this time, there was no controversy.

In the process, the Brazilian went 8-1 in the UFC with six of those wins coming by way of finish. Holding wins over the likes of Alexandre Pantoja and John Moraga as well, he also further cemented himself as the best 125-pounder in the world.

He will now look for a first title defense against Perez as well as his fifth win in a row overall. 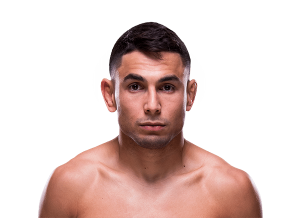 Figueiredo was initially scheduled to defend his title against former bantamweight champion Cody Garbrandt. However, Garbrandt had to pull out due to injury with Perez later getting the call to step in instead.

While Perez is a much smaller name than Garbrandt, he is by no means an easy outing for Figueiredo. The Dana White's Contender Series alumni is on a three-fight winning streak and is coming off arguably the biggest win of his career against longtime flyweight veteran Jussier Formiga — coincidentally the only fighter to inflict defeat on Figueiredo — where he TKO’d him with leg kicks in the first round of their UFC 250 clash in June.

Despite being four years younger than Figueiredo, the 28-year-old Perez notably has more experience as well with nine more fights under his belt and like the champion, he too, is a finisher with four of his six UFC wins coming by way of knockout or submission.

On the flipside, his only promotional defeat came at the hands of Benavidez who needed just one round to finish him via TKO. However, that defeat came in December 2018 and Perez has shown plenty of improvements since.

As aforementioned, both fighters like to finish their fights, at least in the UFC. Perez, in particular, utilizes plenty of volume and maintains a high pace as he owns the highest striking rate among active flyweights with 5.31 strikes per minute. This was on display in his knockout win over Jose Torres back in August 2018.

That said, he can be methodical with his pace as well as shown in his TKO win over Formiga and will likely do the same against the dangerous Figueiredo.

However, there is a major difference between the duo when it comes to their power. Figueiredo is one of the bigger flyweights and carries extraordinary power in his fists. This is clearly represented by him having the most knockdowns in flyweight history with eight.

In a nutshell, Perez can finish opponents with multiple strikes while Figueiredo will most likely need just one overhand to end the fight. He is also extremely accurate with his striking as he owns the second highest striking accuracy in flyweight history with 55.7 percent. It will certainly be an uphill task for Perez to keep the fight on the feet while avoiding Figueiredo’s power.

And so, it is likely Perez will mix things up and also primarily look to the ground as an avenue to win the fight given Figueiredo’s power and precision. With a wrestling background and a knack for neck submissions, Perez’s path to victory will more than likely be there rather than on the feet, especially if he is able to take Figueiredo down early on in the fight.

That said, Figueiredo is no slouch on the ground either. He boasts good takedown defense and is more than willing to counter takedown attempts with guillotines as well. He also has the highest submission attempt rate in flyweight history with 2.91 per 15 minutes so one lazy takedown attempt can result in the fight coming to a quick end.

This should be a great fight between two of the most exciting flyweights in the world. As previously mentioned, Figueiredo has plenty of ways to win the fight. As for Perez, mixing things up with leg kicks and wrestling will be key as is avoiding Figueiredo’s power punches. Whether he can do that for 25 minutes remains to be seen.

If this contest lasts more than two rounds, it’s very possible this could take up Fight of the Night honors. However, it could also end up being a Performance of the Night bonus for Figueiredo who will likely have too much in his arsenal not to come away with his first successful title defense.

Where to Bet on Figueiredo vs. Perez?