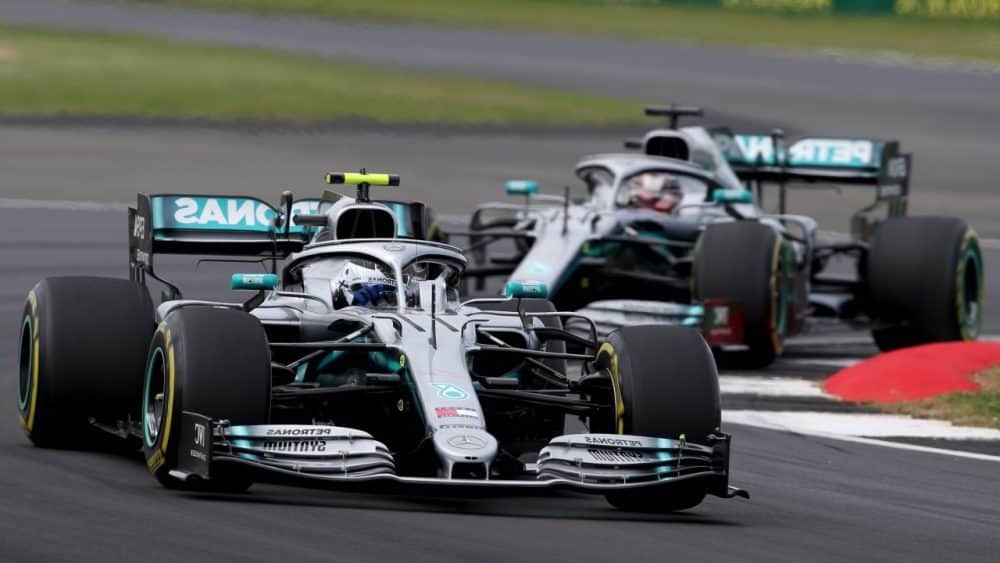 Hockenheim was an important turning point in the 2018 Formula 1 championships. Vettel had already beaten Hamilton in Hamilton's backyard and was leading the race in his own home until he crashed. He was topping the championship table until then but the crash would end up as a double blow as Vettel would lose his lead in the championship along with whatever edge he seemed to have over Hamilton.

Hamilton has been virtually unstoppable ever since and Vettel has been on a downward trajectory so much so that he is not even Hamilton's closest rival this year by a long shot.

After winning a record-equalling six times in Silverstone, it seems like there is every chance of another Hamilton master class on Sunday, but can something different be expected?.

Now that Vettel is out of the picture, it is Valtteri Bottas who poses any modicum of a credible threat to Hamilton. He did start the 2019 season quite well but Hamilton's brilliance soon overtook him and it is now that part of the season where Bottas has to catch up with Hamilton for any chance of a maiden title this year. He is currently 39 points behind the current champion and with 11 races to go, this is where Bottas has to start recovering some ground. It is going to be a tough challenge as Hamilton has won 5 of the last six races and has failed to win only thrice this year in ten races. The last time Bottas won was in Baku which was the fourth race of the season and if a title challenge is to come, this is where it has to start.

While things have been quite predictable at the very front, two drivers who have kept things entertaining over the last few races have been Max Verstappen and Charles LeClerc. Their wheel to wheel racing lit the race up in Austria and more of it followed in Silverstone. These two are expected to duke it out for the title at some point in the future. So far things have stayed relatively civil between the two but it is only a matter of time before they come to loggerheads with each other as many racing rivals have in the past. Will Germany be where that happens? Who knows and one of them could even challenge for the win if things go well for them and their teams.

The gripping mid-field battle will continue:

The mid-field has always been home to interesting racing. McLaren and Renault have locked horns and Alfa Romeo would love dearly to claw some ground back. Then there is Haas. No one can predict what shenanigans will take place at Haas. It could be on-field, off-field, or both.

It is now or never for Vettel:

Vettel has had a horrid year since that crash last year and things have only been getting worse. He crashed into Verstappen at Silverstone, a mistake that he owned up to but a mistake nevertheless. This was another error in judgment in a long line of such infractions since that detour into the barriers of Hockenheim last year so much so that speculation has been rife that Vettel might even retire at the end of the season. While retirement is implausible, Vettel must be feeling the heat and he needs to prove that he is still the top dog at Ferrari.

Will we see some racing at the front?

Unless the weather acts up, it will all depend on the qualifying and the start on race day and whoever manages to take the early lead can win unless they end up going for an excursion into the barriers. Bottas, Verstappen, LeClerc, and Vettel to some extent will be key to ensuring that Hockenheim doesn't end up being another of Hamilton's procession this year.