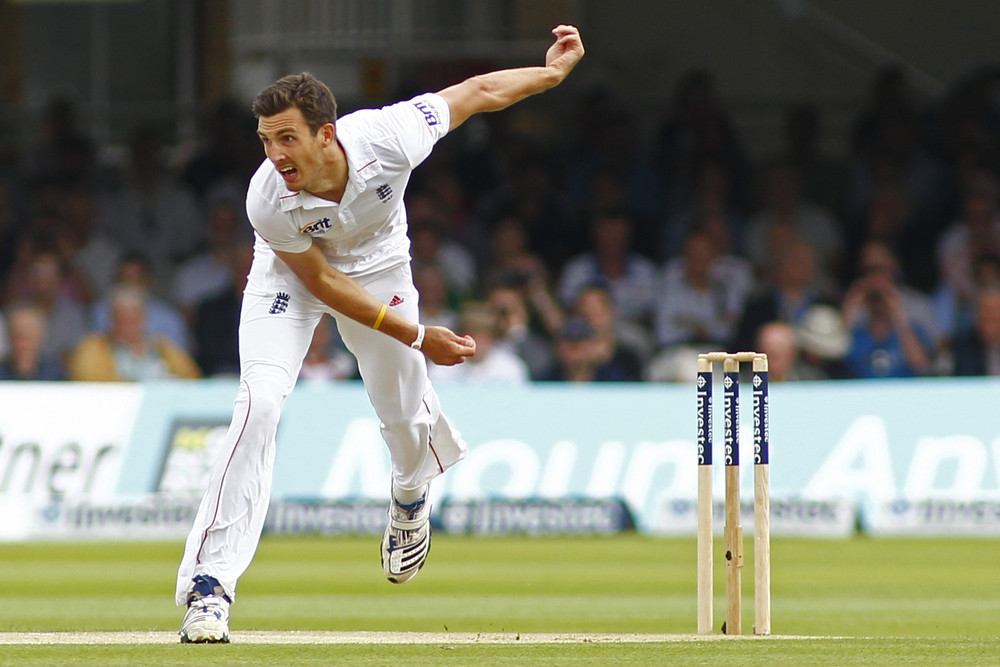 England fast bowler, Steven Finn, missed the opportunity to impress on a first day curtailed by the weather at Trent Bridge.

Finn, along with England skipper Andrew Strauss, was in action for Middlesex in an intriguing County Championship Division One match against high-flying Nottinghamshire, featuring international teammates, Graeme Swann and Stuart Broad.

Finn's day began in positive fashion bowling opener, Neil Edwards, for a golden duck but the rest of Wednesday belonged to England Test hopefuls, Alex Hales and Michael Lumb, as they led the home side to 132-1 at the close. Finn finished with figures of 1-42 from his 15 overs.

With Warwickshire not in action, this week, Notts need five points to leapfrog the leaders at the top; they made a controlled start to their first innings. Hales hit 13 fours to register his highest score of the season (71 not out), while Lumb reached 51 before rain ended proceedings mid-afternoon.

Only 42 overs were possible on a frustrating opening day, with Finn the sole England international on show. The Notts crowd will have to wait to see Strauss go head-to-head with Swann and Broad.

Hales is one of those hoping to capitalise, should the England captain extend his barren spell, this summer. Strauss has scored only one century in his last 50 Test innings, and is in desperate need of international runs.

A score against a strong county bowling unit would build confidence going into the first Test against the West Indies at Lord's, on May 17. England are the current favourites for the win in the Test series on Betfair.

Hales, who was overlooked for the England Lions side for their match against the tourists, this week, will be hoping to complete his fifth first-class century, on Thursday, in a bid to push himself back into the international reckoning.

Middlesex are outsiders for the County Championship title, according to the best cricket betting tips, despite standing third in the table. Notts are well-fancied, at second favourite in the odds.