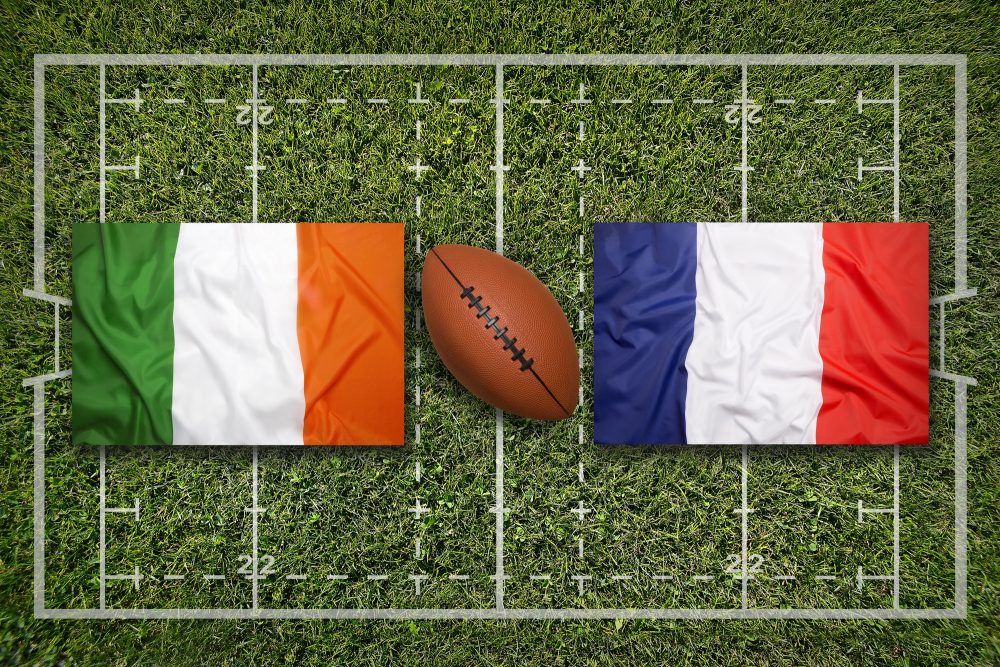 For years the French team was a source of frustration and sometimes amusement. There was always the notion that you never knew which team were going to turn up, the fast free flowing length of the field scoring magicians, or the shambolic, slow, unfit rabble. For a long time it was the latter.

But now, that has all changed. France have gone through coaches at an astounding rate. If they didn’t produce the goods, they were swiftly ejected. At the end of 2019, the French rugby union turned to former scrum half and captain Fabien Galthie. He was quick to recruit former France and Wasps hooker Raphael Ibanez along with former Wales defence coach, Sean Edwards.

They have invested in young players and have turned the French team into a professional and exciting outfit. It’s clear to see the impact that Sean Edwards has had on the team. The defence is solid and more importantly they are well motivated. Previous French teams have suffered with poor discipline but that has improved massively.

In my opinion they are the most dangerous attacking team in world rugby at the moment, and the scary part is they are nowhere near their full potential yet. They are disciplined, organised, and talented and it will take a very good team to beat them.

They have found some formidable half backs in Antoine DuPont, Baptiste Serin, Matthieu Jalibert and Romain Ntamack. DuPont is arguably the best rugby player in the world. Last weekend against Italy he delivered a sublime pass to Arthur Vincent to score under the post. It was effortless and a reminder of French flair from years gone by.  They are currently ranked 4th in the world rankings with Ireland in 5th.

Ireland stuttered last weekend against Wales. That was mostly down to them losing Peter O’Mahony after 12 minutes following an illegal clear out at a ruck. His actions also mean that they will be without him for the next three matches due to a ban. Against a struggling Wales team, it was a game that they probably should have won.

In that match Johnny Sexton also left the field after taking a blow to the head. At the time of writing, he appears to be on course to be available for selection against France. He is among the best fly halves in the world and their most experienced player. As captain he is vital to their campaign to win the championship.

There was a notable return on the weekend of Tagdh Furlong to the front row. The Lion brings a lot of experience to the team and power to the Irish scrum. The forwards are now being coached by Paul O’Connell; a talisman of Irish rugby who will pass on a wealth of knowledge and important lessons learned from some tough matches from the past.

The last time Ireland played France was in October 2020. It was a close game with France winning 35-27. Ireland is a great team with some fine players but I think they are going to find this encounter tough.

They are up against the best French team we have seen for some time. Both teams you could argue are in transition, but France are definitely further along in their journey.

They have fine defensive coaches. Ireland head coach Andy Farrell was previously their defence coach and did the same role with England too. France have Sean Edwards, formerly the highly successful Wales defence coach.  There won’t be much between the teams in defence. But they’ll go into this match with very different ideas in attack.

I think the Irish will play a very pragmatic game and they’ll focus on taking the French on in the set piece. Ireland possesses some dangerous runners like Henshaw, Ringrose, Larmour and Lowe but they won’t want to get into an open battle with France. Ireland will look to play to their strengths and keep it tight.

They have a powerful set of forwards and great kickers in Johnny Sexton and Conor Murray. Tactically they will keep it simple and if executed well, it could take away Frances strength in attack. When possible, I foresee a lot of kicking to touch in the French 22. Lineout disruption on French ball and rolling mauls when Ireland has possession.

France is going to want to play the game at pace and get their dangerous backs involved as much as possible. If they can do this, I don’t think the Irish will be able to live with them. Last weekend, admittedly it was Italy; the French half backs varied their game extremely well and were constantly changing the point of attack.

In 2020 six nations, stats show that they carried the ball the second fewest times yet scored the most points. A sign of how clinical they have become and when the opportunity to score is there, they take it.

I have no doubt that Ireland will be highly motivated for this game. Like England and Italy, the Grand Slam is gone. But they still have a chance if other results go their way to win the Championship. They need to be precise in everything they do. Kick the points when they are on offer, boss the set piece and stop the French building momentum.

For France, they need to continue what they have been doing for the past 12 months. Play a fast game, move Ireland around with intelligent kicking. Keep changing the point of attack and above all else, keep their discipline. Sexton will punish them with the boot if they don’t.

This promises to be a great clash. Unlike Italy last weekend, Ireland will give France a proper examination. I think France will take the win by 10 points.