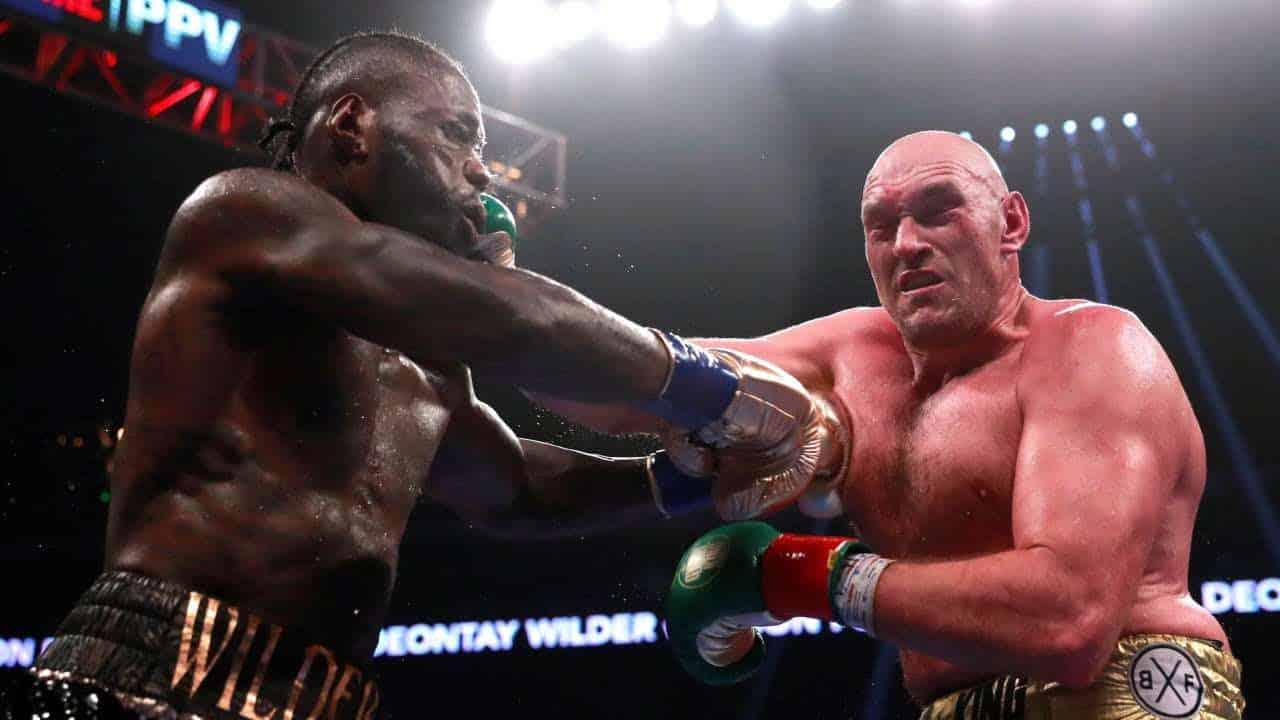 Tyson Fury v Deontay Wilder II is on. Heavyweight superstars Deontay Wilder and Tyson Fury will renew acquaintances on February 22 in the MGM Grand, Las Vegas. It's a battle that will capture the attention of not just boxing fans but sports aficionados on both sides of the pond.

After fighting to a draw in late 2018, the stage is set for a “settler”. Wilder holds the WBC title, while Fury, technically beltless, once held all of the marbles after beating Wladimir Klitschko and is classed by many as the lineal champion.

After Anthony Joshua erased the bitter memories of his shock defeat to Andy Ruiz Jr in New York in June, by outboxing Ruiz in their December rematch, the heavyweight division is once again alight and crying out for an undisputed king.

Wilder and Fury now have their chance to step forward and challenge Joshua for true supremacy.

Regarding the big fight odds, Bet365 have Wilder as an 11/10 favourite to retain his world title.

Wilder’s ability to remove his opponents devastatingly early may tempt punters towards the Bet365 33/1 or 28/1 on offer for a first or second round KO respectively.

Bet365 make it a 33/1 on a Wilder KO in the 12th and final round may also prove tempting, especially given Wilder’s last-round knockdown in the first fight.

Wilder’s Bet365 odds for the knockout slim right down to 16/1 across rounds 5-7, indicating where some think he is at his most dangerous.

As for Fury, not noted as a huge puncher, the Wythenshawe man is priced at 66/1 with Bet365 in the opening two sessions.

Fury is 5/6 with Bet365 to go the distance and anyone fancying a repeat of the first bout may opt for a flutter on the draw at 22/1.

Never one to shy away from some hyperbole, veteran American promoter Bob Arum, whose reputed Top Rank organisation promote Fury, has predicted the fight to sell over two million Pay-Per-Views.

These types of numbers are unprecedented in recent years by anyone other than the likes of Floyd Mayweather – but Arum lives in hope, believing that the link-up between ESPN (who are invested in Fury) and Fox Sports (who handle Wilder) will drive the viewing figures.

Fury has been promoted by Frank Warren back in the UK, appearing on BT Sports domestically, but rumours suggest that he is courting Eddie Hearn and the lucrative Sky Sports PPV market for this return fixture.

Fury’s popularity has skyrocketed of late, with book deals, duets with Robbie Williams and an appearance in the WWE helping to build his brand.

While Deontay Wilder continues to work with long time trainer Mark Breland (a venerated former pro and Olympic gold medallist) the Fury pantomime has carried on behind the scenes.

Fury has opted to link-up with Detroit trainer Sugar Hill, a protégé of the late, great Manny Steward, for the bout, and base himself in the legendary Kronk Gym.

The casualty of this switch is now-ex-trainer Ben Davidson, a rookie coach who was attributed with turning Fury’s career around and aiding his massive weight loss campaign.

As Davidson makes way, the old adage in boxing strikes again: if you want loyalty buy a dog!

The two heavyweight behemoths in the main event are, of course, no stranger to one another. The pair met in December 2018 in Los Angeles in what turned out to be an intriguing war of attrition.

Views were conflicted on various sides of the pond over who actually won the fight, as it ended in a drawn verdict that meant both men remained unbeaten and Wilder retained his coveted WBC world title.

Many felt that Tyson Fury’s movement and boxing ability had confused Wilder for large portions of the contest and that he should have been granted the decision.

Others felt that Wilder’s patient stalking pressure, adding to the fact that he scored two separate knockdowns, should have secured him the decision.

Fury moves extremely well for a big man. His propensity to avoid Wilder’s bombs in the most part was impressive, and forms the basis for fans and pundits picking him to complete the job he started in 2018.

Wilder bloodied Fury’s nose in the fourth round and dropped his UK adversary in round nine with a glancing blow to the ear. It appeared this was the chance Wilder had been waiting for, but he failed to ultimately capitalise and Fury boxed his way back in to the bout.

That was until the huge drama of round 11 when Fury was introduced to the canvas for a second time, courtesy of a right hand, followed by a left hook that sent Fury down and seemingly out.

Referee Jack Reiss took up the count as Fury somehow rose to his feet, from the point of certain defeat to resume the fight, see out the round and take home a draw.

The bout was televised on Showtime Pay-Per-View in the United States and BT Sport Box office in the UK. The judges handed in scores of 114-112 to Fury, 115-111 to Wilder and a 113-113. It was inevitable that they would do it all again, and February 22 will present that opportunity.

Since the first fight both men went their separate ways and have been reasonably active in the interim period.

Fresh from the draw the champion Wilder was next sighted in the Barclays Center, Brooklyn, defending his title against Dominic Breazeale.

Only beaten once before – by Anthony Joshua – Breazeale was relatively tough and durable, and the fight had added spice given that the pair had engaged in some pre-fight “beef” in a hotel lobby.

Wilder was in no mood for messing around and blitzed Breazeale in a single session. Sending his face wobbling from the ferocity of his right hand, the bout was terminated in one round.

After that, Wilder had a rematch with Luis Ortiz in November of 2019.

Despite knocking out Ortiz in their first fight, many fans deemed Wilder to have unfinished business after the Cuban had managed to hurt the Alabama native with a right hook.

Ortiz did have patches of success, which he continued to enjoy in this Las Vegas rematch.

Ortiz’s jab and left cross were piling up the points as a passive champion stalked and posed. The old faithful right hand landed by Wilder came out of the blue, but once it found a home, Ortiz’s second challenge was instantly finished.

In the meantime, Tyson Fury has also had two contests.

Firstly, he wowed the American public with a dominating display over unbeaten Tom Schwarz in June, 2019.

Despite holding a 24-0 record Schwarz was grossly untested at any reasonable level. Fury ruthlessly exposed the German’s limitations with a one-sided knockout victory inside two rounds.

Next, he was served up another unbeaten European in the form of Otto Wallin.

Boxing in Las Vegas in September of 2019, Fury was expected in some quarters to put in a similar showing as with Schwarz.

It turned out that southpaw Wallin was made of sterner stuff and the Swedish boxer caused Fury a fair few issues before running out of steam.

Matching Tyson for size and being surprisingly mobile in his approach, Wallin buzzed Fury and caused a monstrous cut over his right eye.

It was feared that the laceration -which required 47 stitches to enable it to heal- would further postpone the Wilder rematch but all parties are confident that it will be sufficiently healed come fight night.

Fury won the facile WBC Mayan belt for his troubles as he saw out the final rounds to win on all three judges’ cards.

He’ll be hoping the judges have similar scores in mind come February 22 if he is indeed able to avoid Wilder’s massive right hand and make it to the final bell.