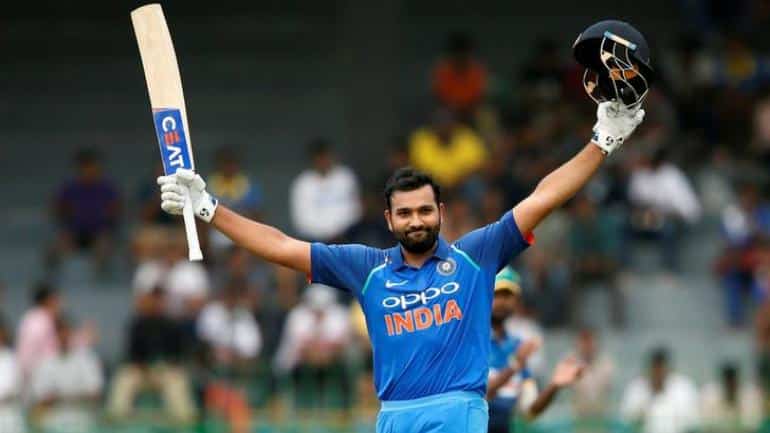 India maintain their 100 per cent win record against Pakistan in World Cups.

India maintained their cent per cent winning record against Pakistan in World Cups when they registered their seventh consecutive victory over their sub-continent rivals at Manchester on Sunday evening. In one of the most anticipated cricket encounters of the year, Pakistan crashed to 166-6 in response to the impressive 337 posted by India before rain interrupted play. By the time play resumed and the Duckworth-Lewis formula came into play, Pakistan were staring at an impossible task of scoring 136 runs from just 30 balls.

The Indian innings was built up on a fine opening partnership between vice-captain Rohit Sharma and KL Rahul, who filled in for the injured Shikhar Dhawan. Sharma was imperious in his magnificent knock of 140 that came off just 113 balls, while Rahul was quieter than his usual belligerent self, eking out a stoic 57 from 78 balls. Skipper Virat Kohli contributed with an attacking 77 from 65 deliveries while reaching a personal landmark of 11,000 runs in ODIs (50 over games). Kohli became the fastest man to reach that figure achieving the milestone in 222 innings, taking 54 innings lesser than Sachin Tendulkar's 276.

Pakistani bowlers were flayed mercilessly with the likes of Wahab Riyaz and Hasan Ali going for as many as 71 and 84 runs from their quota of 10 overs. The lone man to impress was Mohammad Amir with 3 wickets from 47.

The Pakistani run-chase was under pressure right from the word go in front of a vociferous crowd dominated largely by Indians.

Chasing the mammoth target set up by the Indians, Pakistan lost their first wicket for 13 to a most unlikely Vijay Shankar (coming in for an injured Bhubaneshwar Kumar who had to leave the field midway through his third over). Babar Azam (48) and Fakhar Zaman (62) added 104 runs for the second wicket, raising Pakistani hopes with some confident stroke-play. But against the run of play, Kuldeep Yadav scalped both batsmen in quick succession before another two fell in the space of just 2 runs. From an impressive-looking 117-1, Sarfaraz Ahmed's men crashed to a wobbly 129-5. The experienced Mohammed Hafeez and Shoaib Malik (who was out to a first-ball duck to Hardik Pandya) could barely do much to stem the rot as their side tottered to 166-6 and there was nothing to stop an Indian win.

While the majority of the crowd would have gone home satisfied without waiting to see the final 30 balls post the rain-break where the players simply went through their motions. It was a lackluster ending to a match that promised so much. This was the marquee game of World Cup 2019 – a sell-out crowd, streaming to over one billion TV viewers and other platforms and a staggering 700,000-plus ticket requests, but it ended with Pakistan knocking the ball around in front of half-empty stands.

Pakistan, with this defeat are only a place away from the bottom of the 10-team table, garnering just 3 points from their 5 games (1 win, 1 no result and three losses) and look to be on their way out of the Cup. India moved smartly up to the 3rd spot with 7 points from four games making their place in the semi-finals a distinct possibility now with just five games to go in the round-robin stage.