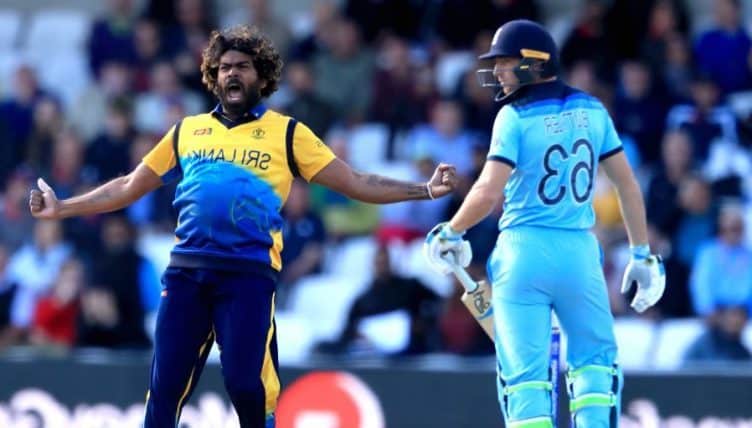 Sri Lanka pulled off one of the biggest upsets of the CWC 2019 when they beat England at Headingley on Friday, thus breathing fresh life into the tournament. The South Asian island nation chose to bat after winning the toss and were quickly down by a couple of wickets with only 3 runs on the scoreboard. But a swashbuckling 49 from Avishka Fernando that had two sixes off England speedster Joffrey Archer and a neat 46 from Kusal Mendis managed to salvage things for the Lankans as they reached 100 for 3 from 23 overs. But a middle-order collapse left the islanders gasping as they struggled to reach 232 from their 50 overs and they could have been worse off had it not been for a superb unbeaten 85 from the bat of skipper Angelo Matthews and some rearguard action from Dhananjaya de Silva's who made 29. The lopsidedness of the Lankan innings was borne out by the fact that seven of their eleven players were able to scrounge up just 11 runs.

For a side that notched up 300-plus in eight of their last nine innings, 232 should have been a walk in the park for England. But the innings got off to a bad start with Lasith Malinga trapping Jonny Bairstow LBW in the first ball and later getting James Vince caught at slip from a lovely out-swinger with the scoreboard reading just 26. Joe Root continued his tremendous run of form in the World Cup with a steady 57 before he was caught behind with England's score reading a much healthier 127-4. At 144 for 4 from 32 overs, the home team looked to be on track but lethal spells from Malinga once more and spinner Dhananjaya de Silva reduced England to 186-9. Despite a last gasp fight from Ben Stokes, his 82 not out went in vain and was just not enough to see England through, the innings eventually folding up for 212. Sri Lanka won by 20 runs thanks to one of finest spells in the current World Cup by Malinga who finished with figures of 4 for 43 from his 10 overs. One cannot be ignoring the brilliant spell of 3 for 32 by de Dilva that triggered the English mid-innings collapse.

A Lankan side who seemed to be on the brink of an exit, live to fight another day while England's job has suddenly been made more difficult what with matches against the other three top sides – Australia, England and India – on the anvil. England still are in the 3rd spot with 8 points from 6 outings after the Headingley defeat but to qualify for the Final four they will have to win all of those remaining 3 games which would be no mean feat. Lanka have fixtures against South Africa, West Indies and India in hand and would consider themselves in with a fighting chance for a place in the semis.