5 Prop Bets for the Super Bowl 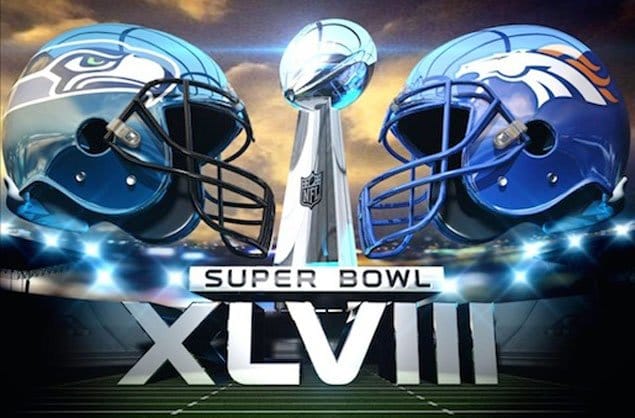 So, what if you happen to be a football fan with no vested interest in the outcome of Super Bowl LIII?.

What happens if you really don't have any really compelling reason to root for or against the Atlanta Falcons or New England Patriots?.

Simple: you look at the Prop Bets for the Super Bowl.

This is how you can make the Super Bowl more interesting for yourself, outside of simply enjoying the last football game of the season.

Make a few wagers on the prop bets. While sportsbooks often allow you to make individual and interesting wagers for many of the 256 regular season and 10 postseason games that take place before the Super Bowl, the number of individualized and highly niche prop bets you can make for the Super Bowl is pretty amazing.

Here is our list for five interesting, cool, and fun things you can bet on for Super Bowl LIII:

The odds are basically even for all of these bets, so basically, you can make wagers on the coin toss which give you the same odds as the result of a coin toss in general.

When it comes to the actual game play itself, one of the first bets you can make is about the first scoring play of the game.

Accordingly, the odds you'll receive when making a wager on each of those are commensurate with the likelihood it'll happen. But if you want to get more granular with this type of bet, the sportsbooks will allow you to do so.

The player who wins the Most Valuable Player (MVP) award for the Super Bowl is often forever-remembered for their performance in the biggest game of the year.

If you're correctly able to predict who wins the MVP award for the game before the game actually happens, you could stand to win a lot of money. Historically speaking, quarterbacks win the MVP award over 50% of the time in these games. As such the return for these bets may not be as lucrative if you wager conservatively. However, in 23 out of the 50 Super Bowls played, the MVP was not a quarterback, so if you happened to correctly predict the non-quarterback that wins the MVP award after the game, the returns are much, much higher.

For instance: in Super Bowl 50, people who predicted that outside linebacker Von Miller of the Denver Broncos would win the MVP award were getting 20-to-1 odds, meaning they would get back $20 for every $1 spent. That's a fantastic return on investment.

If he plays well, that performance will be remembered for years to come. That's why the Super Bowl MVP is the quarterback, more often than not. If he performs poorly, he could live in infamy. Given that, there's no player on the field with more position-centric bets than the quarterback.

In addition, you can also make simple bets on whether a quarterback will pass certain statistical thresholds. For instance, in Super Bowl 50, you could make wagers on whether Cam Newton or Peyton Manning would throw for more than 350 yards, run for more than 50 or 100 yards, throw for a certain amount of completions, or even simply score a rushing touchdown themselves.

Even though quarterbacks are usually the most visible and well-known players on the field, that shouldn't take away from the ability to make wagers on the performance of all the other guys who also share the field.

Sportsbooks will often take wagers on different performance measures for nearly every other skill position player on offense, and highly-regarded players on defense.

In Super Bowl 50, you could not only make wagers on which individual player will lead their respective teams in rushing or receiving, but you could also make wagers on each of 10 different offensive skill players, as to whether they'll exceed a certain threshold of rushing or receiving yards (based on an established over/under number that is set).

As an example, the odds for correctly wagering that running back C.J. Anderson of the Denver Broncos would lead his team in rushing were +130 (or 1.3 to 1).

The odds for correctly wagering that wide receiver Emmanuel Sanders of the Denver Broncos would lead his team in receiving was +325 (or 3.25 to 1).

Similarly, on defense, the sportsbooks place odds on whether some individual (and often highly recognizable) players will record a certain number of tackles or sacks during the game.

Best Sportsbooks to place Prop Bets for the Super Bowl