Who Will Win The Premier League – Top 3 Players 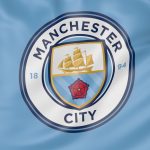 Not just that, Pep Guardiola's side became the first side in EPL history to notch up 100 points on the table, score an astonishing 106 goals and win 32 out of 38 games which is a new benchmark.

As far as consistency goes, no other side in the Premier League can match the Citizens' record in recent years. They have been the only outfit to reach the Top Four since 2010-11 and have won 3 of the 8 titles since then.

This season should be no different. Sergio Aguero is expected to be City's mainstay, being the side's top scorer for an incredible 7 seasons on the trot. The Argentine striker managed 30 goals last EPL season despite attempts by Guardiola to sideline him in favour of Gabriel Jesus.

Aguero in fact provided the very brief moments of joy for Argentina in an otherwise dismal World Cup campaign for the Albiceleste, scoring brilliant goals against Iceland and France. He is expected to be share the bulwark of the attack with the 21-year old Jesus and Raheem Sterling.

For the upfront trio, support will come from one of the best in the business, the amazing Kevin De Bruyne, whose defense-splitting passes have been the undoing of countless teams.

The surprise German World Cup omission, Leroy Sane, will be another whose lightning movements down the flanks will worry rivals no end. The arrival of Riyad Mahrez from Leicester City on a £60 million deal will lend even more beef to the City attack.

The defense could be a bit of a weak link for City with Nicolas Otamendi and Benjamin Mendy not in the best of forms. Much will depend on the fitness of the injury-prone Vincent Kompany, but the presence of Kyle Walker and John Stones could be expected to make up for any deficiency City may have at the back.

As far as scoring goes, Gabriel Jesus could be in contention for the top-scorer slot. The young striker scored an impressive 21 goals from just 25 games having had to spend a sizable part of the season out with injury.

This time around with more games under his belt, chances are that he could outscore everyone. Odds-wise, Jesus is next in line to Harry Kane and Mohammed Salah as the top scorer for the 2018-19 season.

Although it would be difficult to repeat last season's phenomenal performance, given that there could be stiffer challenges expected from the likes of Liverpool, Manchester United and Chelsea on the back of huge acquisitions, the Citizens are still favourites to lift their 4th title of the decade.

Compared to the staggering £255 million spent in bringing in talent to the Etihad in 2017-18, Guardiola's only major spend this season has been on Mahrez, which is understandable given the huge wealth of talent his team already possess. 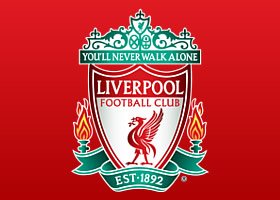 Liverpool would very much like to continue where they left off last season when Jurgen Klopp's men were in a rampaging mode in the concluding stages, beating the near invincible Manchester City thrice include a drubbing in the two-legged Round of 8 encounter of the UEFA Champions League.

The Reds almost had European glory in their grasp but for goal-keeper Loris Karius's double-howler in the final against Real Madrid. Klopp is not taking any chances on that score this time, paying top dollar to bring in Brazilian and Roma custodian Alisson Becker for a staggering £70 million.

The defense will still need mending considering the Reds conceded the most goals among the Top 10 of the Premier League last season. Virgil van Dijk's arrival from Southampton seemed to give it some stability but it could be still vulnerable to high-quality attacks.

Jurgen Klopp's accent is still on offense. Even the mid-field acquisitions of Naby Keita and Fabinho combinedly costing close to £100 million are attack-oriented. While the attack will be obviously spearheaded by the record-breaking Mohammed Salah, Roberto Firminio and Sadio Mane, the advent of Stoke City striker Xherdan Shaqiri costing £13 million underlines Klopp's over-emphasis on offense.

The return of Alex Oxlade-Chamberlain from his prolonged injury hiatus will further give teeth to an already dangerous attack. Even 19-year old back right-back Trent Alexander-Arnold has shown great attacking intent with a propensity to move quickly down the flanks and create scoring opportunities.

The mid-field with the likes of Adam Lallana, Jordan Henderson and new acquisitions Fabinho and Keita will easily be the most formidable among Premier League teams. The attack bench-strength will also be strong comprising of forwards like Daniel Sturridge, Divock Origi and Dominic Solanke.

Klopp will most probably stick to his 4-3-3 false-nine approach that allows two wide forwards room to exploit their front line’s blistering speed and finishing.

There's no reason why Mo Salah, Firminio & co. should not carry on their good work of the previous season and help the Reds to plenty of goals.

This time around, Liverpool have in Alisson a custodian who knows his craft well, so possibly less goals conceded going ahead. All this makes for a heady cocktail of ultimate success.

This could be Liverpool's best chance to bring the Premier League title to Anfield for the first time since 1990 and the odds of 9/2 to emerge second behind favorites Manchester City could improve dramatically as the League progresses.

Incidentally, odds are on Mo Salah (5/1) to emerge as the 2nd best scorer after Tottenham's Harry Kane going at 5/2. As far as scoring the most number of goals by a team, the odds are on Manchester City to notch up the most at 1/3 and Liverpool next at 10/3 (a chance worth taking).

Will the Red Devils become Premier League champions despite odds?

After being dislodged from the Top 4 in three of the previous four Premier League seasons, Manchester United had a much improved 2017-18 under Jose Mourinho when they came next best to champions Manchester City. 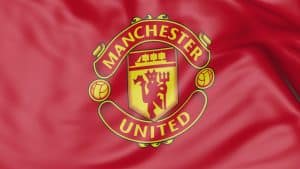 But the huge 19-point gap is something they will rue about, considering they had one of the best- ever starts to a season.

Much of Jose Mourinho's woes in the latter half were owing to problems in the central defense for which he is looking at the likes of Leicester City's Harry Maguire and Tottenham's Toby Alderweireld who also possess the ability to get goals.

The teenage full-back Diogo Dalot from Porto is another defensive acquisition although it remains to be seen if he will be given serious exposure going ahead.

Mourinho chose the 4-3-3 system as the season went on, replacing the 4-2-3-1 he had started off with. But the 4-3-3 formation seemed to be losing steam with strikers Romelu Lukakau and Alexis Sanchez less effective upfront towards the end.

Which is why Marcus Rashford will have to be given more playing time than he did in the 2017-18 season when he came in late into games to have any worthwhile effect on the proceedings.

Paul Pogba, Romelu Lukaku, Marouane Fellaini, Victor Lindelof and Jesse Lingard are back from impressive World Cup campaigns and are likely to have an impact on future proceedings.

The acquisition of Fred for £52 million from Shakhtar Donetsk shouldn't make a considerable impact in the midfield space that already has the likes of Nemanja Matic, Anders Herrera, Fellaini and Pogba crowding it.

The presence of Ashley Young who can double up as both winger and back and possesses the ability to play on both flanks as he so impressively demonstrated for England in Russia, will be a great asset to United going into the 2018-19 season.

With the clamour for a Real Madrid move by David de Gea having died down, the Red Devils will still have the services of arguably the world's best goal-keeper and along with the likes of Antonio Valencia, Eric Bailly, Harry Maguire and Ashley Young will make up the most formidable defense among all Premier League teams.

Defensive names like Phil Jones and Chris Smalling are likely to be sidelined having fallen out of favour with Mourinho and will have to do more than their bit to get back into the Portuguese coach's good books.

Nevertheless, in De Gea, Matic, Fellaini, Pogba, Lukaku, Anthony Valencia and Alexia Sanchez, United do have the core of a championship-winning side. The probabilities of being 19 points behind to any team this time around look remote.

The guys from Old Trafford are serious contenders and at odds of 13/2 are just behind Liverpool's 9/2 and favourites Manchester City 8/13 to take the EPL crown.