Who will win the Premier League? it's the question all punters are asking. As Premier League clubs embark on their preseason training schedule, with players returning from their holiday, all thoughts are turning to the 2017/18 Premier League season.

Much will happen before the season kicks off on Friday 11th August. The top teams will be hoping to bring in the players they require to mount a challenge for the Premier League title. Arsenal welcome Leicester City to the Emirates Stadium for the first match of the new season. However the odds of a rank outsider winning the league, like Leicester did in 2015/16, are slim. 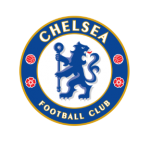 The defending champions are Chelsea. The Blues caused a small upset in many people’s eyes by winning the Premier League last season. It was Antonio Conte’s first season in the Premier League. Following their struggles of the season before, nobody expected Chelsea to mount a serious title challenge.

However, at the time of writing, Chelsea are struggling to compete for the players they want in the transfer market. Striker Diego Costa will not join up with his teammates for pre-season training. It appears the 28-year-old is going to make a return to Atletico Madrid.

It is thought Conte wanted to replace Costa with Romelu Lukaku but Chelsea missed out on the Belgian and may be forced to bid for Alvaro Morata instead of their first-choice target. Still, Conte has managed to bring in defender Antonio Rudiger from AS Roma. This will boost his options at the back but will this be enough to see the Blues retain their title?.

A best priced 7/2 for Chelsea to win the 2017/18 Premier League. However with Chelsea's rivals spending big in the transfer market and Champions League football to play, top spot may be out of reach next season.
Chelsea are Best Odds 7/2 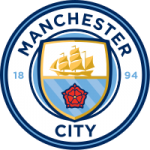 The bookmakers favourite heading into the 2017/18 Premier League season is Manchester City. Pep Guardiola found life tough in his first season in English football. However he will be hoping to come back better for the experience. His failure to win a trophy was keenly pointed out by his rivals. The hype surrounding the Spaniard’s appointment did not help the club reach their targets.

The 2017/18 season may start with less anticipation in terms of Guardiola’s presence in the Premier League. The  target will be the same however. Manchester City to win both the Premier League and the Champions League. Over £75 million has already been spent on midfielder Bernardo Silva and goalkeeper Ederson. However, they struggled defensively last season. Unless they bring in a commanding central defender and at least one full-back we could see more of the same. 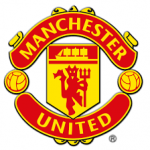 Their cross-city rivals, Manchester United have also made two big money signings in defender Victor Lindelof and striker Romelu Lukaku. The Red Devils were disappointing in the Premier League last season. It got to the point where Jose Mourinho was focussing on the Europa League. This as a means to the Champions League rather than domestic football.

Ultimately, it was a good season for Manchester United, who were too inconsistent in the Premier League. However they won two trophies and qualified for the Champions League. Mourinho will be looking for a huge improvement at home in the 2017/18 Premier League season, especially against lower placed teams.

While Guardiola and Mourinho were struggling to live up to their reputation, Tottenham Hotspur exceeded all expectations last season under Mauricio Pochettino. A second-place finish plus finishing above Arsenal for the first time in 22 years was a great achievement. The question is, can Pochettino take Spurs one step further and win the Premier League?.

Priced at 10/1 to win the 2017/18 Premier League title, Spurs have shown improvement every season under Pochettino. However the only way he can improve on last season is by winning the league. Perhaps their biggest hurdle will not be what happens in the transfer market but how well they cope with playing at Wembley.
Tottenham are Best Odds 10/1.

During their 2016/17 Champions League campaign, Spurs struggled badly at Wembley. Opposition teams will be relishing the opportunity to play at the home of English football. Without a home ground as such, Spurs could find life tough next season. It will be interesting to see how Spurs cope under the Wembley arch. 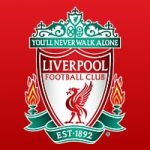 One club who will be hoping to make the most of any slip-ups from the likes of Manchester City and Tottenham Hotpsur are Liverpool. Having finished fourth last season, Jurgen Klopp has taken Liverpool back to the Champions League. Klopp will be hoping to finish higher in the league in the upcoming season.

Defeats to teams in the lower half of the table proved costly once more. This is something Liverpool must eradicate if they are to challenge for the title. The pace of Mohamed Salah will add another dimension to their attack. The  goalkeeping position however remains questionable. The same applies to the central defence and left back positions.

Can Arsenal last the Distance? 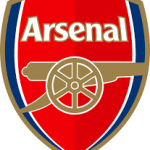 The only other club with a realistic chance of winning the 2017/18 Premier League title is Arsenal. Arsene Wenger has committed himself to the club, despite the anger of many Arsenal fans and has already spent big on striker Alexandre Lacazette.

The key will be keeping Alexis Sanchez and Mesut Ozil at the club, while adding players in other key areas of the team, such as central midfield. Even if Wenger can keep Sanchez at the club, his involvement in the Confederations Cup means it has been a long time since the forward enjoyed a prolonged rest. If Sanchez is not at his best or not at the club next season, Arsenal could struggle.

However, being in the Europa League means Wenger will have the opportunity to rotate his players in mid-week, whereas the five clubs involved in the Champions League will not have that luxury.

Arsenal are 12/1 with William Hill to win the 2017/18 Premier League and are sure to make a decent start to the new season. It’s how they cope with any setbacks from Christmas onwards which will define their season.
Arsenal are Best Odds 12/1 at William Hill

Who will Win the Premier League Conclusion

The 2017/18 Premier League could be one the tightest we have ever seen in terms of the title race. Manchester City, Manchester United and Chelsea are the three early contenders but you cannot write off Tottenham Hotspur, Liverpool and Arsenal.

Who will Win the Premier League?

Who will be Relegated from the Premier League?